Two Very Highly Recommended From Down Under. 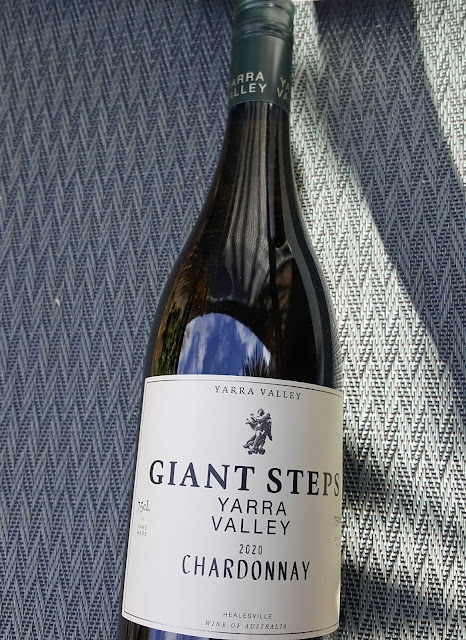 Colour is a light and bright straw. Quite a nose with citrus and melon prominent. All nice and gentle so far. But, like an over-enthusiastic handshake, it grips the palate, getting your attention with bright fruit flavours and an unmistakeable acidity. Soon though you relax. This has loads of very easy-to-like personality, that fruit and acidity in perfect harmony all the way through to the delightfully lingering finish. A stylish and complex wine wine, it is a super introduction to the Yarra Valley and is Very Highly Recommended.

All this after a rollercoaster of a vintage in 2020, though the Yarra Valley were luckier than other parts of Australia. The Yarra began with a cool wet spring, a dry December, then a mild February, punctuated by a few significant rain events. The Yarra team were stretched. Chardonnay yields were lower than average but a consequence was that naturally high acidity and those incredible fruit flavours. It’s an ill wind…

Prior to pursuing his passion for wine, Giant Steps’ Steve Flamsteed developed many culinary passions, including cheese making, which would take him to France to study his trade. But it was after working in Beaujolais that he was inspired to become a winemaker. Steve graduated with a Bachelor of Science in 1993 from Roseworthy Agricultural College.

Prior to joining Giant Steps as Winemaker in August 2003, he worked for Leeuwin Estate in Margaret River and Yarra Burn Winery in the Yarra Valley. Steve is a Len Evans Scholar and has completed several vintages overseas, including in Alsace and Brouilly, and is an experienced show judge.

The vintage: 100% hand-picked, all fruit was chilled overnight to 12 deg C.
Whole bunch pressed, fermentation on full juice solids, wild yeast.
Fermented entirely in 500L French puncheons – 10% new, 90% older.
No lees stirring. 20% of the blend has undergone spontaneous malolactic fermentation. Matured in French oak – 10% new, 90% older – for only 8 months. It was then coarse filtered and bottled by gravity in late Spring. 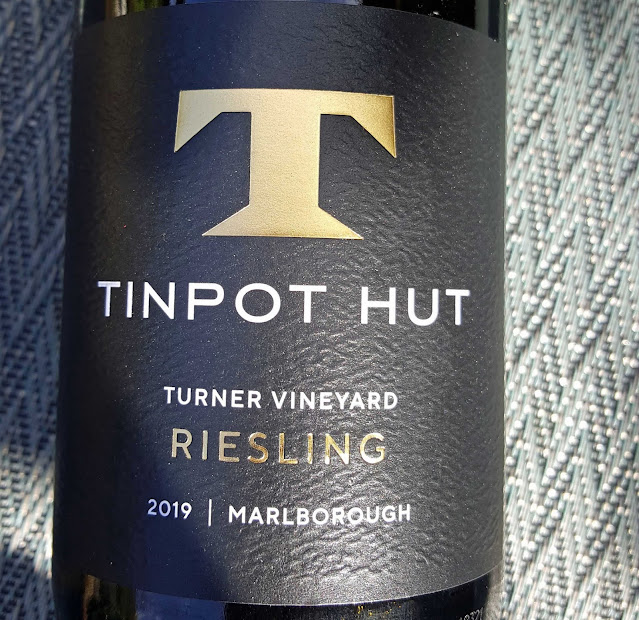 The palate experience is irresistible, lively with fruit (citrus, apple) and acidity, lively but harmonious from initial sip to the long and pleasing finish. Fresh aromas of lime and grapefruit, floral notes. Pale, very pale, straw is the colour.  A marvellous Marlborough Riesling from the consistently top notch Fiona Turner, one with low ABV, and Very Highly Recommended.

Attention to detail is key. They say: Low yielding vines were monitored closely and hand-picked when the right balance of flavour and sugar ripeness was reached to produce this lower alcohol style of Riesling. The fruit was crushed and only the free run portion of the juice was retained. Specialty Riesling yeast was used for a long cool ferment. The resulting wine was then balanced and prepared for bottling under a screw cap closure to retain as much of the freshness and fruit character of the vineyard as possible.

The Tinpot Hut winery is named after the huts, famed in New Zealand sheep country, huts used by musterers as they round up the sheep who have spent Spring to Autumn in the hills. Fiona Turner, no stranger to Ireland, is the winemaker.

Liberty: Sourced from winemaker Fiona Turner's vineyard and made in small quantities, this wine displays attractive lime and grapefruit aromas and has a distinct mineral quality which is reflective of the Blind River sub-region.

Food pairing: Ideal as an aperitif and a great match for seafood, pork or with lightly spiced Thai or Chinese meals. Perfect for drinking immediately, this single vineyard Riesling will be at its best over the next 2-5 years.