A Quart of Ale± #48. On the craft journey with Pale Ale

On the craft journey with Pale Ale.

A very pale yellow is the colour here with a white head that shrinks rapidly. Hazy too. Citrusy hoppy aromas are quite intense and the hoppy element follows through to the smooth palate. Oats and wheat are listed here but hardly a wheat ale. It is in fact crisp, flavoursome and well timed for late spring and summer.

Citra, Talus and Simcoe are the hops.

The Brewery: Trouble Brewing was founded in 2010 by three friends: Paul, Tom and Stephen. Tom had been homebrewing for years and insisted on sharing the fruits of his labour with Paul and Stephen.  On nights out, he dragged them to drink pints of various styles and flavours at pubs like the Porterhouse and the Bull and Castle beer hall, both Mecca’s for great beer in Dublin.  Paul soon developed an interest in brewing himself, and it wasn’t long before he realised making beer was a relatively inexpensive process and buying it was quite the opposite.  With this in mind he approached Tom and Stephen with the idea of setting up a brewery of their own. It could provide an income for the three and get them out of the unfortunate situation of working for “the man”. They gathered up all the money they could (about €45k between them) and borrowed the same from the bank with the help of a well prepared business plan. Then they set about putting together a functioning brewery. 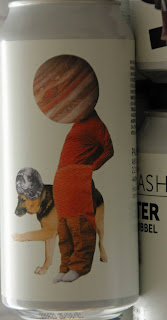 Jupiters, described by the producers as a “light, bright spacey beer”,  has a pale yellow, almost lemon, colour, very very hazy, with a soft white head that fades away quickly enough. Aromas are hefty and hoppy, a hint of pine, with citrus prominent. And the hops, reinforced in the whirlpool, dominate the palate with mango, passionfruit and pineapple singing their exotic song right though to the lip-smacking finalé. It is among the “hoppiest” of pale ales, not the one to start your craft journey with. 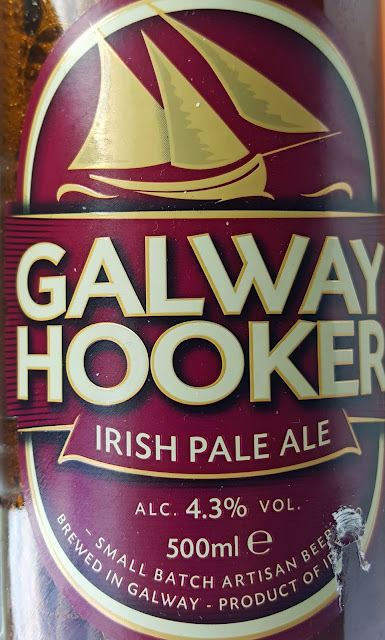 Dark amber (burnt amber, I’m told here) is the colour and there’s a white head that sinks slowly enough. And you notice a light citrus-y aroma, more blossom than fruit. Actually you have to give the label writer credit here as the words are more or less bang-on. It is fresh and tangy, a perfect balance between malt (biscuity) and hops (citrus) that gives its a crisp dry finish.  Maybe not exactly a perfect balance; in my opinion, it’s slightly tilted in favour of the malt but no big deal.

They say: Our ethos is to brew natural, full flavoured, high quality and preservative free beers. The results are beers that have received numerous awards, including Gold Medals at the Irish Food Awards in 2014, 2015 and 2016 – the only Irish brewery to have achieved this distinction. Furthermore, our Irish Pale Ale and Amber Lager were Gold medal winners at the 2018 World Beer Awards.

I’ve enjoyed a few pints of this on draught in its native county and it’s also widely available in 50cl bottle. 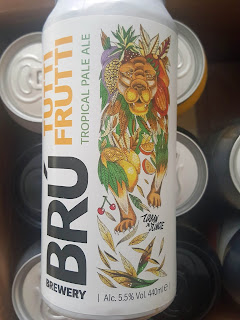 This is part of the Meath brewery’s Urban Jungle series celebrating their “adventurous side”. An explosion of sweetness and a silky soft body make it an easy-drinking beer to delight the senses with every sip. Adventurous?

A gorgeous pale cold colour, slightly hazy, and a soft white slowly-sinking head are what you see. And there’s quite a lot of exotic fruit aromas to sniff. And then to savour on the palate, with Mango showing through along with grapefruit and pineapple.

Brú say it is “inspired by the classic sweets” and  indicate that Tutti Frutti should remind you of those juicy fruity treats you enjoyed as a school-kid.

There’s real fruit purée and extracts in the mix here but it’s not all sweetness. The Enigma and Centennial hops provide enough backbone to give a reasonable balance and a bitter edge, especially towards the end. No problem sinking one of these, especially in a beer garden or a back garden on a summer’s day.