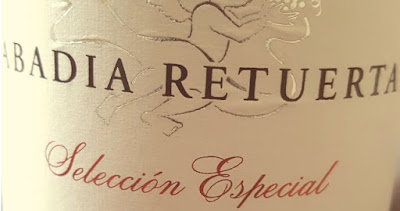 A Wonderful Wine from the Golden Mile. 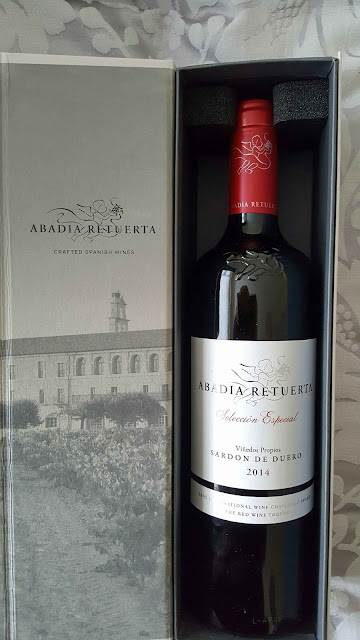 We are on the bank of the Douro river in Spain, just leaving the famous Ribera del Duero winery of Vega Sicilia. The car is taking us west along the N122. A few minutes later, with the river still to our right, we pass another of the well-known wineries here, this called Pingus. We are heading to the winery of Abadia Retuerta in Sardon and we soon arrive there, as close to the river as we have been in the 15 minutes since leaving Vega Sicilia.

We have travelled the “Golden Mile”. Maybe not so golden for some. Abadia falls just outside the DO of Ribera del Duero. And so you’ll find the wines of Abadia and its neighbours just west of the official boundary sold under the IGP Castilla y León. According to the current World Wine Atlas, “local politics rather than geography is responsible for the exclusion”.

Santa María de Retuerta is one of the historical estates in the region. Its beautiful abbey of Santa María de Retuerta is a reminder of a winemaking tradition which faded and even disappeared. In 1996, the Spanish Wine Lover tells us that the financial support of Novartis, the pharmaceutical group, helped to launch an ambitious project which now has 210 hectares under vine in the 700-hectare estate.

“Our winemaker Ángel Anocíbar likes to describe Selección Especial as a compendium of each new vintage in the Abadía Retuerta estate. And the recently released 2014, …., is one that he finds particularly satisfying.”

This is how Abadia introduce this wine and it is indeed a particularly good one, outstanding in fact. But don’t let the Vino de la Tierra of Castilla y Leon on the label put you off - this is excellent, as good as many Ribera and Very Highly Recommended. 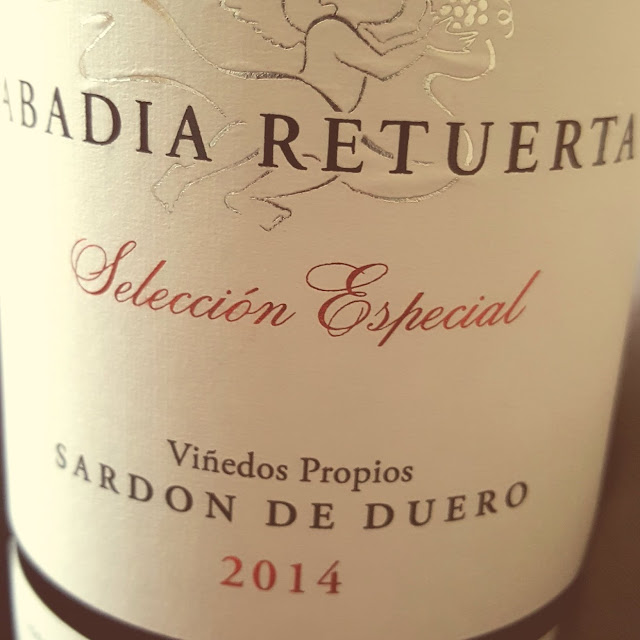 The 2014 is a blend of 70% Tempranillo, 17% Syrah and 13% Cabernet Sauvignon. The richness of Tempranillo, the intensity of Syrah and the aromatic elegance of Cabernet Sauvignon have earned it international recognition (according to the back label). I got a few bottles in Karwig Wines both before and during last year’s closing down sale. Don’t think it’s available anywhere in Ireland now.

Colour is a dark ruby. Aromas are intense, of blackcurrant, cherry, vanilla. Fruit flavours are concentrated, a touch of spice, abundant fine-grained tannins a benign factor. Vintage conditions were excellent and this rich wine is a polished expression of the fruit and the year. Eleven months in oak, French and American, help make this a harmonious wine, smooth and easy drinking. An excellent example of the winery’s style and a very special selection indeed.

“Although Tempranillo is the dominant variety, French varieties such as Cabernet Sauvignon, Merlot, Syrah and Petit Verdot are also meticulously planted in the slopes by the Douro river. As vinification is gravity-led, the winery uses small crane-operated tanks and each pago (parcel) is worked separately. Aging is all done in French oak.”

It seems that the perceived handicap of being outside the Ribera DO is being carried lightly. The less precise limits of the IGP Castilla y Leon allows the winemaker quite a lot of freedom and it is used well. Besides, being in the Golden Mile, with a string of illustrious wineries within a few minutes drive, is quite a selling point for well-made Abadia Retuerta wines. 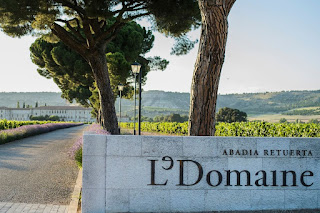 And not just for the wines. The ruined abbey became the property of the Novartis Group in 1988 and the group has successfully resumed its age-old wine-making tradition through Bodega Abadía Retuerta and, today, Abadía Retuerta Le Domaine has been completely restored and houses a 12th century Romanesque church and a luxurious five-star hotel called Le Domaine. It is in the Relais & Châteaux network and hosts a Michelin-starred restaurant.

Time now to get out of the car, stretch our legs, have a bite to eat in the Refectorio. A glass of that Selección Especial should go well with the De-boned Wagyu rib-eye lacquered in sweet & sour sauce, turnip purée and tender onion.
Castilla y Leon Spain tempranillo Wine