Fred is back in town. Frederic Desourmeaux*, the big French chef with the magic touch in the kitchen, is back in town and heading up Brendan Cashman’s impressive team in Huguenot, the new French Bistro and Wine Bar in Carey’s Lane. The venture marks a return too for Brendan to the city centre where he previously enjoyed enormous success with Augustine's.

And it is a French bistro. Make no mistake about that. Lots of produce being sourced from the Cork area but the dishes are unmistakably Gallic. Classics such as French Onion Soup, Coq au Vin and Tarte au Citron (all keenly priced) stand out in the menu as do French cheeses and French wines.

For me, it’s like strolling down town and going on holidays. Even the menu is in French. But worry not! It is also in English and there are some daecent Cork accents in among the European. It is a lovely restaurant, spread over four floors. Downstairs you have reception and a place to enjoy a wine or a coffee and the next two floors is where you'll dine in space and comfort.
We settled in in midweek and took our time with that new menu, nibbling on some fresh French bread and sipping some Bordeaux (Chateau Gait Garriga Semillon and the Chateau Ste Marie Merlot/Cab Franc).

And the meal continued on a high note. My mains was the perfectly cooked Pan Fried fillet of Hake, Ragout of squid, chorizo and roast pepper, garlic Aioli and pesto. Small things can make a big difference in restaurant meals; at the very least they are an indicator of quality. And the small things here, the chorizo for instance and also the exquisite mashed potato that accompanied the mains, made a difference and underlined the quality of the kitchen. 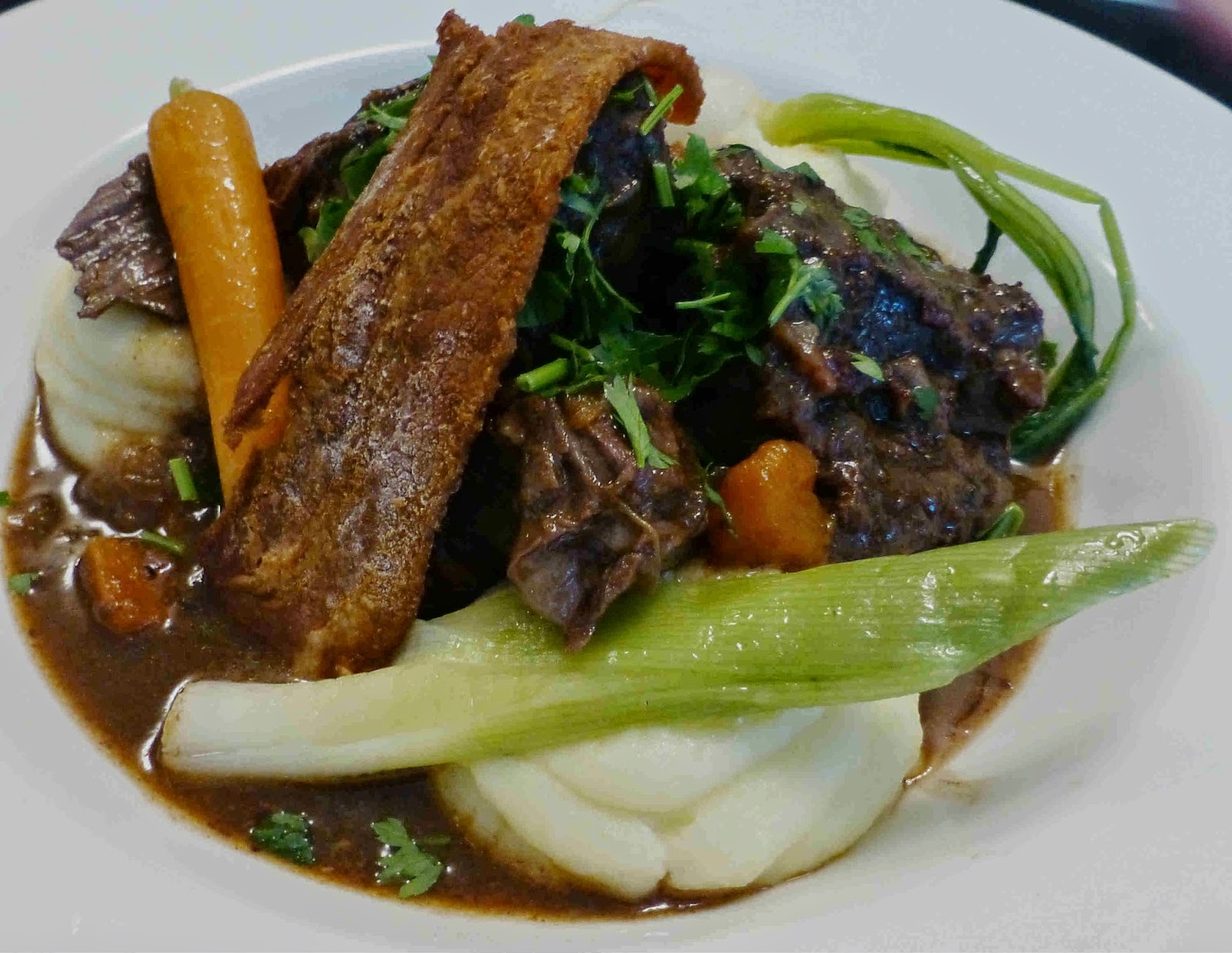 CL had chosen the Braised Beef Cheeks (above), glazed baby vegetables, mousseline potatoes, and smoked bacon crisps. A superb offering, all done to a “t” including those baby vegetables. The beef itself - I had a few mouthfuls, there was no shortage - was magnificent, melt in the mouth stuff.

Took my time choosing dessert. Was tempted by the Cafe Gourmand but narrowed it down to a final two: the Forest Fruit Clafoutis and the Lemon Tart. Finally took the Tarte au Citron and its Raspberry Coulis. More culinary magic from M. Fred! Will just have to go through everything on that dessert menu.

Indeed, a quick return to Huguenot is on the cards. Very Highly Recommended! 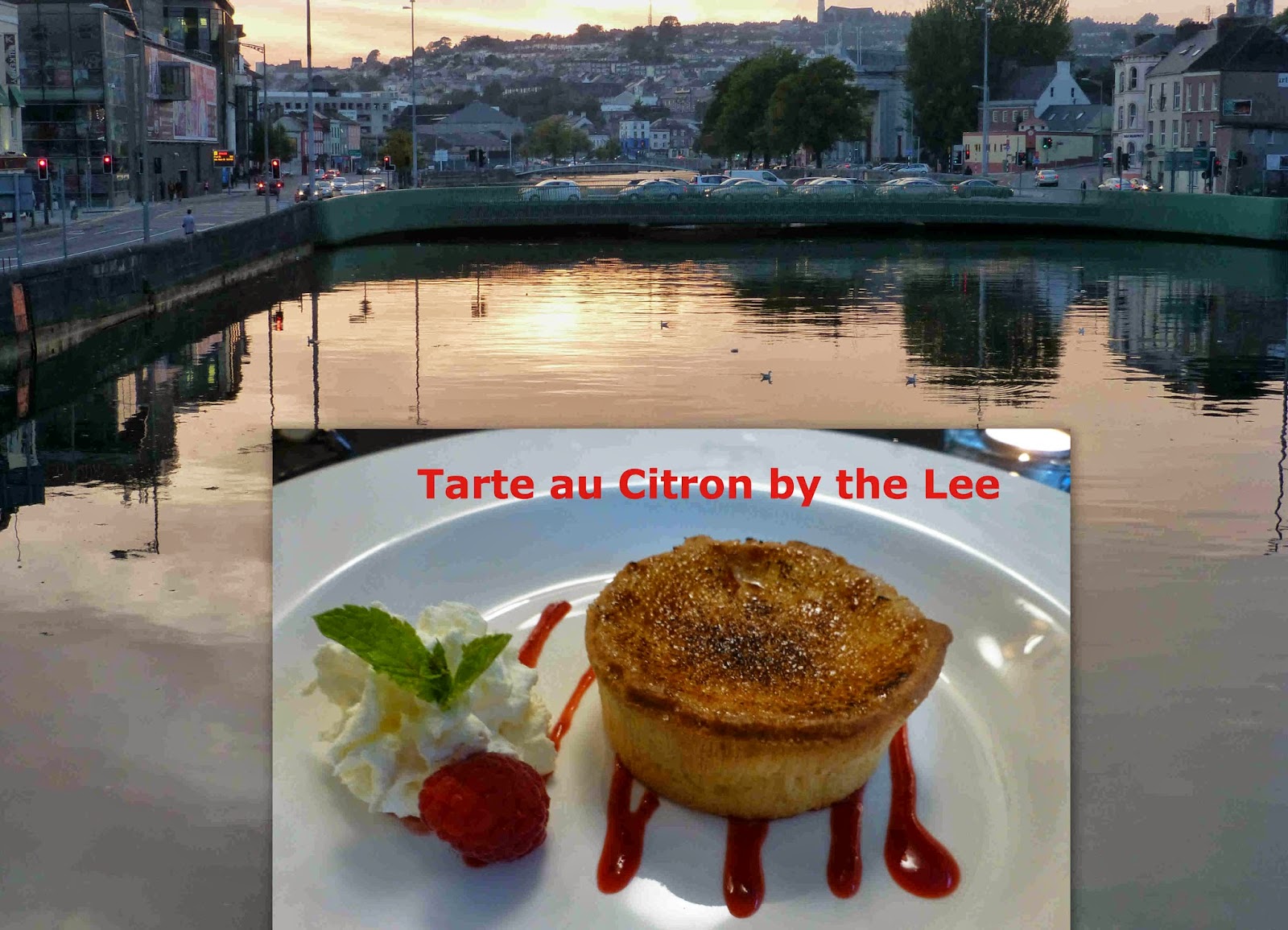 * Just to let you know....Fred is no longer working at Huguenot (this update 28.09.14)
Brendan Cashman Fred Huguenot