The Natural Way
In a small family farm in West Cork, the cattle remain in their family herd. They are not subjected to the stresses of dehorning or castration. They reproduce as nature intended.


The calves remain suckling their mother's milk until fully weaned. In contrast, intensively farmed calves are removed from their mothers and fed on ‘milk replacement’. The West Cork herd is raised organically and there is no risk from the uncertain effects of GM feeds and residues from pesticides and so on.

Even if there was no difference in the taste of the beef, I know I'd be picking from the West Cork farm. It is called Camus Farm and here Vic raises his herd of Dexter cattle, Ireland's native beef breed.

And there is a difference in the flavours and the Dexter comes out on top. Over the weekend we sampled both rump steak and stewing steak from the herd and they were superb. Vic dry ages his beef. In contrast, industrial beef is either not aged or wet-aged. You can check out all the details here.

Vic kills once a month and fresh meat will be available again in Clonakilty Farmers market on the weekend after next. In the meantime, you may buy it frozen (as we did) at his stall in Clon and at the farm-gate. You may also order via the Fresh from West Cork stall in the English Market. Well worth a try!

Interested in raising Dexters? Then Vic's your man, as he also sells cattle. Dexters may be relatively scare in Ireland but they can be found all over the world. The latest we heard is of a herd in the South African vineyard called the Elgin Ridge Winery. It is an organic operation and interestingly Dexter cattle help keep the vineyard clean! Owner Marian Smith grew up in Ballyjamesduff. 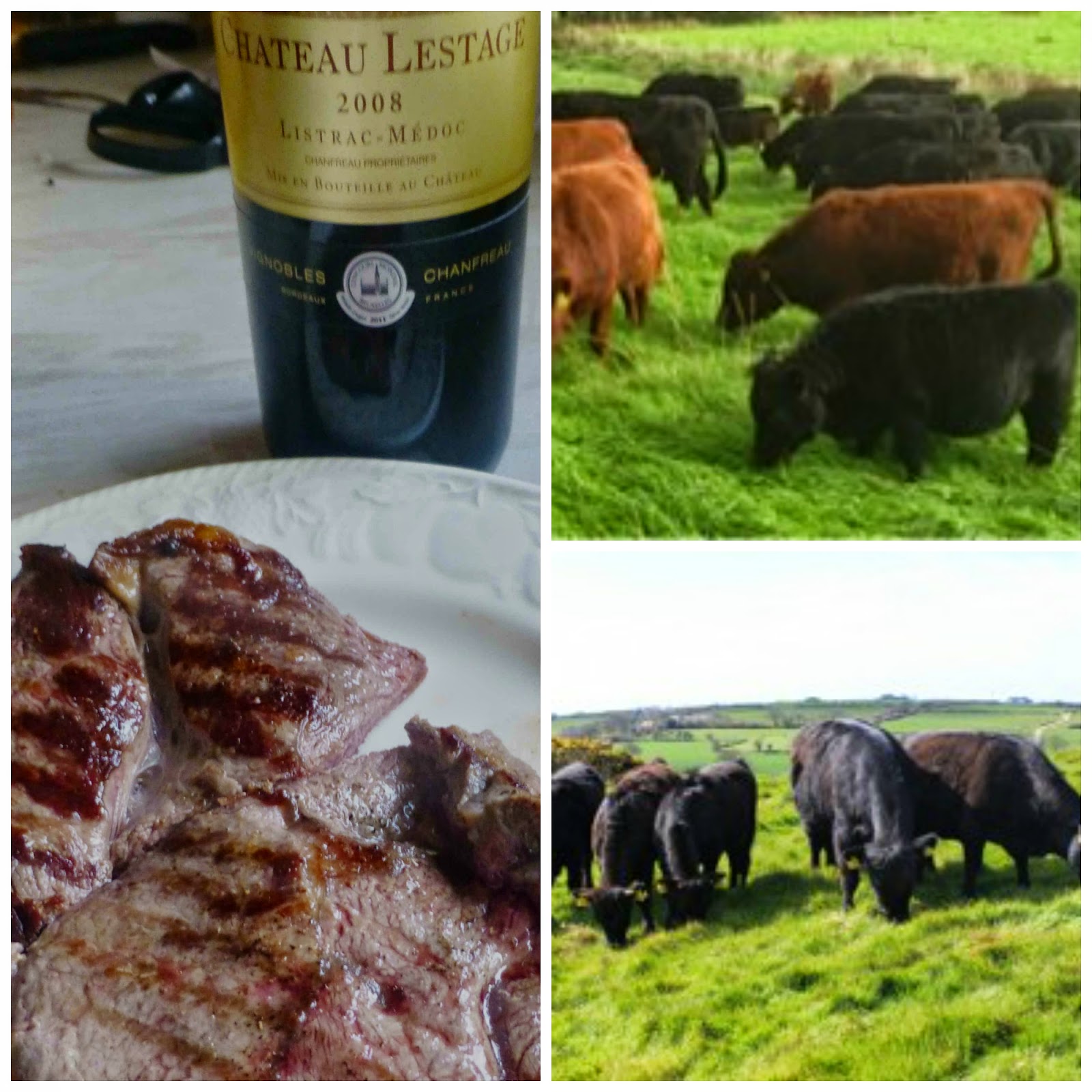 Our call to Vic at the Clonakilty Market was part of a quick trip west to sample the week long festival  called A Taste of West Cork. Read here about a fantastic multi-course meal featuring seaweed and here about a very enjoyable twenty fours that also included a tour of the West Cork Distillery in Skibbereen.