Flight of the Bee Sensations 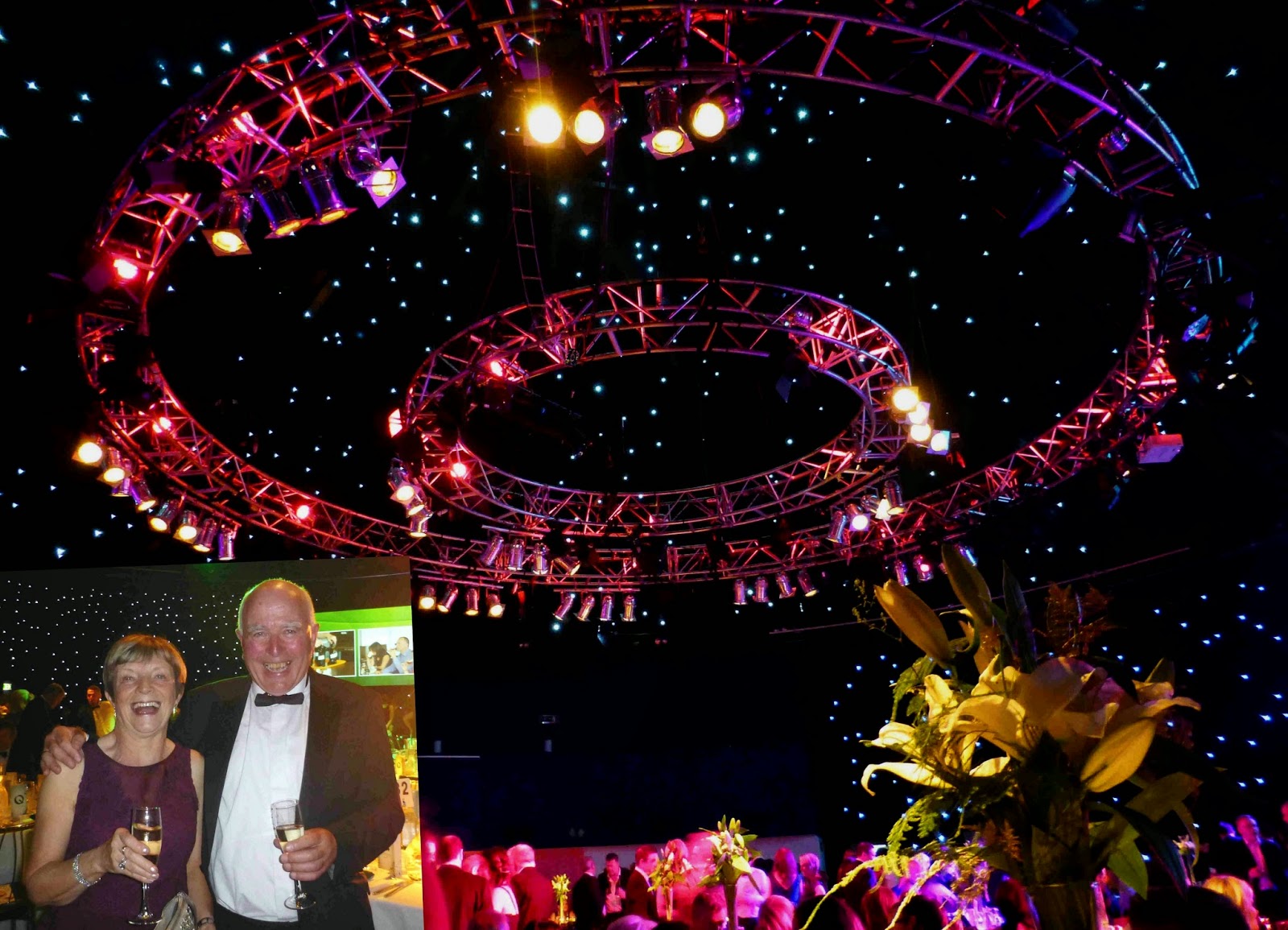 Great to be at the table with Bee Sensations last Friday evening when one of their lovely jams won at the Irish Quality Food Awards 2014. On the Pig’s Back and Burren Salmon were also among the victors on a night which is mainly for the supermarkets and the larger producers (such as Dale Farm Dairies, ABP Cahir, Kepak, and O’Brien Fine Foods who were all on the podium).

Munster based Bee Sensations are a husband and wife company, run by Tom and Croéin Ruttle. They are quite famous for their innovative (often blended) jams, which use honey instead of sugar, and of course for their honey. As it happened it was one of their jams, the Honeyed Fig, Rhubarb and Chilli Savoury Jam, that struck gold in the Grocery Ambient - Savoury class.

But there was a moment of unnecessary drama before the win was confirmed as apparently the wrong class was called out first. Still, the busy couple were soon able to relax as their name appeared on screen. It was about the only obvious hitch in a very slick presentation, introduced by Paul Kennedy and compered by celebrity chef Catherine Fulvio (“a farmer’s daughter”).

Birgitta Curtin is one of the heroes of Irish food and she keeps innovating and winning. Her success came  in the Fish section where her Burren Smoked Irish Organic Salmon with Seaweed Marinade came out on top. This came in for high praise from the judges: “really fantastic in terms of colour, texture and flavour”. Like Bee Sensations (and unlike most of the other producers), she didn't have a supermarket partner listed.
But Cobh’s Deirdre Hilliard and her company Just Food weren't as  fortunate in the Soups section. Her HiLo Super Greens Soup was behind a Lidl Ireland soup, Newgate Tomato Soup by Princes (the international food and drink company).

The cross-border event is labelled Irish Quality Food Awards not Quality Irish Food Awards. There is a difference as we all know from small print on food packaging! Honey is one often quoted example.

Cork’s Isabelle Sheridan of On the Pig's Back certainly enjoyed her trip to the Mansion House as she was named the Supervalu Small Producer of the Year.  Based on her French family recipes, Isabelle has been making chicken liver patés and terrines in Cork since 1995. Her Chicken Liver Paté with Garlic and Brandy is the product that led to this breakthrough and the organisers say they are sure “it will be a fantastic addition to Supervalu’s product line and look forward to working with On the Pig’s Back”. Well done Isabelle.

The awards are open to all retailers, food producers, wholesalers and food service operators “across Northern and Southern Ireland” (someone should tell the PR it is the Republic of Ireland!). Awards were presented in some fifty categories and the Overall Gold Q Award went to Simply Better French Trimmed Connemara Hill Rack of Lamb (Dunnes Stores/Tendermeats).
See the full list of awards here.