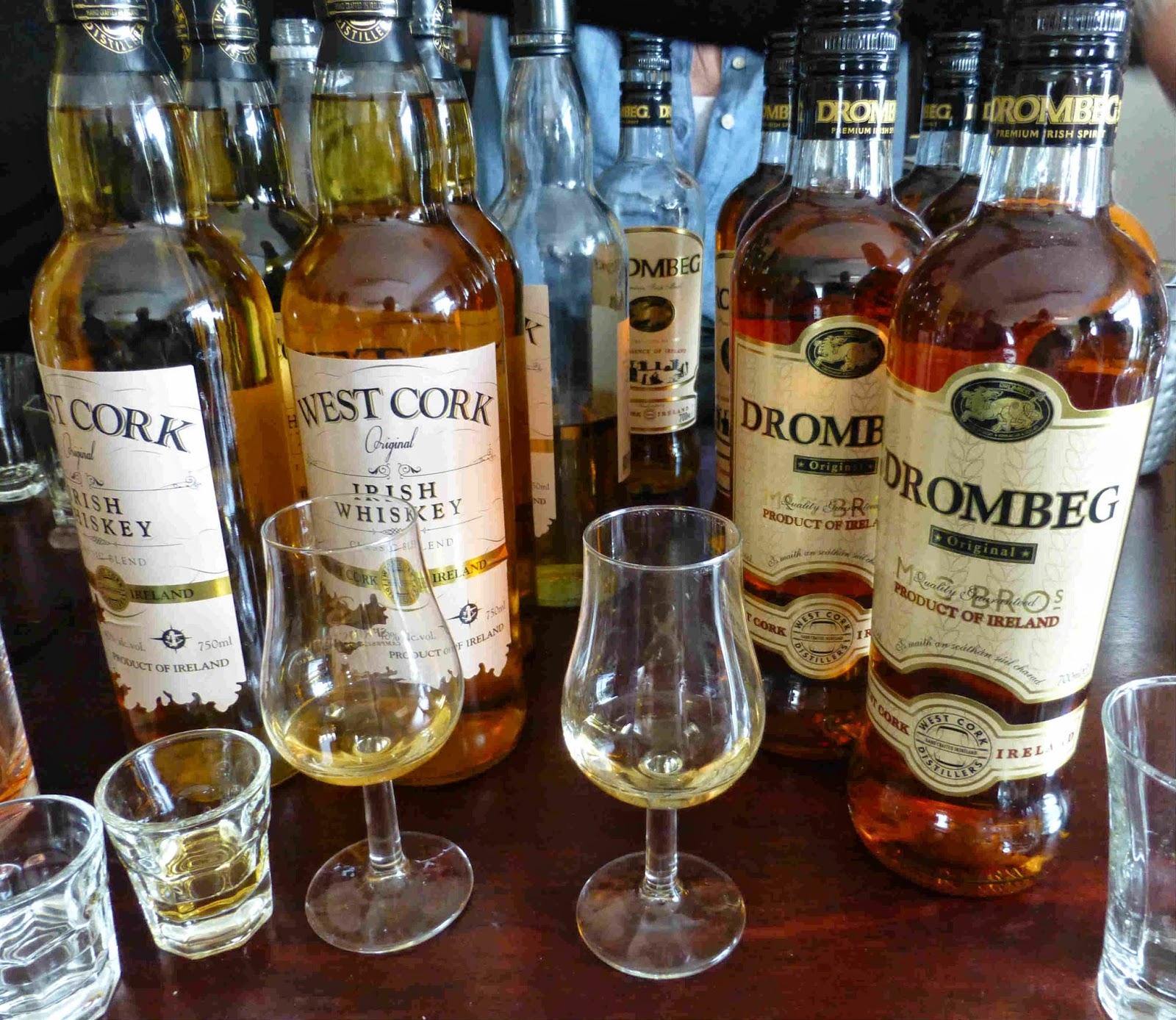 First hiccup, if you could call it that, came on the way down when a phone call to Baltimore revealed that the two o’clock trip on the SeaSafari was off as the craft was out of the water for the afternoon and being cleaned up.

So then the Distillery tour, one o’clock start, was pencilled in. Got into Skibbereen in good time and called to a busy Apple Betty’s. Ordered a panini. That was a little slow in coming but it was gorgeous, a terrific filling of bacon, Cashel blue and a fantastic relish. Rushed it a bit and hot footed down the street to the Distillery.

Things didn't look good here as people were coming away rather than going in! Apparently, the Distillery weren't very happy with the time published in the "Taste of West Cork" brochure. Director John O’Connell explained they couldn't do the tour at one but would have “a good one” at three.

It worked out well, at least for us. We headed off in the sun (the weather forecast was not exactly spot-on either) to Baltimore, packed with people who seemed to know more than the forecasters. So packed, we didn't find a space in the car parks.

Off out the road we went to the Beacon and enjoyed marvellous views both on the way and during our walk up to the Baltimore landmark. Great views over the islands, Sherkin the nearest, and back to the little town. Later, we had a pause and a walk by the harbour. Hiccups yes but this day was going very well indeed.

So well, we nearly missed the tour or so we thought. But there was no rush as dozens and dozens of people arrived, the big numbers a surprise to John and his friendly staff. Still we were all settled, with a glass of their Drombeg, perhaps their most famous whiskey so far, and a good one too for this time of day as it is just twenty per cent abv.

John then took us on a walkabout of the distillery where the staff were still working. He took us through the process, from the malted barley coming in, and along the journey to the casks (they use sherry casks) and the bottling at the end.


Great informative stuff and more whiskey before we left, with tastings of their West Cork whiskey, the normal and the cask (57% abv!). If you like your whiskeys flavoured then Kennedy’s is the one for you. You may have it Spiced, Honied, Limed and Chillied! They also do a gin, poitin and a vodka here, under the Two Trees brand. And that’s not all.

But that was it for us and we headed through the town and off to the Inchydoney Island for that evening’s magnificent nine course dinner “A Taste of West Cork”, all part of the week long food festival in the area. Read all about it here.

And there was yet more whiskey on arrival as we were pleasantly surprised with a glass of the lovely Irish Mist. Time then for a walk on the fantastic beaches here.

The Inchydoney Island Lodge and Spa is a four star hotel on the Wild Atlantic Way but I must say that the facilties and service that we enjoyed there were closer to five star. Great place with great staff. The only hiccup perhaps was a delay at breakfast but I think that was down to the many customers that all came together at about ten o’clock on the Saturday. Hard to legislate for that!

They support local produce here obviously and I enjoyed my Scrambled Egg and Ummera Smoked Salmon before we headed off to Clonakilty in the morning mist. It had dried up by the time we arrived and we wandered through the streets looking for the Lettercollum Project shop.

We found it and it was busy, selling salads, tarts, cheese, wine, nuts, seeds, breads and so much more, much of it based on produce from their walled garden in nearby Lettercollum. We went off with enough salad (mixed beans) and bread for two delicious lunches over the weekend.

And we also found Vic and his organic Dexter beef in the market. The main market is on Friday but you’ll find some stalls operating on Thursday and Saturday. I’ll soon have a separate post up about Vic and his tasty beef but for the latest check out his Facebook page .

Our twenty fours in West Cork were up and it was time to head back to the city. But we’ll return. Again and again! 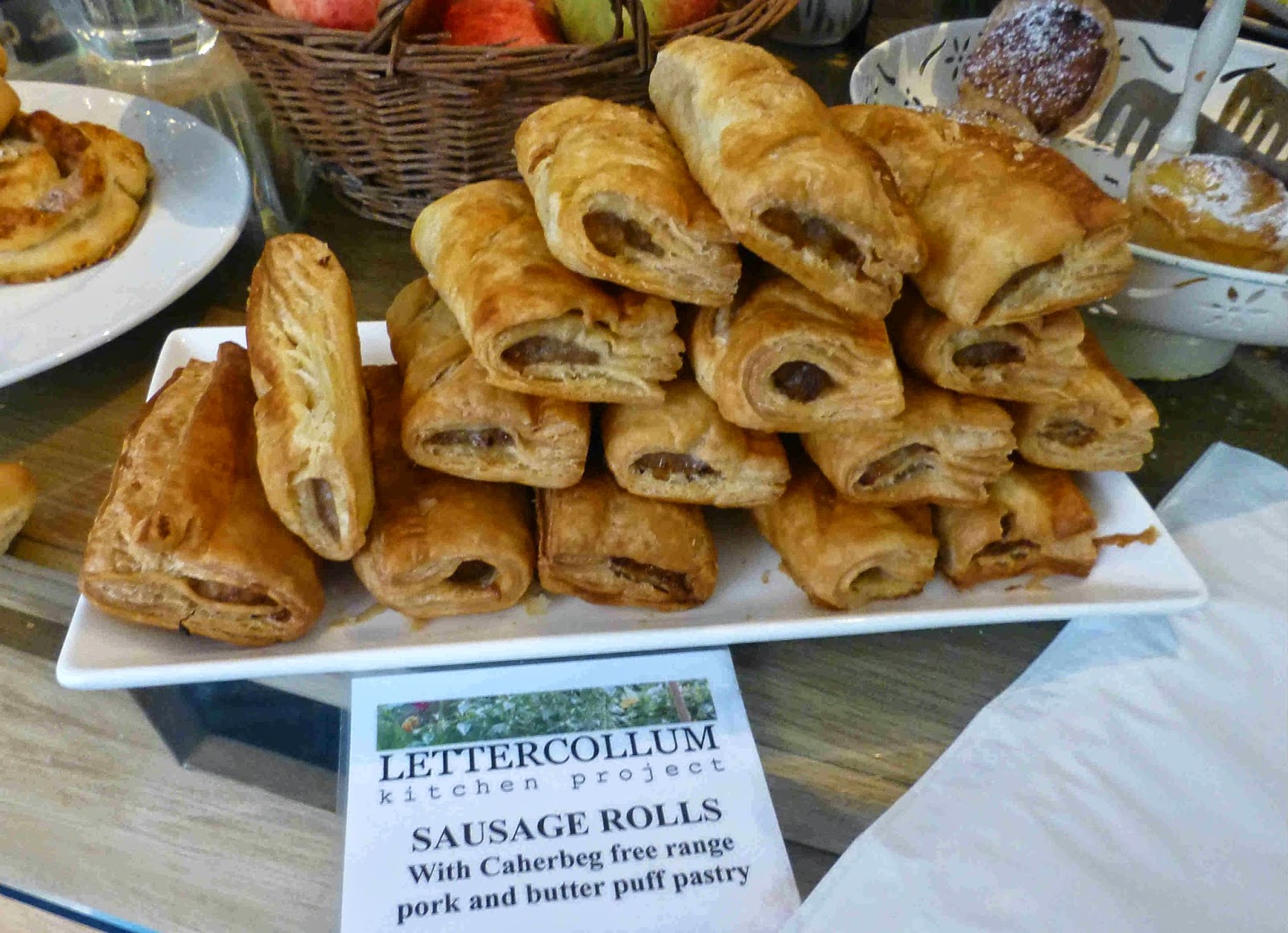