Aresti Stars in Red and White

Jon Usabiaga, Chief Winemaker at Chile’s Aresti, was in town last week and brought a stellar line-up of the company’s wines with him. We tasted nine of the best at the SuperValu tasting in the Hayfield Manor.

Started off with a couple of the Special Release range, a Sauvignon Blanc 2013 and Chardonnay 2013, two completely different wines but both very good indeed, both Premium level wines.

The Sauvignon, from the cold Casablanca Valley (close to the ocean), has had two months on its lees and is a very refreshing wine, well balanced. In answer to a question, Jon advised drinking it as soon as possible. It could last well for two years but won't improve!

The Chardonnay, or at least part of the wine, is aged in oak and also “a little bit on lees”. It is from the same valley “but completely different… more tropical fruit..more complex". But the same price! Both bottles are selling at ten euro for the next few weeks.

Perhaps the first surprise of the evening was the Trisquel Gewűrztraminer 2012. A German connection led to this wine being grown by Aresti in the Curico Valley. Gewűrz is scarce in Chile and Aresti are now one of the biggest growers of the grape.

Kevin O’Callaghan, Wine-Buyer at SuperValu, says this has much less sugar than your normal Gewűrztraminer, less than 3 grams per litre. “I see it as a food wine, with Cheese, Asian and so on. A great wine for someone who wants to experiment!” 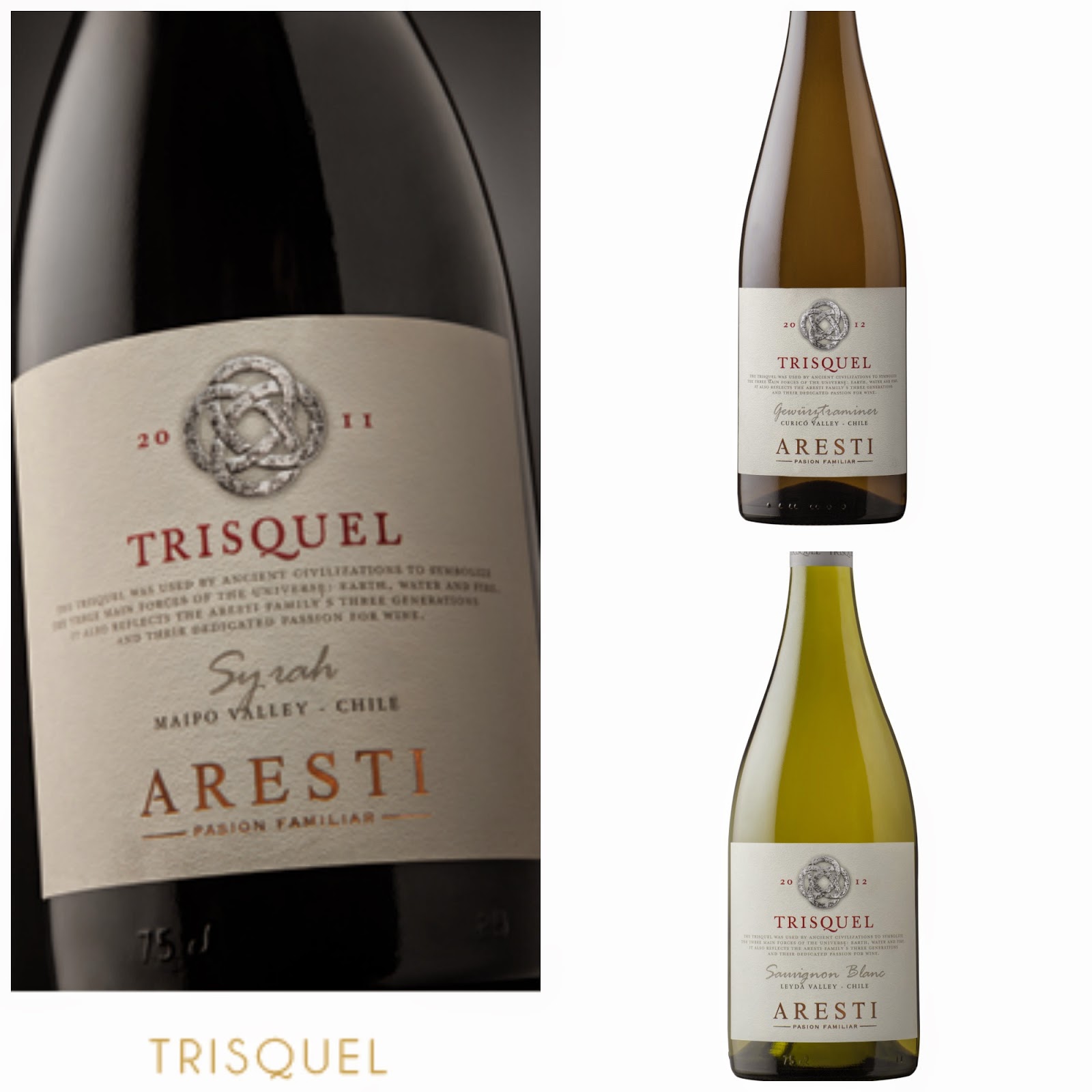 This was followed by another Aresti ace: Trisquel Sauvignon BLanc 2013. As Jon detailed where the vines are raised - in the cool climate area of the small Leyda Valley - I was sampling and thinking it was similar in style and quality to a good Marlborough. Kevin agreed, highlighting how the fruit, the punchiness and the overall lushness was balanced “by mouth-watering acidity. Right up there with Marlborough!”

The reds started with two from the Special Release: Merlot 2012 and Cabernet Sauvignon 2012. Jon loves the Merlot from specially selected vineyards in the central Curico: “..a little colder..very special conditions to grow Merlot..a perfect fit”. The Cabernet comes from a different warmer valley and the wine produced is well balanced and great value, especially with the current discount.

And then we were on to a gem: Trisquel Assemblage 2011. And a good story from Kevin who recalled a lady who used visit the wine store where he once worked. She always checked the bottles closely. One day, she forgot her glasses and Kevin stepped in and asked how he could help. “I want to know the voltage,” she replied. Well, the ABV on this one is 14%. Kevin loves it: “...very smooth...lots of tannin but nothing too grippy...well balanced”.

It takes a bit of “assembling” too according to Jon who revealed they first make it on a small scale “until we’re happy” and what they are happy with here is Cab Sauv 44%, Syrah 42% and Petit Verdot 14%. “There are very complementary characteristics among the three grapes,” said Jon.

The Trisquel Syrah 2012, from the Maipo Valley, then made its bow, to general approval. “Smoky on the nose’, said Kevin. “Very rich on the palate..bit of grip..lovely black fruits..plus vanilla from the barrells...well integrated”. Jon revealed that the grapes have come from the same block every year for the past ten. “This is really a high quality Syrah, more elegant, more on the fine wine side.”

“It is not often a wine makes you sit up and take notice”, said Kevin as he introduced the outstanding Family Collection 2009, a red blend. “The nose keeps changing...the complexity keeps coming out slowly… It is still in its infancy, perfectly balanced with potential to age… 5 to 10 years more in this.” By the way, the “voltage” is 14.50%.

The blend is Jon’s pride and joy. “With this wine, I enjoy being a winemaker - fun to mix everything!”. Here are the stats: Cab Sauv 59%, Merlot 12%, Syrah 10%, Petite Sirah 10% and Malbec 9%. John though does manage to also squeeze in one per cent Viognier to give “that little pinch of something else”.  It all adds up not to 101% but to an outstanding wine!

At present, until September 24th, reductions (some quite substantial) are available on many of the wines mentioned above.