A Quart of Ale± #57 On the craft journey with a session of ales and a zero% cider. 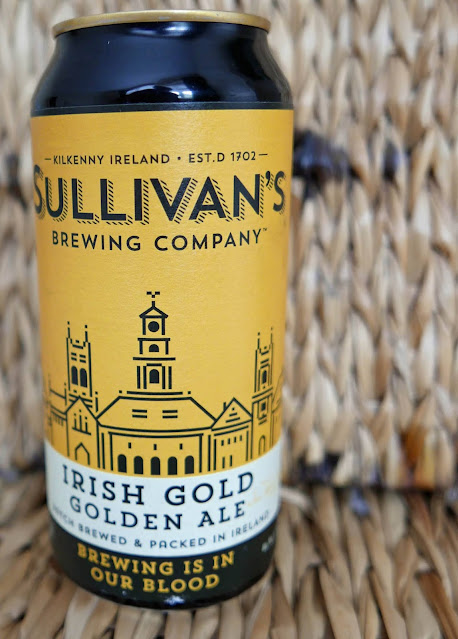 On the craft journey with a session of ales and a 0% cider.

Colour of this Kilkenny contender is a mix of copper and gold; if you say there’s amber there, I won’t disagree.  I’ve seen it described as a tastier ale with a gentle bite and wouldn’t disagree with that either.

The label reveals it, modestly, as “traditionally brewed With Lightly Roasted Cara Malt And Finished With First Gold Aroma Hops.” And I must say, the result is pretty good, a rather unique beer, rich with roasted flavour from the malt and with a dry finish thanks to the hops. Goes to show, a modern beer doesn’t have to be an IPA of either coast to hit the spot.

They say: The beer we craft today is inspired by traditional Kilkenny recipes and brewed the way the family has always brewed – the way real Irish beer should be brewed – by local experts, by hand, in small batches, with enormous heart and the finest locally sourced ingredients. Brewed by a true master, the beauty of this ale lies in its balance, sessionability and subtle apricot & tangerine tasting finish.

The barley used to produce Sullivan’s Golden Ale is sourced from four local Kilkenny farms ensuring the utmost quality and flavour. Pizza is the suggested match but I’m sure this ale, with an almost plush mouthfeel, can do better for itself. 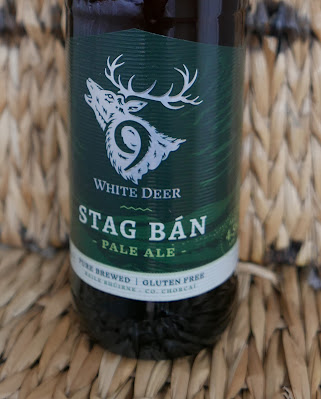 Mid amber is the colour of this dry refreshing Pale Ale from the West Cork Gaeltacht. This is the first ever beer from 9 White Deer in Ballyvourney and one they more or less got spot-on from the beginning (2014). It has been gluten free since 2018.

Soft white head here and a finger taste of this will tell you that the spicy citrusy hops are key. But it’s not a “hop bomb”. This is about balance. They say they designed this beer with summer in mind and the hops used (First Gold, Admiral and Cascade) emphasise that. It is a harmonious drink with citrus, floral and spice notes all combining well in the golden glass. The result is a top end Pale Ale.

Basically, it’s an easy drinking beer, brewed at lower temperatures to create a cleaner profile; the malt profile is uncomplicated, neither heavy nor cloying. It is a dry and refreshing beer with a light malt body mixing well with the contribution from the hops.

They say: Throughout the world a white deer is seen as sacred and something very special and 9 White Deer Craft Brewery holds the same view. In Baile Bhuirne the people of the community greatly respect the holy and historical value of the well and the stories of St Gobnait. Determined to honour the local landscape and folklore, we craft beers from native barley and the purest of water sourced from the Cork and Kerry mountains.

Long may the 9 White Deer continue brewing beers like this!

A light bright amber is the colour of this “Blue Rose” Pale Ale from the West Kerry Brewery, the original and first microbrewery in the county. It’s got a soft white head and fountains of little bubbles rising through that bright amber. It has a soft mouthfeel and that gentle feeling goes right through to the long finish, a very satisfactory refreshing one.

A beautiful easy-drinking ale with muted citrus in both aroma and palate - it has been dry-hopped with Cascade. Don’t let the summer go by without trying one or two of these.

And if you get really serious about these beers, why not go to the source. Paul and brewer Adrienne have rooms to let in Tig Bhric, located in the beautiful in the Dingle Peninsula.

The brewery, established in 2008, is still at its original base at Tig Bhric where the portfolio continues to expand with “traditional yet progressive beers”. “These include the Renegade Series, Limited Collectors Edition and the Riasc Range, named after the town-land of our location. These are seasonal beers where we add both local and garden botanicals.” 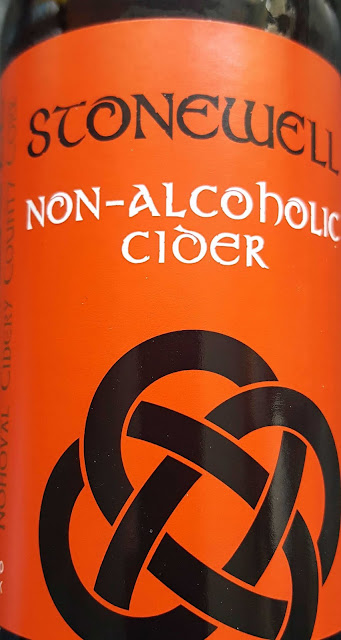 Light gold colour, no shortage of bubbles rising up. And there’s a fresh fruit aroma. The first thing you notice in the mouth is that this is refreshing, it is dry-ish, crisp, and very much a real cider, a terrific drink after a long walk or a drive. And, of course, you can have a few of these and still drive. They have used typical bittersweet apples here so it’s not lacking in flavour, on the contrary. Very drinkable and very acceptable. Fit for purpose, for sure.

So how do they do it? “Traditionally we’ve been an alcoholic beverage maker, namely cider. So in order for to us to produce a non-alcoholic beverage we’ve had to go back to the drawing board and return to our studies to find out what was the best way to square this circle. Instead of simply trying to make a concoction with fresh apple juice, we opted for the more complex route of removing alcohol from a normal cider.

We fermented a cider using typical bittersweet apples. Once fermented, we then used a process of osmosis, or to be precise reverse osmosis to extract the alcohol from the cider. This leaves a lot of the characteristics created by the fermentation process but with the added bonus that there’s no alcohol. At this stage of the process the cider is still “dry” in other words contains no sweetness, so to finish off this blend we add a small amount of apple juice which broadens the mouthfeel…. Made and blended by us in Cork, Stonewell 0% is a refreshing alternative for all those looking to avoid the sickly sweet mocktails or fizzy rock shandys at a social occasion.”

I have tasted quite a few non-alcoholic Irish beers and fewer Irish ciders at this stage and it seems to me that the cider-makers, with Stonewell and Highbank (with their Drivers Cider) showing the way, have made a better fist of the genre than the beer makers!