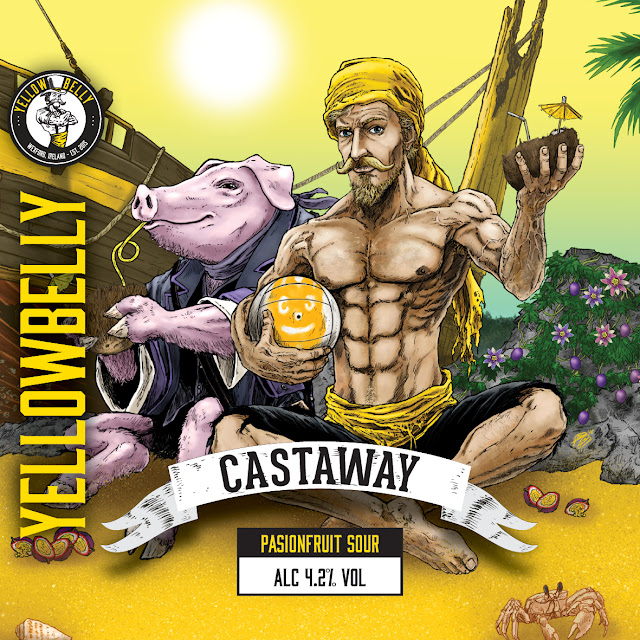 Today sees the beginning of a new series on beer. I'll be doing the best I can to cover a broad range but, if I'm missing out on your brewery, just let me know. While the focus will be mainly on Irish craft beers (and ciders), I'll also dip into the best of imports. Today's selection roams over the range, from Lough Gill's stunning Imperial Stout to the fun summer-time Radler by Blacks. Yellow Belly make excellent sours while the Red Ale comes from Wicklow's Wolf brewery. 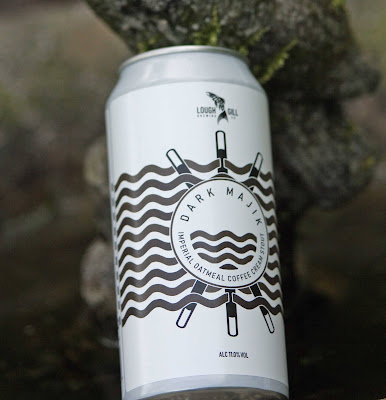 Well, well, well. This is amazing, especially on the palate. Smooth and packed with chocolate and coffee flavours along with fruit and spice. And it just goes on and on, the finalé every bit as delicious as the initial encounter. It’s black, with an ephemeral coffee coloured head. Coffee in the rich aromas  also but quite a touch of herb and spice also.

Can this is the dark Irish beer your mother didn’t tell you about? Dark Majik is an Irish beer that could give the high abv Belgians a run for their money. And it is craft brewed in their independent brewery in Sligo.

Unlike the Belgians, Lough Gill do not suggest food pairings. I was thinking Sticky Toffee Pudding but none on hand when you need it! Instead, I raided the cupboard and found exactly what I was looking for, unsulphured dried apricots that I got from West Cork Olives via Neighbourfood, and they paired very well indeed.

They say: A true beer for royalty. Big bold chocolate coffee aromas, with a multitude of fruit and spices. A bold yet silky smooth texture with flavours ranging from chocolate and coffee to raisins and anise. With a hearty 11% abv this beer is sure to keep you warm from top to toe.

It does all that but think it may be wasted on royalty. Pour it for the people. And for yourself, of course!

You’ll see the term Imperial used on most high alcohol beers, as is the case here. Imperial stouts, according to Craft Beer for the People, “have a typically high success rate when aged; their flavours become more relaxed and verge into sweeter milk chocolate, dried figs or other fruit, or a deeply roasted coffee.” They could well be talking about this one by James Ward and his Lough Gill team.

Cloudy light amber is the colour. Not so much fruit in the aromas; yeast seems to be the main element. Once it reaches the palate though, the face puckers as promised and the Belgian malts, aided by the passionfruit sweetness, begin to calm it all down a bit. Just a little bit! This is after all a sour, and a pretty good one at that. Quite a thirst-quencher!

They say: The perfect sour. Our house Berliner Weisse recipe (soured with our, continuously evolving, barrel stored lactobacillus culture) conditioned on a small tropical islands worth of passionfruit. Expect a lovely fruity aroma, more fruit on the tongue, and even more fruit on the finish all rounded with a gentle acidity from the souring process. Brewed with only the finest Belgian malts and our House Lactobacillus Culture under the careful watch of our Head Brewer, Declan Nixon.

It is a Seasonal Beer – mostly found during the Summer months, but from time to time as a limited release. It is unfiltered and not pasteurised.

So, what is a sour? It is perhaps the style of beer most likely to put someone off with a single sip. But, according to Craft Beer for the People, “they are hugely rewarding for those who can get past the initial shock.” Think of lemons, sauerkraut, pickles and Citrus Pressé (the French non-alcoholic thirst quencher) as that essential first step. “Once you gain a taste for them (sours)…. there’s no going back!”

All the artwork you see across our Tap Badges and Cans features our fictional hero ‘YellowBelly’. He’s the “Dr. Who” of Beer; travelling through time and space to find new recipes, discover ingredients and to fight the bad guys trying to destroy good beer. Our Creative Director, Paul Reck, creates all the artwork and is the mastermind behind our ‘YellowBelly Tales’ Comic Book Series, which can read for free on the site. 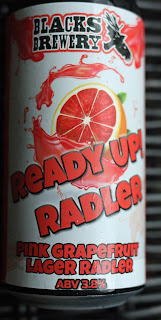 So many of you will want to know what is a Radler? It is German for “cyclist") and the style has a long history in German-speaking regions. It commonly consists of a 50:50 mixture of beer and sparkling lemonade. Here the lemonade is replaced by pink grapefruit soda; I’m not too sure about the 50:50 though!

Radler is quite similar to our shandy. Its origin in Germany goes back about 100 years when a long bicycle trail from Munich ended up at a tavern in the woods. On one exceptionally busy day, the landlord was afraid he wouldn’t have enough beer so he “stretched” his stock by blending it with lemon soda and found he had a hit on his hands!

Black’s Radler is bright amber, lots of bubbles rising up to the rapidly thinning white head. The grapefruit introduces itself in the aromas.  The beer is light and crisp on the palate, and also reminds me of the many juicy sweets (Quenchers? Opal Fruits?) I enjoyed years ago. Quite a lip-smacking dry finish from this handy summer-time thirst quencher.

They say: Just in time for summer, this traditional German style is a refreshing blend of lager and pink grapefruit soda. Crisp, light and fruity with a lower abv for those long summer days at home.

Dark amber’s the colour here, with an off white head doesn’t last too long. Malty and coffee in the aromas. More malty in the mouth, with the “tasty” hop blend of Sorachi and Sabro also getting in their say, a rather mild one to be honest.

Touted as a modern red ale, I’m quite pleased with it and would love to to try it in a direct joust with other reds like Roaring Ruby (from West Cork Brewing), Kinnegar’s Devil’s Backbone, Copper Coast (from Dungarvan Brewing), White Gypsy’s Ruby Red, Sunburnt Irish (8 Degrees), Costello’s Red Ale and more (including the newish Velvet Red by the Cotton Ball). Could be a long session. And I’d need food as well!
beer Blacks Brewery and Distillery Bradley’s of Cork Irish Craft Beer Lough Gill Brewery O'Briens Wine Wicklow Wolf Yellow Belly