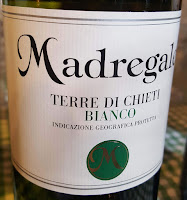 Chris Forbes is a man on the move. Chris, export manager at The Fladgate Partnership, representing Port wines from Taylor Fladgate, Fonseca and Croft, spent close to six months on the road, on the train, and in the air, traversing the globe last year and expects this year to be much the same. Port keeps him on the move and he was in Cork last Thursday for the Le Caveau Portfolio Tasting in the Old Apple Market in Barrack Street.

The demand for the Portuguese wine - Port is a wine, a good one and a good value one too - may be surprising to some of us here. The fortified drink may be hundreds of years old but you’ll still find it in the best of places. Chris hosted a Boston dinner in January ($135 Per Person, not including tax and gratuity) and, at the recent Oscars, Taylor’s Ruby Port was used in a classic Paloma cocktail!

Nearer to home, I’ve come across the Taylor’s Chip Dry White Port (introduced in 1934, so a relative youngster) in cocktails at Cask and also in what is cheekily called an Irish G&T in a Wexford restaurant (Aldridge Lodge) where the port takes the place of the gin as they don’t have a spirits licence.

And it was with a sip of that Chip Dry that I started my amble around the many wines, most of them organic, many of them natural, at the very interesting portfolio tasting. It is delightful as an aperitif, may also be used, one to two, with tonic water, and of course in those cocktails.

Le Caveau are well-known for their excellent house wine range and quite a few were on display including the Cantina Tollo pair of Madregale and Ciello (check out their reds too) and also the Menade Verdejo. The Burgundy whites impressed, of course, the Ambroise, two by Larue (St Aubin 1er cru and Chassagne-Montrachet) and also the Bachey-Legros Puligny Montrachet.

On the Loire side, I very much liked the “Mademoiselle M” by Alexandre Bain and Sauvignon Blanc from Frantz Saumon, cheekily titled Vin de Frantz! Meyer-Fonné seldom disappoints and his Alsace Pinot Blanc Vieilles Vignes is a gem. Another beauty was the Rhone white by Dard et Ribo from Croze-Hermitage.

Stepped on the gas then and headed for Italy and the excellent Semplicemente, a 100% Cortese from the late Stefano Bellotti’s winery. I’ve been working my way through the Judith Beck wines from Austria and added another to my to-do list when I tasted her Koreaa. Further afield I recruited another three for my shortlist: the Iago Chinuri from Georgia, the Pebble Dew Sauvignon Blanc from New Zealand and the Radford Dale Chardonnay from South Africa.

Then crossed the room and really struck it rich on the Burgundy shelf. Started well with the Ambroise Pinot Noir “Lettre d’Eloise” and moved up a notch with Bachey-Legros Santenay 1er cru. Thought it couldn’t get any better than the Regnaudot Maranges 1er cru “Fussieres. It didn’t but the Parize Givry 1er cru “Champ Nalot” matched it! 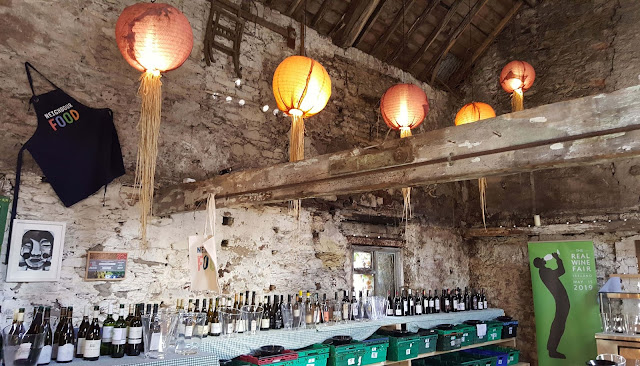 The three Beaujolais, including Foillard’s Morgan Classique, matched my high expectations and I found the Bornard Ploussard Point Barre very interesting and will have to explore it further and the same note was made about the Nicolas Reau Anjou Cabernet Franc “Pompois”.

Despite a recent tip from Jean-Frédéric Hugel during the recent Findlater Tasting in the Montenotte Hotel, I was still very much surprised by the Binner Pinot Noir “Beatrice” from Alsace. M. Hugel told me of a huge improvement in Alsace Pinot Noir over the past twenty years and this is another outstanding example. If I must ever chose just one wine for the desert island, this will certainly be on the shortlist. As Rex Pickett wrote in Sideways I "was vertiginously winched up to a more rarefied plateau".

Always worth keeping an eye on is Beauregard-Mirouze from Corbieres in the South of France for well made wines at attractive prices and their “Ciel de Sud” is certainly one. And, in the same category, check out Maule’s “Masieri Rosso” from Italy. Other Italians to note are the Foradori IGT Vigneti delle Dolomiti and the Ampeleia Coste Toscana IGT. 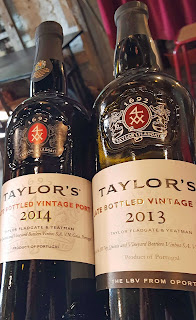 Spain didn’t disappoint either. The Peza do Rei Tinto Ribera Sacra is worth checking out and so too is the Alfred Maestro El Marciano Garnacha (just note the 15% abv!). The New Zealand Pebble Dew Pinot Noir hit the spot too, just like its Sauvignon Blanc earlier. I’m something of a Gamay fan but have never seen one as light-coloured as the Radford Dale “Thirst”. Interesting also was their Syrah “Nudity”. Just might be buying a bottle of each.

My finalé to a very pleasant couple of hours - we had some lovely local producer bites provided by Jack Crotty who has made this old building the base for Neighbourfood - was another drop of port and another chat with Chris. The finalé, sweet and conversation stopping delicious, was provided by the 2013 Late Bottled Vintage. I hadn’t had a drop of Port since Christmas and this reminded me in the nicest possible way of what I had been missing. If you’ve not been sipping Port lately, why not give it a try. It is just too good to leave out of your personal portfolio!


You can get quite a lot of very interesting information on port here.
And you can see Chris on video here at the Californian Wine of the Month Club.
Apple Market Chris Forbes Le Caveau Kilkenny NeighbourFood Port Takashi Miyazaki Taylor's Port