The foyer of the Montenotte Hotel is abuzz as we enter last week. Lots of shiny suits and colourful dresses fill the comfortable spaces. And the buzz continues into the Panorama Bistro where we thankfully have a booking (they are turning people away) and where we are about to enjoy a surprisingly delightful meal.

Well, maybe not that surprising! We have been studying the menu and it looks very inviting indeed. At the table, among the family parties celebrating their new graduates, we see that this evening there are no less than nine specials, three under each of the main headings. Besides, we have some inkling of what new chef Liam Kirwan is capable of as we enjoyed a delicious lunch during the summer at Mikey Ryan’s in Cashel (where he was then employed).

And big kudos too to the Panorama staff. They were busy but, nonetheless, they performed very well indeed, always with a smile and even finding time for a quick chat or two. So efficient were they, that there were no delays in getting the food to the tables. We were in early and some customers were leaving but soon the restaurant was full again, those with tables near the long window getting the full benefit of the great view over the city and, just underneath, over the lovely new gardens here.

But our eyes were on the menu, my hand on a pint of Chieftain Ale as they do offer the Franciscan Well beers here. You could well start with one of their Snacks, a Cashel Blue Rarebit among them, but we go for the dishes under Starters and get two beauties. 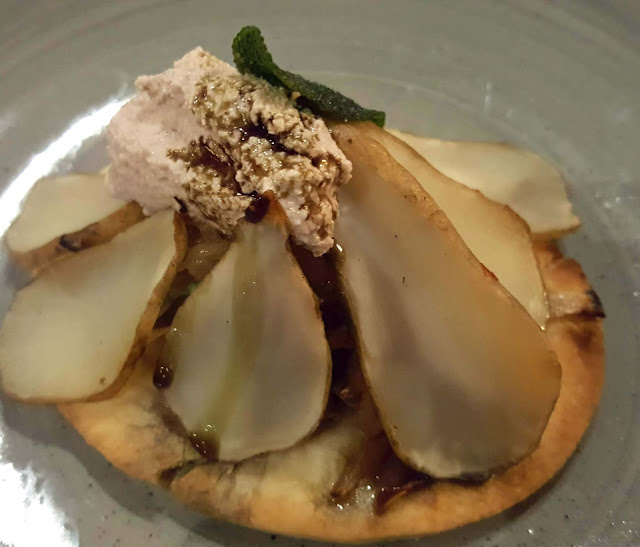 CL picks for the Crab Gratin with Wheaten Bread Crust. Clearly stated. No big highfalutin phrases on this menu. But the dish is high class, packed with flavour and a little spice and she declares it as one of the best crab starters she’s ever had.

But, we agree, mine is even better. The Roast Jerusalem Artichoke and Shallot Jam Tart with walnut ricotta, is pleasing to look at and its melange of flavours and textures is hard to match. Not too sure that any starter I’ve had in recent months comes anywhere near this gem!

CL is a Hake lover (Hake’s not my pet name, by the way) but not so much if this delicious fish is smothered in a creamy sauce. No danger of that here (none of the four fish dishes, including the two on special, has a cream sauce). Her Saffron Poached Hake, with Gubbeen chorizo, butterbean and charred Padrón pepper casserole is a magnificent melange of flavour, texture and smoky aromas. Really top class.

My mains is deceptive, looks like a small pie in a big dish. Maybe I should have had ordered a side. But the Ballinwillin Venison Wellington is loaded with the aromas and tastes of Autumn in the wild - that “little pastry” packs a powerful punch of flavour and texture, with no little help in that department coming from the cavolo nero (the kale of Tuscany), the dark chocolate jus and the roast celeriac. As you can see from this dish, the new menu is seasonal and local (Ballinwillin is in Mitchelstown).

Quantities here are, like the quality, very well judged indeed. You won’t really be stuffed, unless of course you wish to be and indulge in some of the tempting sides which include Truffle and Rosemary Fries, Buttered Greens, and Creamed Spinach to mention just a few.
So we had room for dessert and went for the one we had noted when we first got our hands on the menu: the Mulled Plum Pie. Another beauty and another seasonal dish, so you’d better get in there quick and, don’t forget, make a reservation!

Excellent choice of desserts (again three extras on special) but I’d better tell you about the cheeseboard as it illustrates the kitchen’s commitment to local. The description is Milleens, Crozier Blue, Daru, Cooleeney Camembert, oat cakes, whiskey honeycomb, barm brack, walnut brittle, pear. If you get that, sit back and relax and hold off on that taxi for a while! 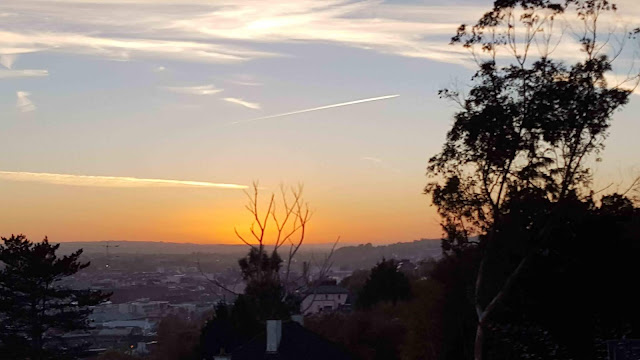