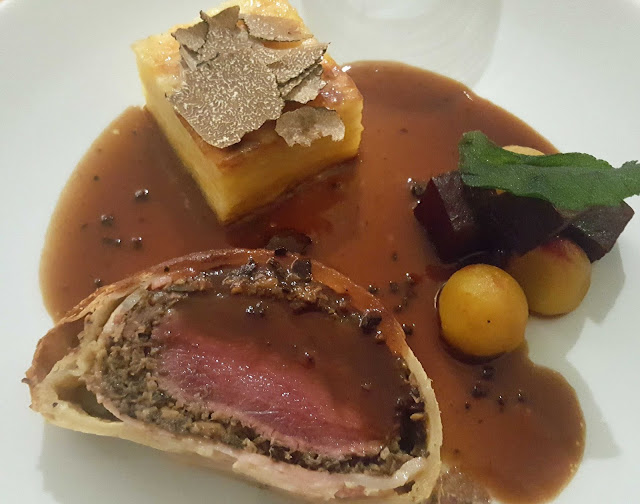 Jason Carroll, the experienced chef/owner of Loving Salads, showed his experience and  versatility recently when producing a terrific Irish Game Dinner night at the Academy Street venue. He had mega help from Craig Coady. Craig, like Jason, also worked with Micheal Fleming and then went off to London and worked with the Caprice Holding group in the famous Ivy restaurant as sous chef, La Caprice and also the famous J. Sheekey fish restaurant. Then he returned home and was Executive chef at the Fota Island Hotel for 9 years before coming to join LovingSalads in 2015. 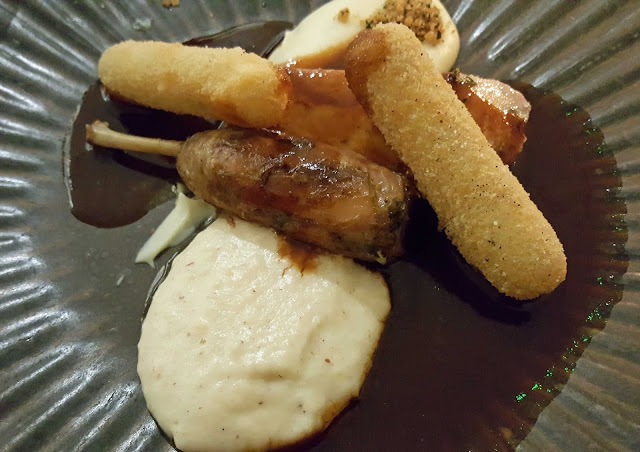 The very pleasant evening started with a glass of prosecco and a few nibbles. Wine was also included and two that stood out were the Gevrey-Chambertin and also Saint-Julien 2003 from the Medoc in Bordeaux.

But the game was the star of the show, particularly the venison. Carroll, who has worked with some of the best chefs locally, in the UK, Europe and Australia, gave it the star treatment. It came wrapped in brioche and under that was a moist circle of mushrooms, and parma ham. Black truffles, mustard, juniper and herbs had all been used to enhance the seared saddle of venison and there were also golden and red beets on the plate and a helping of madeira jus. Absolutely superb. Shame it was just over two days last week - he may well have another special before Christmas but more than likely it will be a fish evening. 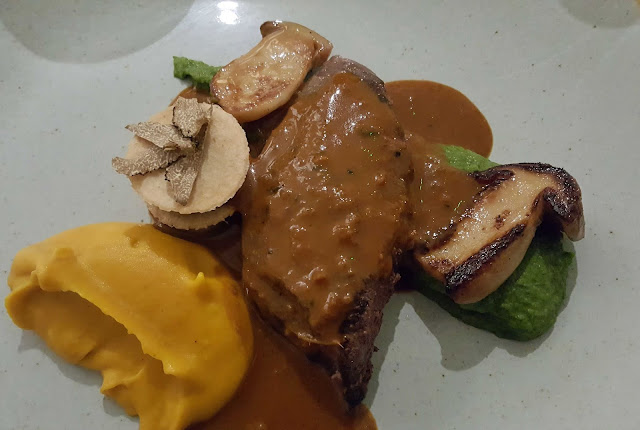 Our starter was Red-legged Partridge breast with celeriac, bread sauce and juniper jus. The description is a bit understated. Next up was Wood Pigeon which came with Prince Squash, Pea purée, and seasonal mushrooms, along with a mille feuilles liver paté. Pigeon, compared to other game, doesn’t always go down well, but Carroll’s version was another winner. 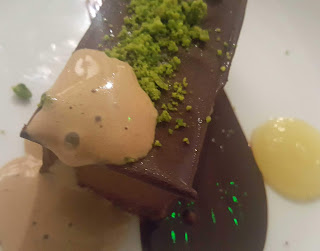 After that, and before the venison, it was time to refresh the palate and in the tarty Lemon Mousse, they had just the job. The main dessert was chocolate: 70% Madagascar chocolate delice with hazlenut praline and espresso sabayon. And we weren’t quite finished yet as a delicious and generous piece of Pistachio Nougat came with the coffee.

The extremely high standard should surprise as Carroll’s CV includes working early on with Michael Fleming of Fleming’s, then under Pierre Kofmann at La Tante Claire 3* Michelin, later worked with Phillippe Etchebest – Meilleur Ouvrier De France (voted best chef in France in 2000) at the Chateau des Reynats a Chancelade, a two star in Perigord. More experience in Australia before working with Peter Kurvita at Flying Fish Sydney 2* in 2004. 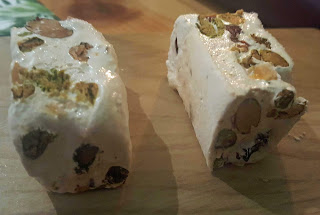 Home for a short spell then at Sheraton Fota Island Resort & Spa before heading off to a major job as Executive Chef at the Sheraton & Westin Resort & Spa in Fiji. He was in charge of both hotels with 800 rooms, 125 chefs, 12 restaurants, banquets for more than 1,000 guests, 3 acres of farming land and farm team! Home again in 2014 and started up Loving Salads!