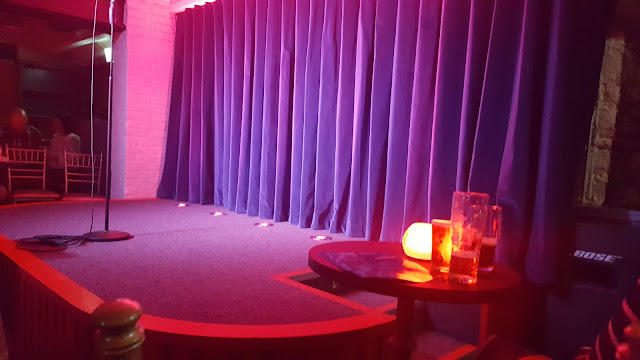 Like some food? Drink? Lots of laughs? All under the one venue? The simple answer is to head to Mardyke Entertainment Complex, enjoy a meal at Holy Smoke, then head into the Cellar Theatre for a drink and a comedy show by Wonky Donkey. And to make it easier for you, you need just the one ticket. There are couple of combined food and show options available and you may check them out here.

Food comes first for us, of course, and we were looking forward to the Holy Smoke visit. We weren’t disappointed - far from it. There is a special Pre-Show Menu on Friday and Saturday nights (the only nights that Wonky Donkey operates - so far!). And it is a menu that contains quite a lot of choices and a good variety as well. 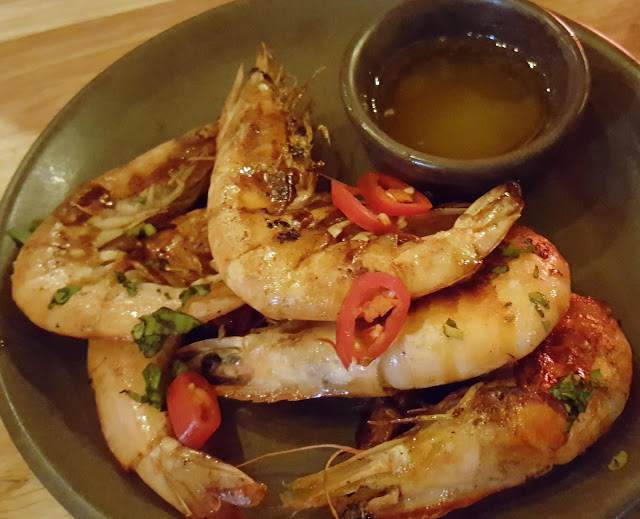 There are a bunch of sharing plates to start with - you don’t have to share! We got two contrasting ones, both very impressive. The Whole fire-grilled prawns in a chilli, lime and coriander butter was CL’s choice while mine was the Ox cheek with fire roasted carrot & marrow gravy. And yes, we did share!

The pork here is “handsome” and, since she likes handsome fellas, CL choose the Pulled Pork (Pork shoulder, cooked low n’ slow and smoked for 14 hours over oak, hand pulled & mixed with Holy Smoke BBQ sauce. Served with slaw and corn bread). As always, the smoked meat was full of flavour, enhanced by their own barbecue sauce.

By the way, if you haven’t been to Holy Smoke in a while, I'd advise you to check their general menu. There are now more choices than ever for all kinds of eaters, including vegetarian and fish. For instance, there are no less than 13 starter/small plate options. Check the general menus here

Quite a few local beers in bottle but just one, Rebel Red, on draught. That was one of our choices and the other was the Punk IPA from Brew Dog. There’s a bigger choice once you enter the Cellar for the comedy and here I switched to Franciscan Well’s Chieftain. Not too many tables in there though for your drinks and the arched rows of seats in front of the stage are close enough to one another.

There was a bit of a delay in starting the show but then it was non-stop. I don’t know how they do, up there on stage, joke after joke, funny story after funny story and not a note in sight. 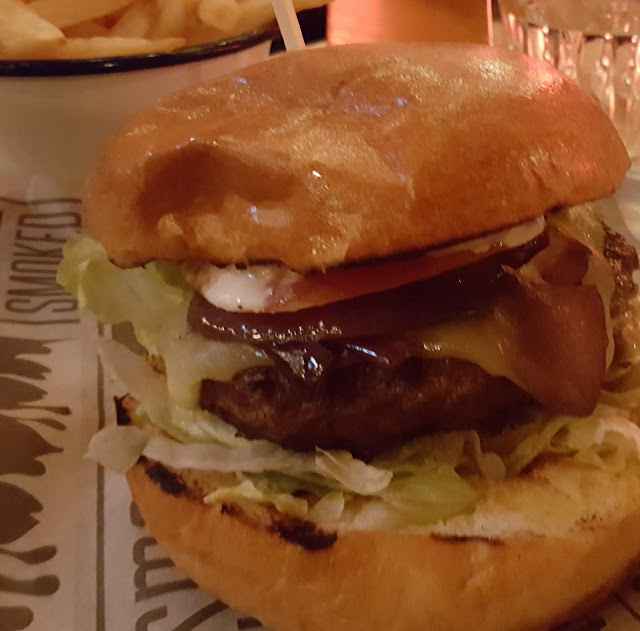 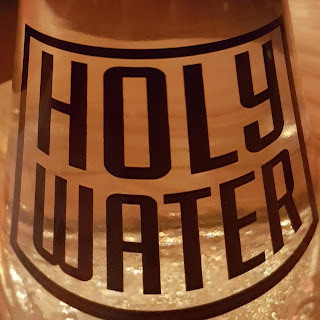 Mike Morgan, one of the men behind the Wonky, introduced the show and gave us a taste of what was to come with laugh a minute routine of his own, and had us in stitches with his tales of greyhound walking and bingo playing (apparently he is the Mallow champion in both disciplines) and then there was mother-in-law or was she just a random shopper? You never know with these guys.

Ross Browne, another Wonky mainstay, was bigger and noisier than Mike. Both were well dressed though, sharp suits, shiny shoes, a bit like the Sky Sport’s soccer presenters. Irish comedy has changed a lot since Hal Roach (though he also dressed well) ruled the roost. Lots of language and not of the foreign variety, though Mike did essay a few words of French.

And it’s kind of head on challenging. I think Dan Martin, one of the two lead stars of the “Rowan and Martin Laugh-in”, a hit comedy show of the 60s and 70s, would approve. “People are basically irreverent,” Mr. Martin said in 1968, explaining the appeal of the show. “They want to see sacred cows kicked over.”

One of the catchphrases of Laugh-in was Sock it to me!  Browne and company do just that. He said he was looking at a crowd of turnip heads, though he seemed to include his own in that assessment of the Irish noggin.

He probably wouldn’t go down too well in Listowel. He said nobody ever goes to that town except by accident, maybe after turning off the Sat-Nav and taking four wrong turns. I presume when he’s performing in that Kerry town, he takes the mick out of Cecilstown (ask Mike about that place).

And that was only half the show. After the interval, Micky Bartlett and Mark O’Keeffe entertained the packed house, the Wonky Donkey’s fourth sell-out in a row. There’s sure to be a big demand for tickets for next Friday and Saturday so get online now and book the food and comedy option that suits you. The line-up over the coming weekend includes Fred Cooke, Naomi McDonald, Brian Gallagher, Ross Browne and Mike Morgan.