The Best of Game. Venison Dishes to Track Down


The Best of Game
Venison Dishes to Track Down 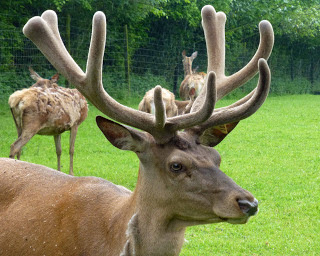 It’s game time in Ireland and one of the best places to get your fix is at Blair’s Inn in Cloghroe. You get hungry just listening to chef Duncan Blair: “Game is a big part of our menus this time of year. We introduce it gradually in November. It’s a slow burner at first, but it becomes extremely popular as the season progresses.

“Our venison, stout and dark chocolate casserole is a real hit. Our own favourite has to be the haunch steaks (or the loin if we’re feeling fancy pants). Love serving it simply; rare with honey roasted celeriac and parsnip with a red currant and dark chocolate jus.” 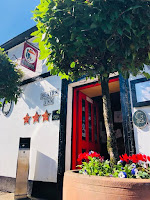 Blair’s is well known and loved as a supporter of local craft beers so I wasn’t surprised with the answer when I asked Duncan what he’d drink with venison.  “With a casserole, it has to be the 9 White Deer Stag Stout. With the haunch or loin I love it with a decent Pinot Noir, like the Forrest Estate, which has a delicate fruitiness but with a bit of bite too. Savage!”

Martina Cronin, the excellent chef at Blarney’s Square Table told me they do venison every year. “We would do a bit more game but are a small restaurant and don't want to have waste.”

“We do a roast venison loin and braised venison served with Caramelised Brussel spouts, smoke bacon lardons, chestnuts and a parsnip puree. The orange and ginger and juniper berries in the parsnip puree works really well cuts through the richness of the venison.  It’s a really solid dish full of complementary flavours and the Cabernet Sauvignon vinegar in the venison braise brings a touch of acidity to the dish and balances well with sweetness of puree and saltiness of the smoked bacon.” Sounds superb!

Last April, the Irish Times headlined “Consumer interest in venison falls dramatically” . But is doesn’t seem to be the case around Cork. I’ve had some terrific examples recently, beginning with Liam Kirwan’s Wellington in the Montenotte Hotel.

This is somewhat deceptive, as at first it looks like a small pie in a big dish. And I was thinking maybe I should have had ordered a side. But the Ballinwillin Venison Wellington is loaded with the aromas and tastes of Autumn in the wild - that “little pastry” packs a powerful punch of flavour and texture, with no little help in that department coming from the cavolo nero (the kale of Tuscany), the dark chocolate jus and the roast celeriac.

Gemma Murphy is Head Chef at Bellini's in the Maryborough Hotel and she impresses with her Venison Loin, coffee and orange glazed salsify, heritage beetroot, parsnip foam. A magnificent combination and that venison was superb, possibly the best piece of meat, of any kind, that I’ve come across this year. And, in unknowing keeping with Duncan’s wine hint, our wine from Les Deux Cols, was a blend of Grenache Syrah and Cinsault (producer Simon Tyrrell calls this the Pinot Noir of the south); put to the test, it matched well with the venison, a super dish indeed.

During a special Game evening in Loving Salads, the venison was the star of the show. Chef-Owner Jason Carroll had major help from Craig Coady on the night and this was Craig's dish. The meat came wrapped in brioche and immediately under that was a moist circle of mushrooms, and parma ham. Black truffles, mustard, juniper and herbs had all been used to enhance the seared saddle of venison and there were also golden and red beets on the plate and a helping of madeira jus. Absolutely superb. Shame this game special lasted just for two days.

Top of the Game
Venison, as you know, often comes as part of a game pie and one of the best examples I came across over the past two years was the one at the Village Tavern in Murrisk (Mayo).

I had been looking forward to that Game Pie since I first saw the list. The mega mix included rabbit, pheasant and venison with a horseradish and cheddar mash and the pie was surrounded by a tonne of roasted root vegetables. And then there was a bottle of Westporter Stout (from the local Mescan Brewery) to help it down. A memorable meal.

Like to know more about venison? Then one of the best places to try is Ballinwillin House, suppliers to restaurants in Ireland and the UK. Their website is here.

* Just notice that Pier 26 in Ballycotton have a game night on Nov 30th. Details here.