A slice of Cork Food History. A walk; then a superb lunch in Jacques.


A walk; then a superb lunch in Jacques.


Saturday last was that little bit different for members of the Munster Wine and Dine. No bus needed this time. A walk through some of Cork City’s old food (and drink) sites was followed by a lunch in Jacques where the menu gave an occasional nod to food from the past.

The walk, more of a conversation on the move really, began near Seamus Murphy’s Onion Seller sculpture in Cornmarket Street and  threw up a few surprises.

The first was the delight of some walkers who were seeing the Saturday Coal Quay Market for the first time. And another delight came up in Shandon where sweets from the local sweet factory were distributed. Gaps of anticipation as the bags of Bull’s Eyes, Clove Rock, Butter Nuggets, Pear Drops, Rhubarb & Custard and other old time favourites appeared! 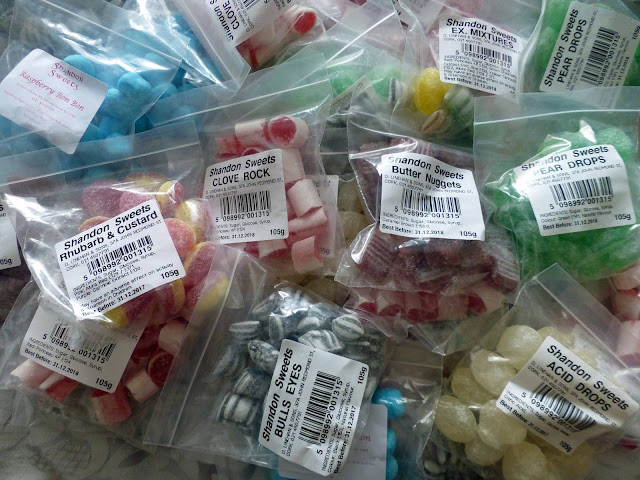 There were some differences as to the highlights - one walker loved the Seamus Murphy Dog Drinking Bowl in Patrick Street where the stroll finished - but there was general agreement that the powers that be need to get their act together about the Butter Exchange area, an area packed with history, that badly needs renovation and that has the potential to be a major tourist attraction. One suggested that a good power-wash would be a start.

Certainly much more needs to be done and quickly before the Exchange and its Portico fall victim to the march of time or the match of the arsonist.

While some of the history touched on stretched back over the centuries, some was quite recent and when we reached the site of the old Whitaker's Hatchery on Camden Quay, we had first hand knowledge passed to us by ex-employee Aoife McCan. She told us all about the day-old chicks that were dispatched by bus all over the county and beyond.

But it was her tale of the “turkey sexer" that really surprised everyone. Apparently it is not easy to tell the difference between the genders. But some people have the gift! And Whitaker's had to book their expert well in advance and get him in from England when the turkey chicks, destined for Christmas market, were being born. Nobody wanted the “tougher” male turkeys, so the “sexer’s” job was to weed them out. 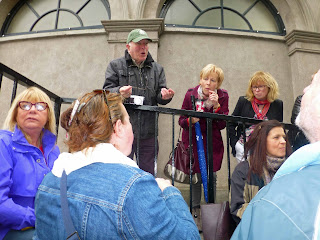 The Kiln Rover once flowed past Whitaker's but that part of it is now enclosed underground. We went up towards the brewery to get a glimpse of its waters. And another walker was able to tell us that the brewery and a nearby distillery (St Johns, long closed) would have had an argument or two about their use of the Kiln River’s water.

If you missed the walk, I have published my notes for it here and you may check it out for yourself. And if you want to get some of those sweets, note that the factory is open Monday to Friday, not on Saturday.

Huge queue at Jacques as we arrived for lunch but it was at the other side of the street heading to see Cillian Murphy in Crane Lane. A welcome glass of Longueville House cider as we got to our seats and than an immediate bite from the past: pickled mussels, apple, nasturtium. The pickling was a method of preserving them.

We had a choice of starters and I picked one of the old ones: Lambs kidneys, smoked potato purée, raisins, pine kernels, red wine. A blas from the past. The Barry’s here buy quite a share of their vegetables from the Kilbrack Farm stall in the Coal Quay market - we had stopped there earlier - and the Kilbrack beetroot was featured here with Ardsallagh cheese.

Dave Barry’s Queens turned up in my mains which was a delicious fresh Hake, with seaweed butter, those spuds, and sprouting broccoli. Also available were Confit Duck (with pearl barley), Leg of Ham (with colcannon) and more.

And dessert was largely foraged: Carrigeen mousse and in-season blackberries. As we walked out on to the street, the rain had started to fall. We didn't mind too much as it had stayed dry for the walk!
If you missed the walk, I have published my notes for it here; you may like to check it out for yourself.