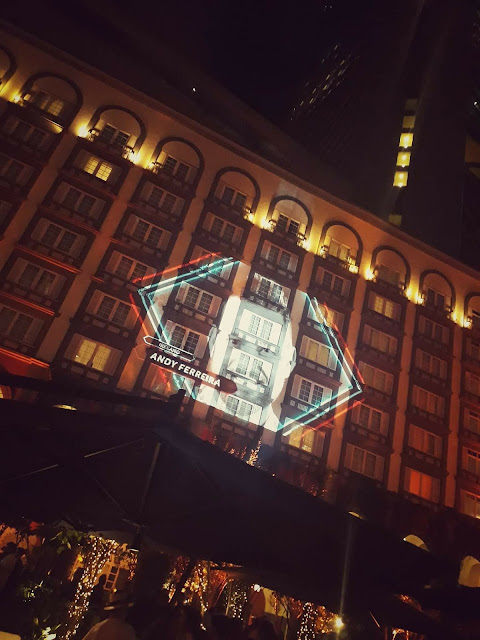 Andy Ferreira of Cask (Cork) was one of the 55 bartenders who competed in the recent World Class Bartender of the Year in Mexico City, a competition geared to “change the way you drink in 2018”. Kaitlyn Stewart from Canada emerged as the overall winner.

Andy, who won the Irish competition, didn’t make the final round but won’t be looking back with self-pity, far from it as you can gather from his reflections after his exit. “So my World class adventure has come to an end. Incredible two days competing and I gave it everything. No regrets, which is great. Can't wait to see the top 10 in action tonight. Thanks for all the love y'all. The support was unreal.” 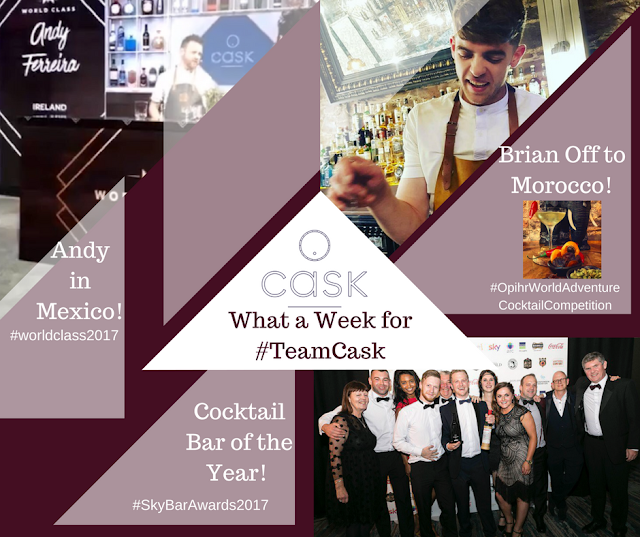 Andy’s road to Mexico involved a number of varied challenges. Nial Molloy, World Class Ireland Brand Ambassador, told me all about it: "Andy was first selected for the final 12 from over 40 top calibre entrants from all over the island of Ireland. He then went through an in bar judging stage which whittled the competition down to a final six. Andy then won out the Ireland leg of the competition in a live final which involved a number of challenges such as creating sustainable and signature cocktails for Industry leading judges followed by a speed round in front of over 200 of Irelands top industry professionals. 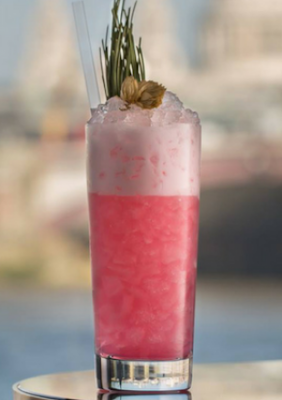 In Mexico Andy competed brilliantly. Keeping his signature style and Irish charm consistent across the four challenges set for him.  He was particularly well received in his Mex Eco and Signature Cocktail challenges where he got to showcase his style of bartending to some the World’s leading talents and judges. As Ambassador for World Class Ireland, I personally couldn’t be prouder of his efforts and achievements there. And needless to say he was much loved by judges and competitors alike. The competition boasts an extremely high calibre of Bartenders, with many coming from the Top Fifty bars in the world, a place I have no doubt Andy will bring Cask to in the not too distant future."

Hospitality is in Andy’s blood. His parents owned a successful restaurant which gave him exposure to the fast-paced industry from a young age. After furthering his trade in Dublin, he’s spent time in the USA, Australia, Africa and Asia.

He’s managed venues in the Thai mountains and rural Ireland, has won several awards and even set up a consultancy! His drinks programmes have introduced nature to his customers, using local produce.

The organisers’ press release (from here down) say Cocktail culture is skyrocketing internationally. Almost 9 out of 10 younger drinkers (88%) now enjoy cocktails on a night out. With Asia, the Middle East and Latin America now represented on the World's 50 Best Bar list, the people leading this revolution are from across the globe. They are bringing new ideas, techniques and cultural influences, leading to a dynamic fast-paced industry where new trends are emerging, inspiring people to drink better the world over.

The World Class Bartender of the Year Finals is the world's biggest bartending competition. Nearly 10,000 bartenders from 57 countries have taken part to win the crown of best bartender in the world.
In between judging the finalists, leading lights from the food and drinks industry got together to uncover the main trends they expect to see next year.

The trend panel predicted a rise in sustainability, signature serves, the link between mixed drinks and fine cuisine, and the increase in crafting cocktails at home. Some spectacular cocktail serves were produced as examples at the event.

Sustainable Serves - In a recent consumer poll, nearly one in two customers expressed a willingness to pay a 10% premium for socially responsible and environmentally friendly goods. So as well as helping the environment, going down this route could also make sound business sense for bar owners.
Dre Masso commented: "Sustainable and re-useable methods and ingredients are becoming increasingly important. The mixologists who embrace this new reality are the ones who will flourish.” Read more about sustainability in the cocktail bar here.

Signature Serves - One of the original cocktail innovators, Giuseppe Cipriani, created the Bellini in Venice in the 1930s, and today the home of the Bellini - Harry's Bar - is a must-visit. So with people now spending 5% more on luxury experiences than luxury goods[3], bar owners and mixologists who tap into this desire can thrive in 2018.

Alex Kratena said: "I expect to see more switched-on bar operators and bartenders creating unique drink experiences that go beyond 'what's expected' and push signature serves to become the answer to what tasting menus are in the restaurant world.'

Culinary Cocktails - This trend can be seen in some of the world's top bars with occasionally eyebrow-raising results, whether it's a foie gras and salted caramel infused Manhattan; or even a 'Margherita' pizza cocktail.

Matt Preston said: "With the rise of celebrity chefs and the increased interest in cuisine, the most enlightened mixologists will explore and experiment with flavours, textures, ingredients and techniques borrowed from their peers in the world of fine dining.

"From shock cuisine and hard core fermentation to extreme locality and the growth of restless "palate syndrome" there is so much the culinary and bartending worlds can learn from each other."

Cocktails at Home - Research indicates that 73% of younger drinkers enjoy cocktails at home on special occasions. They are switching-up the ingredients they keep in their kitchen cupboards for more adventurous cocktail-making.

Charles Joly said: "Rather than just cracking open a bottle of wine when guests arrive, it's the logical next step for cocktail lovers to be able to craft beautiful cocktails at home when entertaining friends."
Lauren Mote added: "The aim of WORLD CLASS is not just to find the best bartender in the world, we also want to inspire cocktail enthusiasts around the world to drink better, to give 'home bartenders' to the courage to explore what's possible, creating their own signature cocktails in their kitchen."

Visit Diageo Reserve makeitworldclass.com for the latest trends and recipes.