In the early 1970s, Steele and her husband, Norman, a lecturer in philosophy at Trinity College Dublin, decided to leave the city and the academic life in favour of raising a family on a small farm.

Veronica first experimented to provide an alternative to processed cheese for her family and to preserve the excess milk from their one cow. She eventually evolved a soft and pungent washed rind cheese called Milleens. It was a great success and by 1981 was selling in shops and restaurants throughout Ireland and as far away as London and Paris.

Steele was also inspired by cheesemaking as a route to viability for a rural area struggling with high unemployment. Today, Veronica and Norman’s son Quinlan carry on the tradition of making Milleens, but the book says that all of Ireland owes Veronica Steele a debt of gratitude for her vision and generosity of spirit.

The big breakthrough for Milleens came when Declan Ryan and Myrtle Allen tasted her cheese and enthusiastically featured their discovery on the cheese boards of two of Ireland’s most renowned restaurants, Arbutus Lodge and Ballymaloe House. 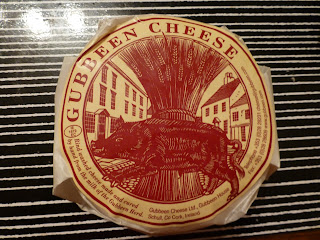 The West Cork washed-rind cheeses Milleens, Durrus, Gubbeen, and North Cork’s Ardrahan, each has an international reputation, and were all created by remarkable, spirited women, most inspired by Veronica. The flavour of Milleens is reminiscent of Munster (not the local Munster!).

Jeffa Gill started to make her semi-soft, washed-rind Durrus cheese on her hillside farm in Coomkeen on the Sheep’s Head Peninsula in 1979. She too was one of the first generation of Irish farmhouse cheese-makers. Using artisanal methods, Jeffa and her team, gently and slowly craft a cheese that is closely linked to the land and the mild and humid climate.

Gubbeen farmhouse cheese is made from the milk of Tom and Giana Ferguson’s herd of Friesian, Jersey, Simmental, and Kerry cows. One of the distinguishing characteristics of Gubbeen cheese is the unique type of microflora on the rind, which has now been identified and given the name Microbacterium gubbeenense.

Ardrahan, made by Mary Burns near Kanturk in North Cork since 1983, is possibly the feistiest and most pungent of all the washed-rind cheeses of County Cork.

Although the washed-rind cows milk cheeses have the highest profile they are by no means the whole cheese story of County Cork. Other fine cheeses, made from both cows milk and goats milk and now buffalo, round out Cork’s contribution to cheesemaking.

Dick and Helene Willems started making Coolea cheese in 1979 as a way to use up excess raw milk from their own herd of cattle and to provide the Gouda cheese that they were craving from their native Netherlands. Their son Dicky continues to make the superb cheese using milk from two local herds.

Dicky told me an interesting story on a recent visit. Their cheese was to be called Milleens after the local townland but that was knocked on the head as the Steeles, further west, on the Beara peninsula, and living in a townland of the same name, had just started making a cheese called Milleens. And so the Coolea brand was born.
Frank Shinnick and his German wife, Gudrun, began making raw-milk cheese in 1996 from their own dairy herd outside Fermoy, in North Cork. The cheeses are made in a 396-gallon (1,500-litre) copper vat procured at considerable effort from Switzerland. Fermoy cheeses are part of the Slow Food raw-milk cheese presidium. 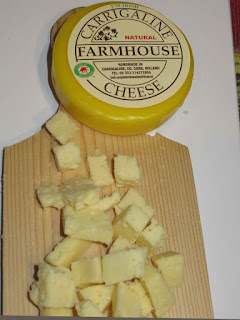 There are many other cheesemakers in the Cork area, such as the O’Farrells in Carrigaline and the Hegartys in Whitechurch, both well established.

“I love the smoked cheese”, declared Padraig O’Farrell during a visit. “It is indigenous to Carrigaline. The milk is local, and the wood, old beech, is local. And we smoke it out the back.”

Hegarty’s make cheddar and their more mature versions are in great demand. The oldest is indeed the more popular though, according to Dan Hegarty, his bank manager would prefer if the youngest was in top position!


Jane Murphy, a microbiologist by profession, is perhaps the queen of goats milk cheese in County Cork, having started to make cheese on the Ardsallagh farm in 1980. At the other side of the city, Orchard Cottage thrives as does Blue Bells Falls in Newtownshandrum in North Cork.


In Kilmichael, you’ve got the Sunview goats. Further west, on Cape Clear Island off West Cork, the remarkable blind cheesemaker Ed Harper makes small quantities of cheese from the milk of British Alpine goats that graze on his beautiful rocky farmland.


A few years back, neighbours Toby Simmonds and Johnny Lynch imported water buffalo and began making Toons Bridge mozzarella. A “parting” saw Johnny continue to make and sell the cheese, but now under the Macroom label.

There followed a burst of creativity at Toby’s Toons Bridge dairy and a few interesting Italian style cheeses emerged, including Cacio Cavallo (traditionally tied in pairs and transported to market by pack horse). And thanks to an Italian living near by, who has a small herd of sheep, Toons Bridge also began to make Vicenza’s Pecorino.
And two new cheesemakers have emerged in East Cork this year. You’ll find the cheddar style cheese from the farm of Bó Rua used in the 12 mile menu at Midleton’s Sage Restaurant and on sale generally. Not too far away, Stephen Bender produces a delicious Gouda style cheese called Ballinrostig.

Looks like there’s no end to what Veronica Steele started!

The Oxford companion, the most comprehensive work on cheese available, has drawn on an astonishing 325 authors (from 35 countries), from cheesemakers and cheese retailers to dairy scientists, microbiologists, historians and anthropologists.

It is a landmark encyclopaedia, the most wide-ranging, comprehensive, and reliable reference work on cheese available, suitable for both novices and industry insiders alike.

* Cork has a butter museum. Time now for a cheese museum?