O'Brien Wine Fair. A Cracker at the Clarion

Last Thursday’s O’Brien Wine Fair was a cracker. Some great wines, great wine-makers there too and a big crowd and all in a good cause: Irish Guide Dogs for the Blind.

I thought the Italian exhibitors put in a strong showing; I very much enjoyed meeting the lads from Germany’s Lingenfelder, the Pinot Noirs in general, the amazing Tawny from Bethany, the Albarinos, the Rieslings (the Europeans rather than the dieseled Australians), Bonpas from the Rhone and my favourite exhibitor was Gérard Bertrand with wines from their 11 vineyards.

The Lingenfelder guys are the 14th generation of a family that has been making wine for 500 years! They like visiting Ireland and are regulars at these fairs. Very much enjoyed a couple of their whites, firstly the Hare-label Gewürztraminer Qba 2013 and then the Bird-label Riesling Qba 2013, both off dry, both delicious.

Perhaps their big surprise, for me at least, was the gorgeous red Dornfelder Qba Osterberg Single. This is 100% Dornfelder from the single vineyard Osterberg. “Winemaking is beyond organic: no yeast culture addition, no fining, no chaptalization”.
It has spent six months in big oak barrels, barrels that are no less than 120 years old! A red delight for €18.95. Lingenfelder is in the Palatine area of Germany, which has historic connections since the early 18th century with County Limerick.

Matteo Ascheri had his wines nearby. He believes in letting the grapes and soil speak and they almost sang in the light and bright Barbera d’Alba 2015.  Much more serious was the superb Barolo Coste & Brico, a 100% Nebbiolo from two select plots. Aged for 28 months in oak, it is one worth looking out for, particularly when O’Brien’s brief Fine Wine Sale starts on December 1st, when it will  be marked down to €30.00 from €47.00.

I enjoyed some of Guerrieri Rizzardi’s wines earlier in the year and this time concentrated towards the high end. Pojega Ripasso, a blend hand-picked from the single vineyard of the same name, got us off to a good start.

Then it was on to a couple of classic Amarone, where grapes have been dried to increase concentration. The Villa Rizzardi Amarone 2009 is very highly recommended, a superb wine. But even that was outshone somewhat by the Calcarole Amarone 2009 where Corvina provides 70% of the blend. This is a single vineyard classic and both are reduced in the Fine Wine Sale.

Time then for San Felice and some Chianti, Chianti Classico that is. Their Classico 2012 is 80% Sangiovese and has been matured in large Slavonian oak Botti for ten months. These are large, 10,000 litres worth! The wine is excellent.

Still there is a noticeable step up when we taste the Il Grigio Chianti Riserva 2012. This is 100% Sangiovese and 80% of it has been matured in Slavonian oak. Can Chianti get any better?

It can, as we found out when sampling the Il Grigio Chianti Classico Gran Selezione 2013. Sangiovese makes up 80% of the blend and it too spends two years in oak. A very fine wine indeed and also marked down in the Fine Wine Sale. 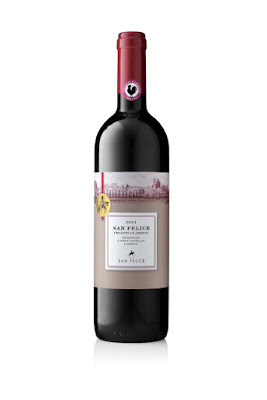 Hard to pass Burgundy and neighbouring Beaujolais so there was a guaranteed stop at Jean Loron.  The first call was to taste the Duc de Belmont Bourgogne Blanc 2014, a 100% Chardonnay from soil close to Beaujolais, aged for 8 months on fine lees.

I liked that very much but I liked the Chateau de Fleurie 2014 even better. This 100% Gamay is from a small estate on some of the best terroir in Fleurie. Very Highly Recommended.

There were excellent Albarinos from Monte Real, from Marques de Murrieta and from Coco I Fitó. The latter’s Lagar de Costa 2015, hand-picked from old vines in cool coastal vineyards, really hit the spot. It is cool fermented and later rested on its lees for 3 months. At €16.95 it well worth looking out for.

This Catalonian based company had another gem in their reds, the Sao Abrivat, at €20.95. This is a lovely blend of Tempranillo (40%), Grenache (35%), and Cabernet Sauvignon (15%) and has been aged for 12 months in a mix of French and American oak.

Speaking of blends, there were two outstanding examples of the Bordeaux style, one of them, the Vitrum Blend 2012 from Chile. Viña Chocálan’s Aida Toro told us the mix is Cabernet Sauvignon 35%, Syrah 27%, Malbec 13%, Cabernet Franc 18%, Carmenere 5%, and Petit Verdot 2%. Not quite the Bordeaux blend but quite an brilliant wine that has been matured in French oak for 12 months. By the way, her Vitrum Malbec is excellent too.

Another superb blend was found at the outstanding exhibit from Gérard Bertrand, the Cigalus Rouge 2014. This is a seven grape blend of “Bordeaux varietals with local Languedoc varieties”, from the biodynamic Cigalus Estate. Absolutely brilliant and another to watch out in the Fine Wine Sale. 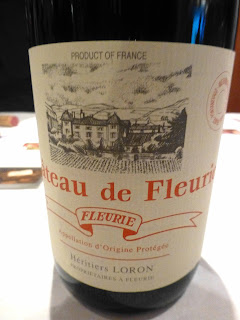 We has begun here with the Cigalus Blanc, another blend, “great with scallops..pork,” he told us. The grapes are Chardonnay, Sauvignon Blanc and Viognier and it is also a superb wine. Also worth trying is their Corbieres red blend, Domaine de Villemajou.

And don’t forget their Domaine d L’Aigle Pinot Noir 2013. Top class as well. It wasn't the only superb Pinot Noir in the hall at the Clarion (now the Clayton). Jackson Family Wines brought two beauties from the US.

We started with the Byron Pinot Noir Santa Barbara 2013. Hard to beat that, I thought. But the Cambria Pinot Noir Julia’s Vineyard 2012 was even better and one of the stars of the show.

We got a nice little masterclass in Rhone wines at the Bonpas stand, starting with the Reserve de Bonpas Cote du Rhone 2014. “Very good, very popular and sells well every year.” Yes indeed, a cracker marked down to €11.95 for November and December.

Up a rung then to the Sieur Alphonse Gigondas 2015, predominantly Grenache, and a gorgeous wine even if more or less twice the price of the opener. For another seven euro, you’ll find yourself in Rhone heaven, sipping the Domaine Herbert Bonpas Chateauneuf du Pape 2014, again predominantly Grenache. 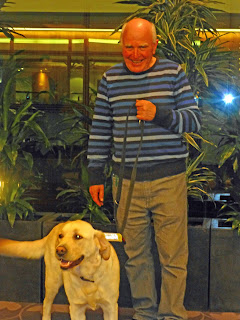 So, how to finish? Why, with a few sweet ones of course. So back to Bertrand for a sip of the Rivesaltes Vin Doux Naturel 2002, a 100% Grenache and “extensively” aged in oak casks. Served colder than the other sweet wines but has good acidity and is an excellent drop.

Longview Epitome Late Harvest Riesling, from the Adelaide Hills, was the lightest of the three, again with nice acidity, gorgeous wine and great value at the current €12.95. My favourite though was next door at the Bethany display, the Old Quarry Tawny, a blend of Grenache and Shiraz from some of their oldest vines. This has been fortified and aged in old French and American oak. Superb, and a lovely way to finish a lovely evening.

Many of the wines are marked down for November and December so be sure and check the O’Brien website here.