Neil McGuigan in Kinsale. Where Everybody Knows Your Wine

November 20, 2016
Neil McGuigan in Kinsale
Where Everybody Knows Your Wine 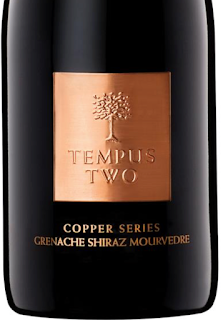 Neil McGuigan of Australia’s McGuigan Wines was delighted to be back in Ireland - where people pronounce his name correctly. It had been a busy week for the Chief Winemaker, with engagements in Dubai and Malta and then time out in London to celebrate the company being named International Winemaker of the Year for a record fourth time.

Twenty four hours after collecting the trophy, Neil was speaking at Friday's wine dinner in the Pier One Restaurant in the Trident Hotel, with the bow of an ocean-going freighter about 25 yards behind him (it was tied up!). Carole Norman welcomed him on behalf of the Order of the Wine Geese and also introduced Michael Barry of Barry and Fitzwilliam who import the wines.

Neil lauded the involvement with Barry’s saying it is much more than commercial at this stage. “We got Kate (Barry) out to Australia to do a vintage and we sent son Matthew over to Ireland. I reckon we got the better deal!”, he joked.
They are well known for their Black Label series and are building on that with the intention to go “iconic”. He acknowledged James Busby as “the father of the Australian wine industry”. And he listed other pioneers including Penfolds in 1844 and, joking again, McGuigan in 1992! The early winemakers concentrated on making fortified wines, helping the government get drinkers off the much stronger rum that was then popular.

“Table wine was a late starter and it was only in the 1970s that it took off. Before that we had no idea that we could make wine.” And he pointed to the fact that they started putting the variety on the label and that proved to be their toe-in-the-door of the international market. “We made it simple for consumers and the move helped Australia go forward to Europe and the world.”

Then he paid tribute to his family, recalling how his grandfather “got us involved”. His father worked with Penfolds for decades and “we got him to one hundred and he was a wonderful guidance to us”. Neil's brother Brian established the brand “giving me a vehicle to drive”.

“I run a wine company and it is all about the wine. We want to over-deliver on quality at every price point. Purity of fruit is our aim, to see the grape reflected in every bottle. Awards are all well and good but innovation is very important.”

And that had been illustrated as we came in. Our welcome drink was a McGuigan Frizzante (Neil loved pronouncing that one!) and it comes in a resealable bottle. Produced from Semillon grapes, it is “easy drinking, for everyday”.

The Trident kitchen were in top form and our first plate was a delicious Smoked Duck, caramelised plum and celeriac remoulade and the wine here was Tempus Two Silver Series Pinot Gris. Tempus is a “boutique winery” in McGuigan and the wine was “French style, pears on nose, richness on the palate”.

Next plate was a delightful soup with a crunch: Wild Mushroom, Truffle Oil and Hazelnut Soup. And the wine was a killer, perhaps the best of the night, for me anyhow. Any remaining prejudice against Australian Chardonnay will be blown away by one sip of the McGuigan Founders Series.

“Chardonnay is the prince of white grape varieties. We may have put people off but we have brought the pendulum back. Grapes are no longer over-ripe; these come from the cool climate of the Adelaide Hills.” 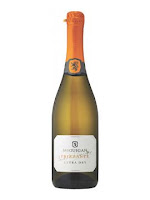 It is lovely, elegant and refreshing, an outstanding example of the grape. Neil told me that it is well oaked but you hardly notice it as the freshness is amazing. “Getting the pH right in the vineyard is key”, he emphasised.

After that, we enjoyed the Brioche crumbed scallops, Rosscarbery black pudding, pear and cauliflower puree. While I was really enjoying the Chardonnay, I found the Pinot Gris a better match with this dish!

Their 2013 Cabernet, part of the Founders Series, had great balance and was very approachable, just the job for the beef. “We find the Cabernet has lots of early flavour and then tannic at the end but has a hole in the middle! We fill that hole with richness from the oak. Coonawarra is great for Cabernet”.

The wine suggested for the Sea Bream was a Rhone style blend, their Tempus Two Silver Series Grenache (75%), Shiraz and Mourvedre. Rich, vibrant and full bodied, it was soft and rounded and absolutely spot-on with the fish.

And that Founder Series Cabernet was very much in evidence again as we finished off a superb evening of food and wine and no little chat with a delicious Munster Cheese plate. Neil was on his feet for one final time, extending thanks to the Trident kitchen and staff.

A few hours later, he was on his way to catch a flight from Dublin to Dubai, hoping to be back in Australia on Sunday evening. Such is the life of a wine-maker. You can make all the wines you want but someone must get out and sell them! Bon voyage and see you next time.

* McGuigan cultivates grapes in the Lower and Upper Hunter, Mudgee, Cowra, Adelaide Plain and Adelaide Hills, Murray Valley, Barossa and the Limestone Coast and processes in three operating wineries. No wonder they claim to be "The Flavour of Australia".