Sharing a half kilo of baked cheese is fun on a winter's evening as we found out this week. It is recommended for four but the two of us managed quite well, thank you!

Our cheese came from Bradley’s in North Main Street, Cork, and was the famous Mont D’Or from France (there is also a Swiss version). Like wine, the French version has its own AOC and is a much prized cheese from the Franche-Comté, made with whole cow’s milk, and is generally available only from October to March. 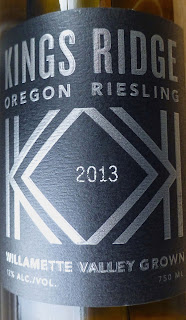 The rind (inedible) can be peeled back and the runny cheese simply spooned out. But baking it, in its box, is the treat. Again, it is not the only cheese that comes in a box. Camembert is another and that too can be baked. Sheridan’s suggest that both Durrus (360g) and Gubbeen (450g) can get the same treatment but they don't have a box so you’ll have to improvise with a sheet of foil.

Indeed, it was a recipe in the new book, Sheridan's Guide to Cheese, that we followed (more or less) with the Mont D’Or. You simple score the top rind, add in a couple of sprigs of thyme and a clove of garlic and a half glass of white wine and bake in a pre-heated oven for ten minutes. For some reason, the ten minutes was totally inadequate and ours needed double that.

It was carefully brought to the table, the rind peeled back and then we dug in with chunky bits of Arbutus Sourdough (bought at Davidson’s, the local butchers). And then we dug in again. And again… You get the picture! All the while sipping from the Oregon Riesling. 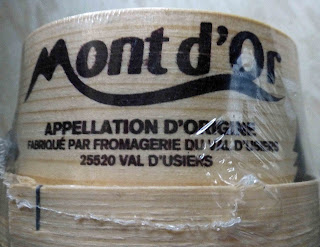 That gold coloured wine proved to be a gem and also quite a match for the cheese. White fruits on the nose and also that petrol but reasonably muted. Palate is crisp and fruity, fresh, light and fragrant, no sign of that petrol, good acidity and a decent dry finish. Some of the fruit used comes from one of the oldest vineyards, planted in 1968, and this “adds depth and complexity to our Riesling.” A Very Highly Recommended Riesling indeed.

So there you have it. Quite a treat. And wouldn’t all three, a box of cheese, a bottle of the Riesling and the Sheridan's book be quite a present for that special someone. They might even share!