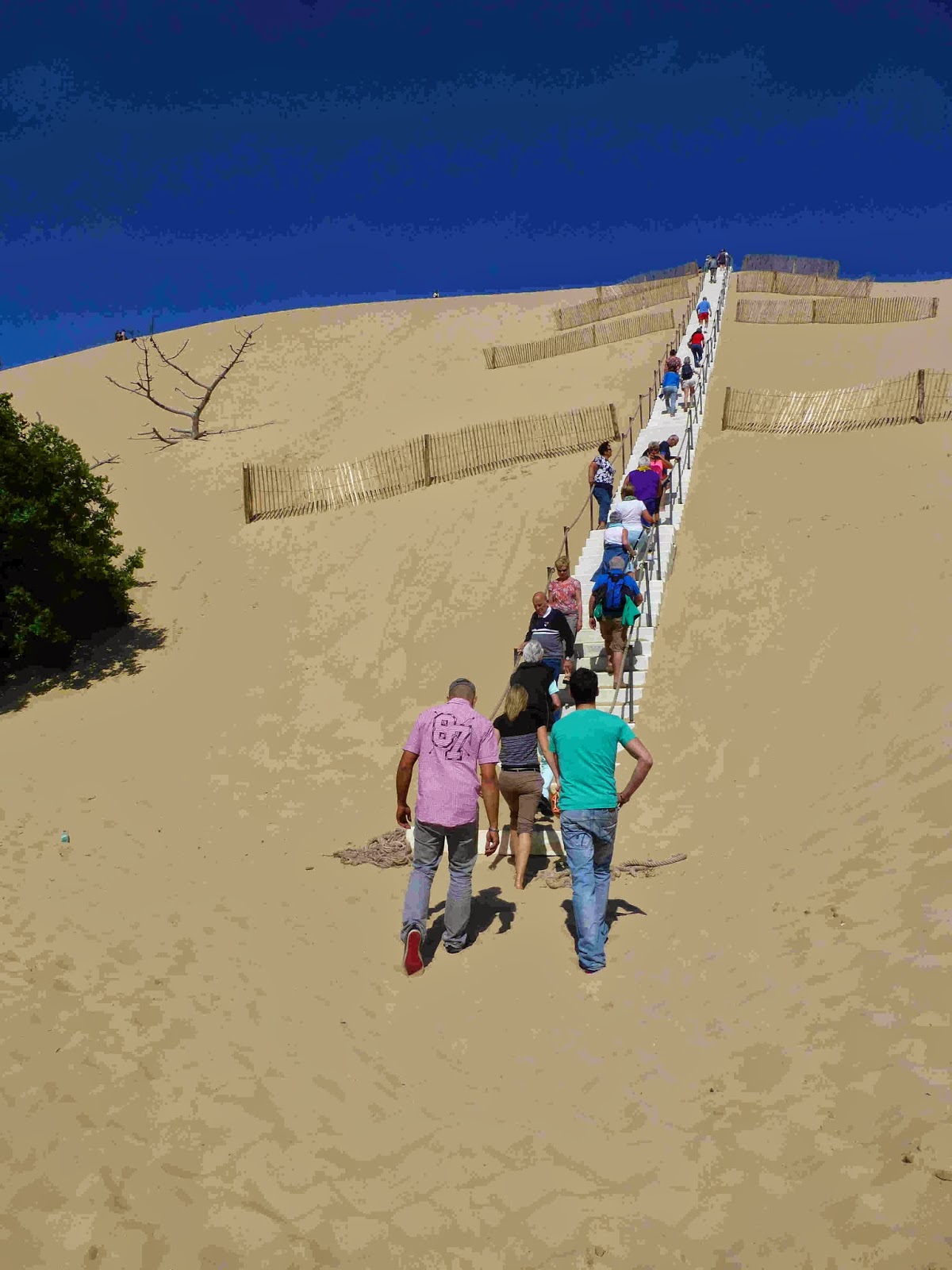 Today’s highlight was undoubtedly a morning visit to Dune du Pilat, the highest in Europe. It is about two miles long, about 600 feet wide, and some 384 feet (117 metres) high. These measurements constantly change as this is a moving mass of sand, a few miles south of Arcachon. 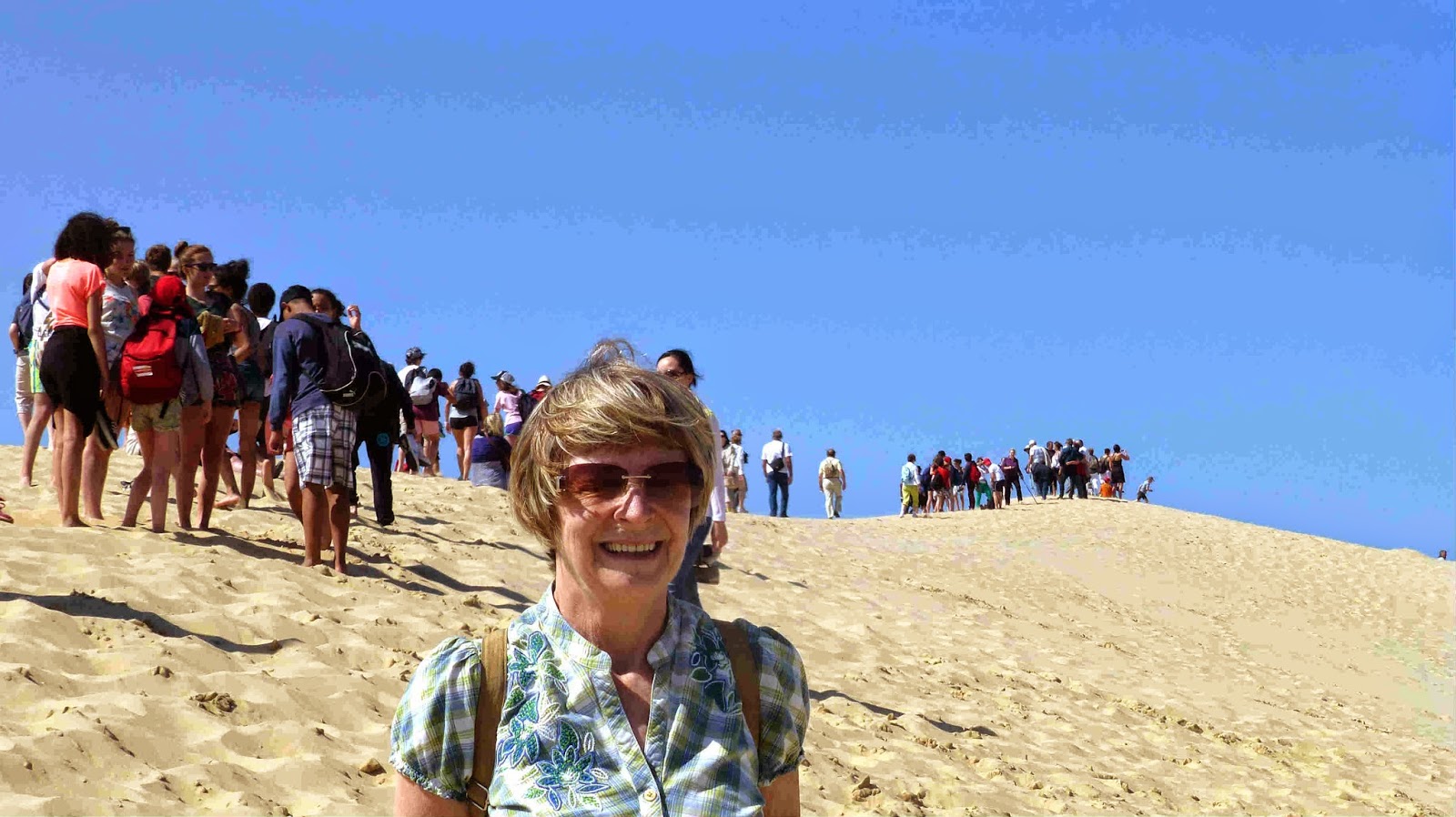 The steep climb is eased by a set of steps and you can also use them coming down. You may also walk down on the sand (which we did) or even roll down. Either way, your shoes will be full of sand, also your nose, ears, eyes, etc. Indeed, on a windy day, you’d better protect yourself at the top as the grains of sand are whipped off the crest at quite a pace and can sting.

But is well worth the climb to the top, as you are rewarded with a magnificent 360 degree view, to the tree shaded town of Arcachon, Cap Ferret across the opening of the Bassin, the Atlantic Ocean itself and some big sandbanks, not forgetting the huge forest below that doesn't look so tall now. No admission charge but there is a parking charge (four euro for four hours).
Back in Arcachon, we stopped for lunch at the Brasserie des Marquises, a platter of chorizo, salami and ham for me, a platter of seafood tapas (breaded squid, mussels, etc) for CL. Quite good, though hardly outstanding, for ten euro each, while a 250ml carafe of Bordeaux Rose cost €6.50.

In the afternoon, we headed to the nearby oyster port of La Teste de Buch. Not too much going on here; the tide was out and so were the oystermen, though there were many boats stranded on the mud. There was bit of noise and colour when a rally of 2CVs gathered in the port area. 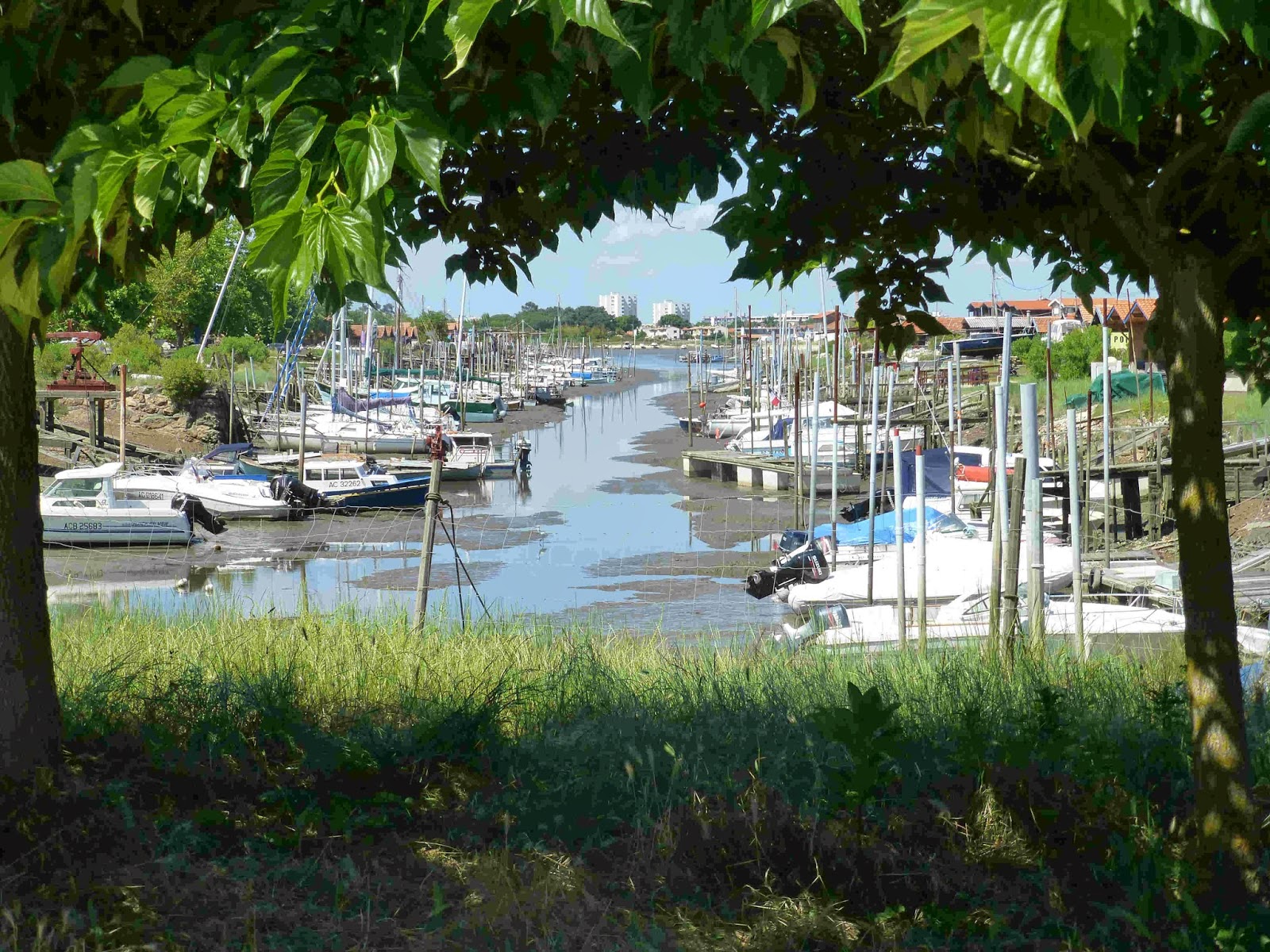 As we got back to the car, we spotted a huge seafood store and called in and thoughts of a restaurant meal were banished as we worked our way through this treasure trove and stocked up for dinner. We’ll be eating out tonight, but it’ll be outside the house. This has been a terrific day and I saw 32 degrees in the local chemist about six o'clock. It was about twenty degrees when we were on the dune (and that suited us) and it has risen gradually during the day.