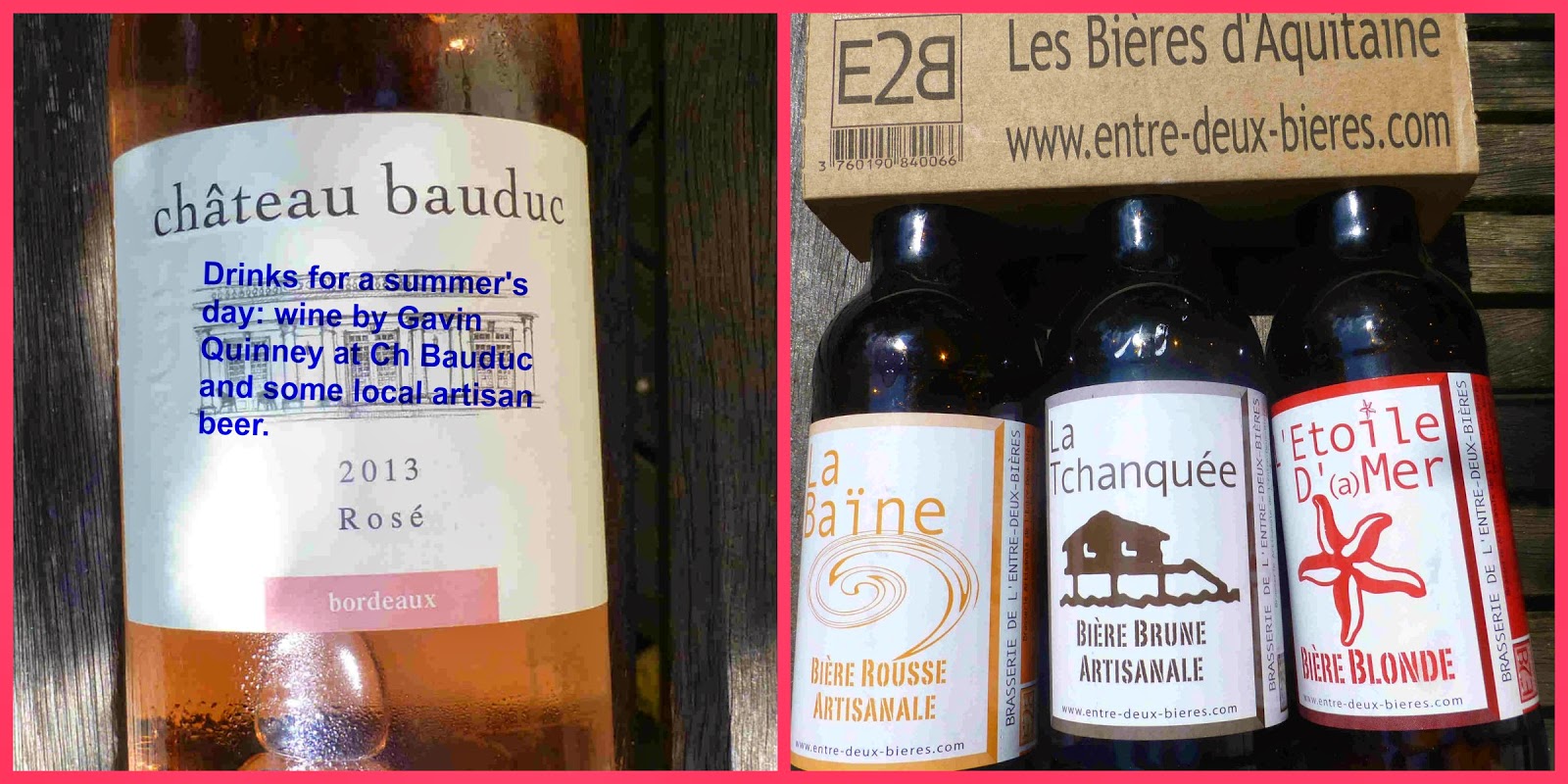 When in France, we tend to take it easy at the weekends, avoiding the crowds in the popular areas and the traffic on the major roads. Today followed that pattern. A late rise was followed by a leisurely visit to the local market where Stuffed Tomatoes were bought for lunch and Roast Rabbit for dinner.

On the way home, we called to a local speciality shop and bought a few presents and also a few bottles of local craft beer by Aquitaine brewery E2B. Enjoying one of those now, the red beer, as I type. The earlier one was compared to a Pale Ale. Both so far are excellent but different. The Red Beer, for instance, contains black grape juice and cane sugar, so you get different flavours. But that is par for the course and one of the attractions of craft beer. In English or in French, the message is the same. Banish the big and the bland! 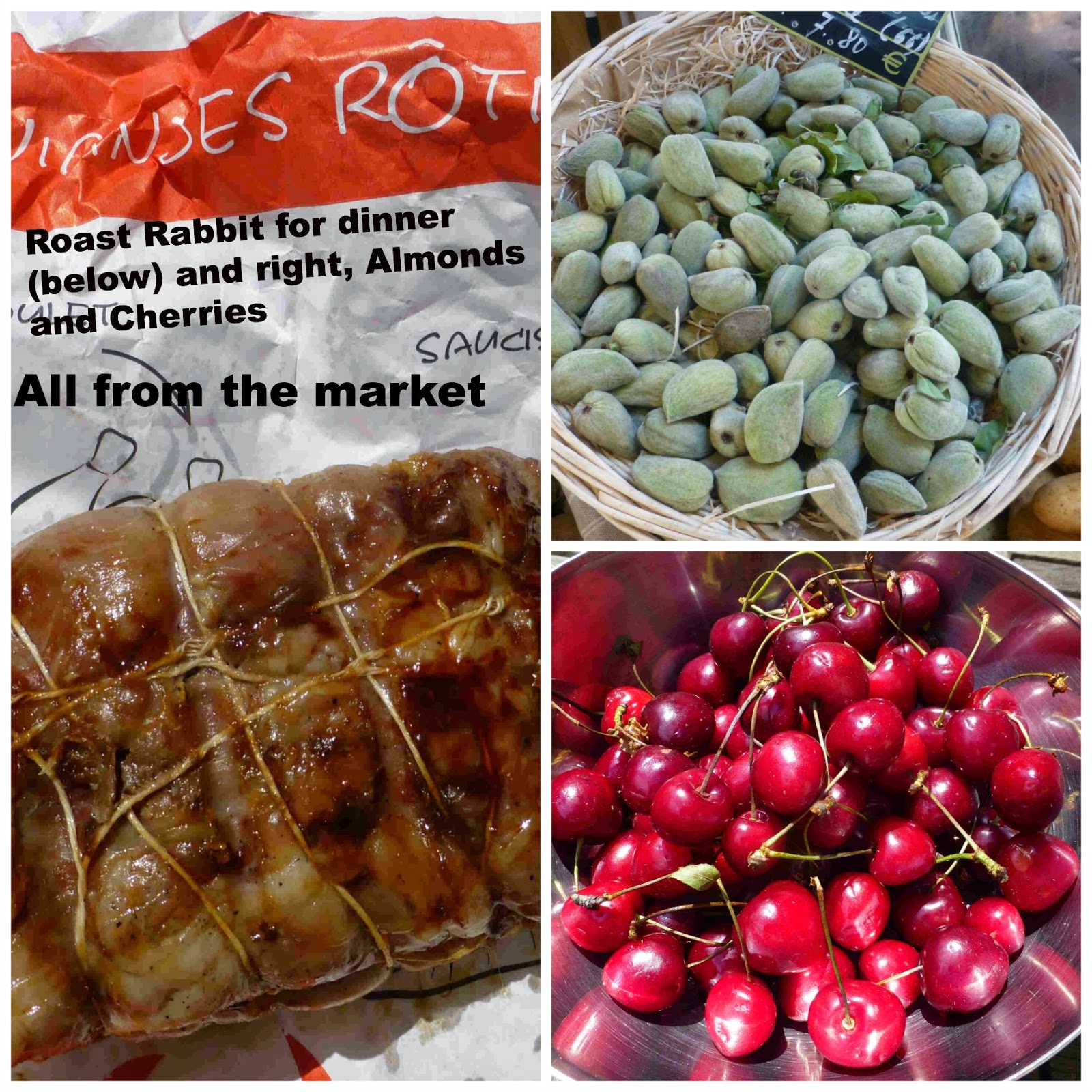 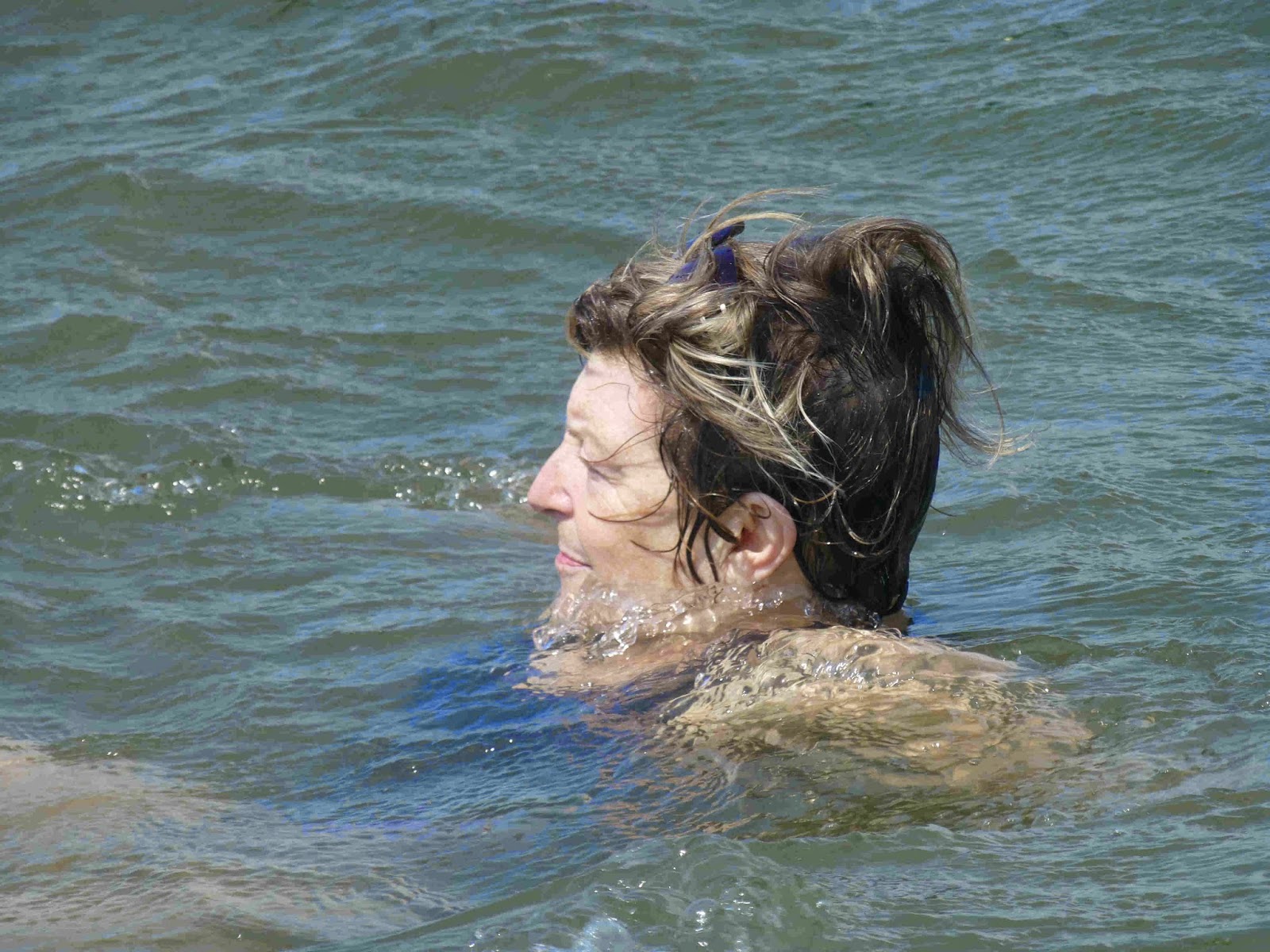 With the aromas of the Roast Rabbit rising from the kitchen below, I don't want to go on too long with this post. Just a line or two to say we spent the afternoon on the beach and in the waters of the Bassin. Surprisingly windy but that gave a welcome cooling and the waters are warm.

The amount of boats in the marina here is staggering and even more staggering is the traffic on the Bassin. In daylight hours, between fishermen’s boats, excursion boats, ferries, yachts, even jet-skis, there is never a dull moment on the water.

Bye for now. That rabbit is proving irresistible!