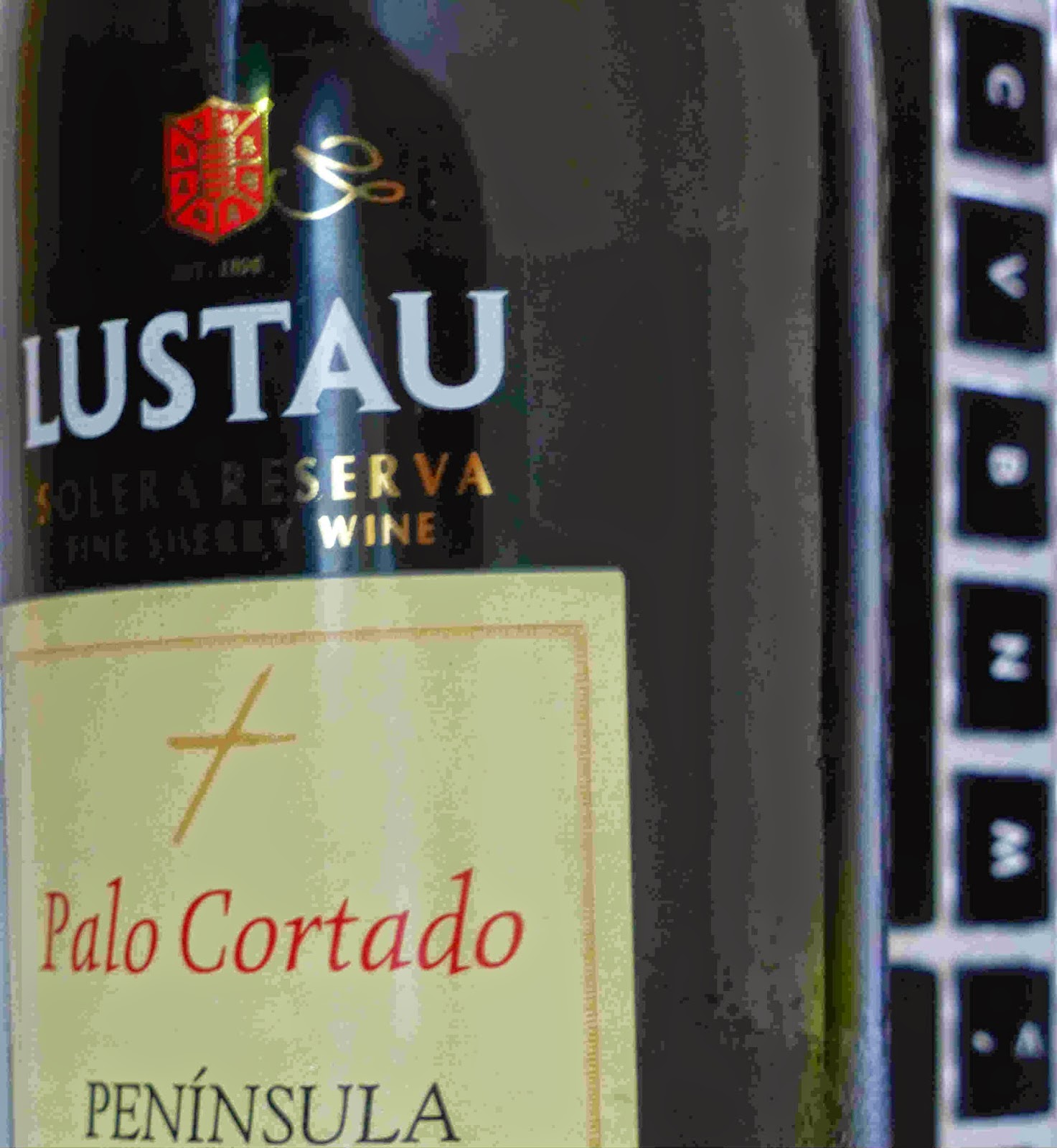 Missed Sherry Week - didn't have the nerve to ask for one in Bordeaux - but made amends immediately on returning home by opening a bottle of Lustau’s Palo Cortado. Palo Cortado is one of the ten (at least) styles of sherry, coming midway in the range between light and dark, between Fino and Pedro Ximenez, "combining the delicate bouquet of an Amontillado with the body and palate of an Oloroso".

The Lustau Solera Reserva Palo Cortado Peninsula, to give it its full title, is a terrific example of the style. It has an ABV of 19 per cent (usually about 15 for a Fino) and its inviting bouquet is followed by rich nutty flavours.

I bought mine at Bradley’s, North Main Street. They sell it in a handy 37.5 cl sized bottle - you don't want your sherry hanging around too long. In the “olden” days, the Sherry bottle was kept from Christmas to Christmas. God knows, maybe the postman knows, what it tasted like after five years in the back of the cupboard!  Sherry, presumably in good condition, has been described by Alexander Fleming (the discoverer of penicillin) as the best remedy against disease.

I’ve seen a recommendation, from those that know, that this style, once opened, should be kept tightly corked in the fridge for no more than 6 weeks. No excuse for keeping a 37.5 cl bottle that long though. Unlike other wines, the sherry bottle should be stored upright in order to reduce the surface of wine exposed to oxidation to a minimum.

And oxidation does kick in immediately, so don't put off finishing your bottle. Lots of appropriate moments to enjoy your Palo Cortado. Use it as an aperitif and other recommendations from the folks in Jerez (the only place in the world where Sherry is made) include using it with nuts, cured cheese, cold meats, tuna, game, and stewed meat. Ideal serving temperature is 12-14 degrees celsius.

Now, in which corner of the fridge did I leave that Lustau?