In the Heart of Graves. A Sweet Surprise.


We had something of a dilemma when we arrived at the Maison des Vins de Graves this afternoon: they hold more than 350 wines of the region which stretches about sixty kilometres (and about 15 wide) from the suburbs of Bordeaux to the villages of Langon, all on the left bank of the Gironde. Didn’t think I was up to tasting all 350.

Luckily, we had a great tasting (of about nine!) and were able to make some choices and, of course, purchases. Back at the ranch now with some red and white and sipping away happily from a bottle of Chateau Magneau rouge 2008.
While they do hold the reds of Pessac-Leognan, the dessert wines of Barsac and Sauternes are not on show here. But I was surprised that they did have some sweet wines of Graves itself, those blanc moelleux coming under the AOC of Graves Superieures. Tasted some and bought the Tour de Calens, “the exception that proves the rule”. The other Graves dessert wines come from the borders of Narsac and Sauternes and the micro-climate there but Calens is up by Pessac-Leognan.


The Maison des Vins is in the town of Podensac and one of our main reasons for visiting was to see the distillery that makes the rather famous local aperitif called Lillet. Unfortunately the public area is undergoing some renovations and not open for about another three weeks or so.

Not a great reward after braving the busy Bordeaux rocade (ring road), a place where you keep your eyes open and your hands and feet at the ready, where drivers make manic moves like the fellow in the artic that swept into our lane this morning and swept back out again, all in the one movement. Phew! But it is something we are getting used and will see more of if we are to see more of the vineyards. 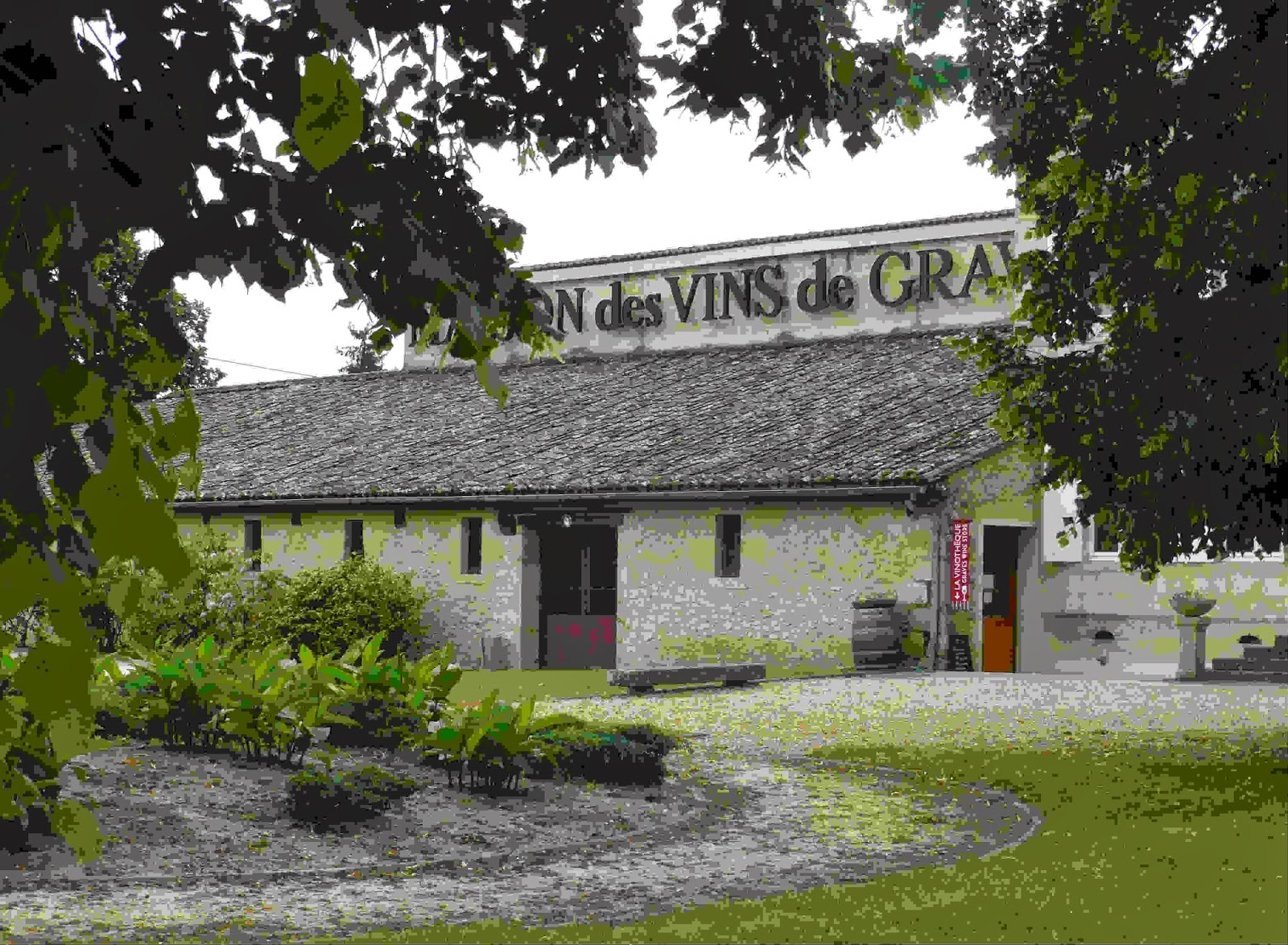 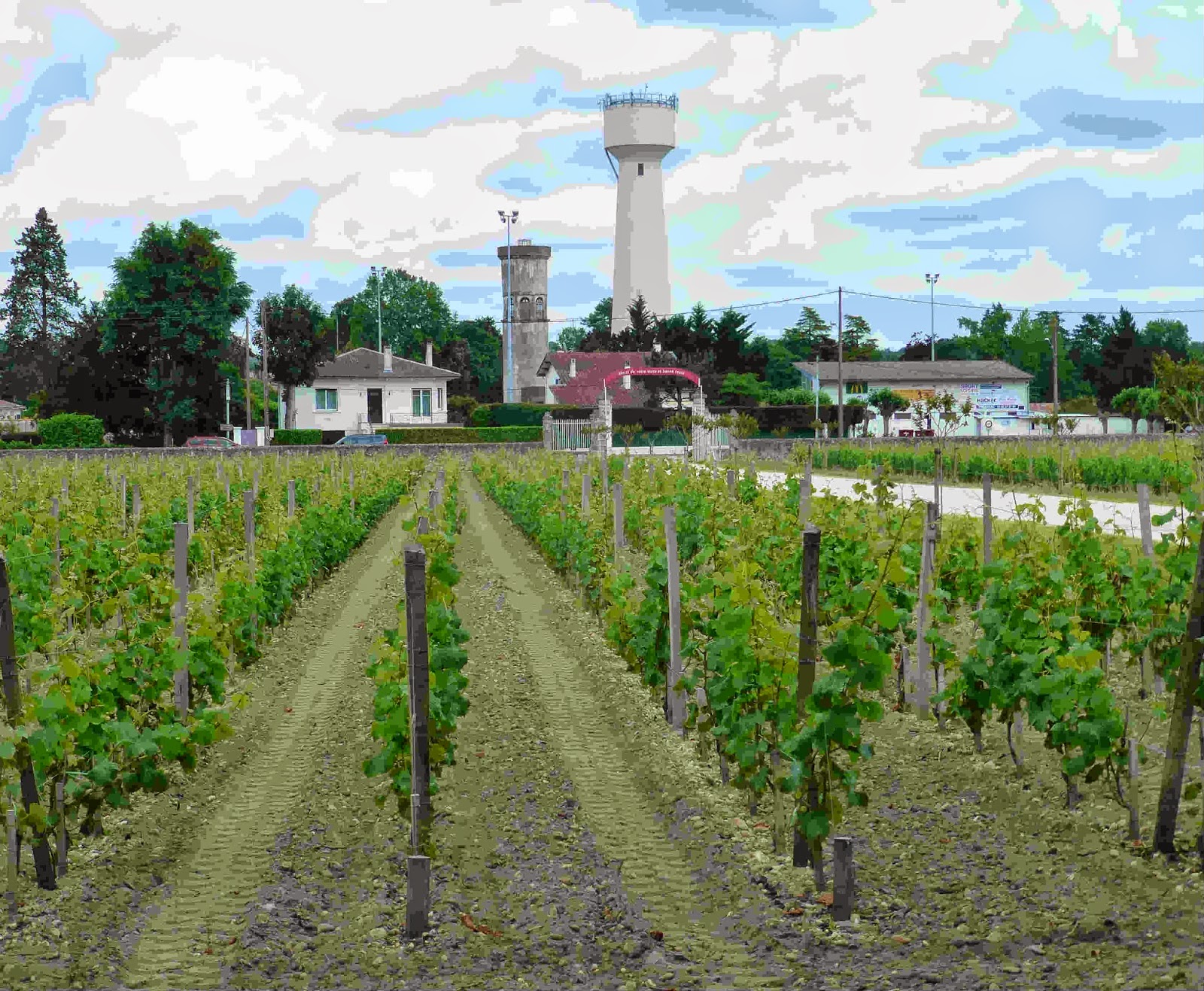 Before the aborted visit to Lillet, we had called to a lovely restaurant in the town called Chez Charlotte where a three course meal cost us €22.00 each. It was quite a good one too and the proprietor had good English and was eager to engage in conversation. He was quite proud of his food, especially the rabbit and pistachio terrine starter, all made in house.

He was also proud of the area, listing the main attractions as Charlotte (big smile!), the Lillet Distillery, The Maison de Vins and the fact that they had a water tower by the famous architect Le Corbusier. You can see the latter from the grounds of La Maison des Vin. In fact, you will see two towers, but the smaller older looking one is the effort by the renowned Le Corbusier.