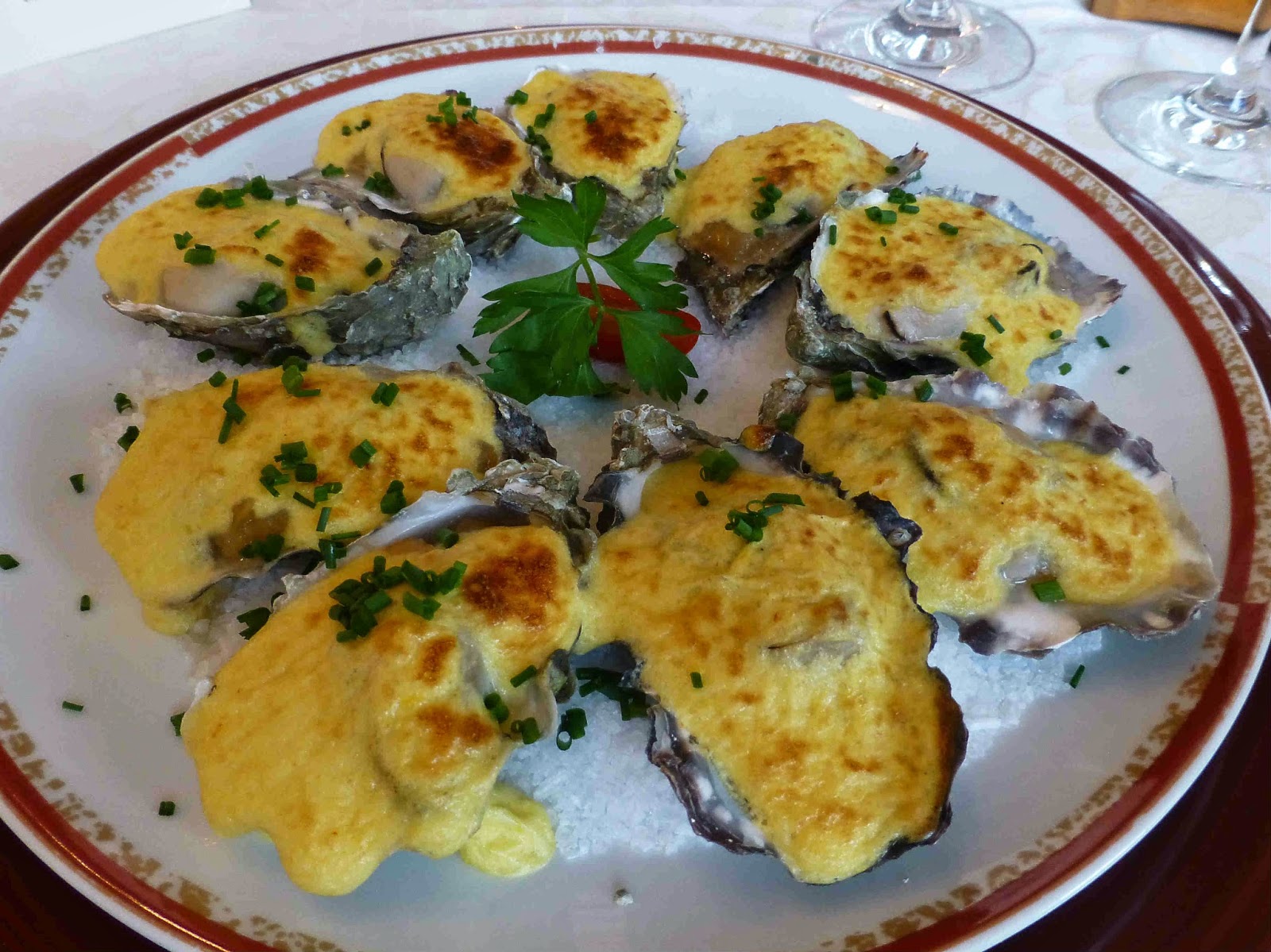 Today, Friday June 6th 2014, was mostly about the Arcachon Bassin and its oysters. In the morning, we spent a few hours out on the water on an excursion while in the afternoon we visited an excellent little Oyster Museum in the the oyster capital of the region Gujan-Mestras and , just now, at the town centre restaurant Au Mille Saveurs, I had the most amazing oyster starter. 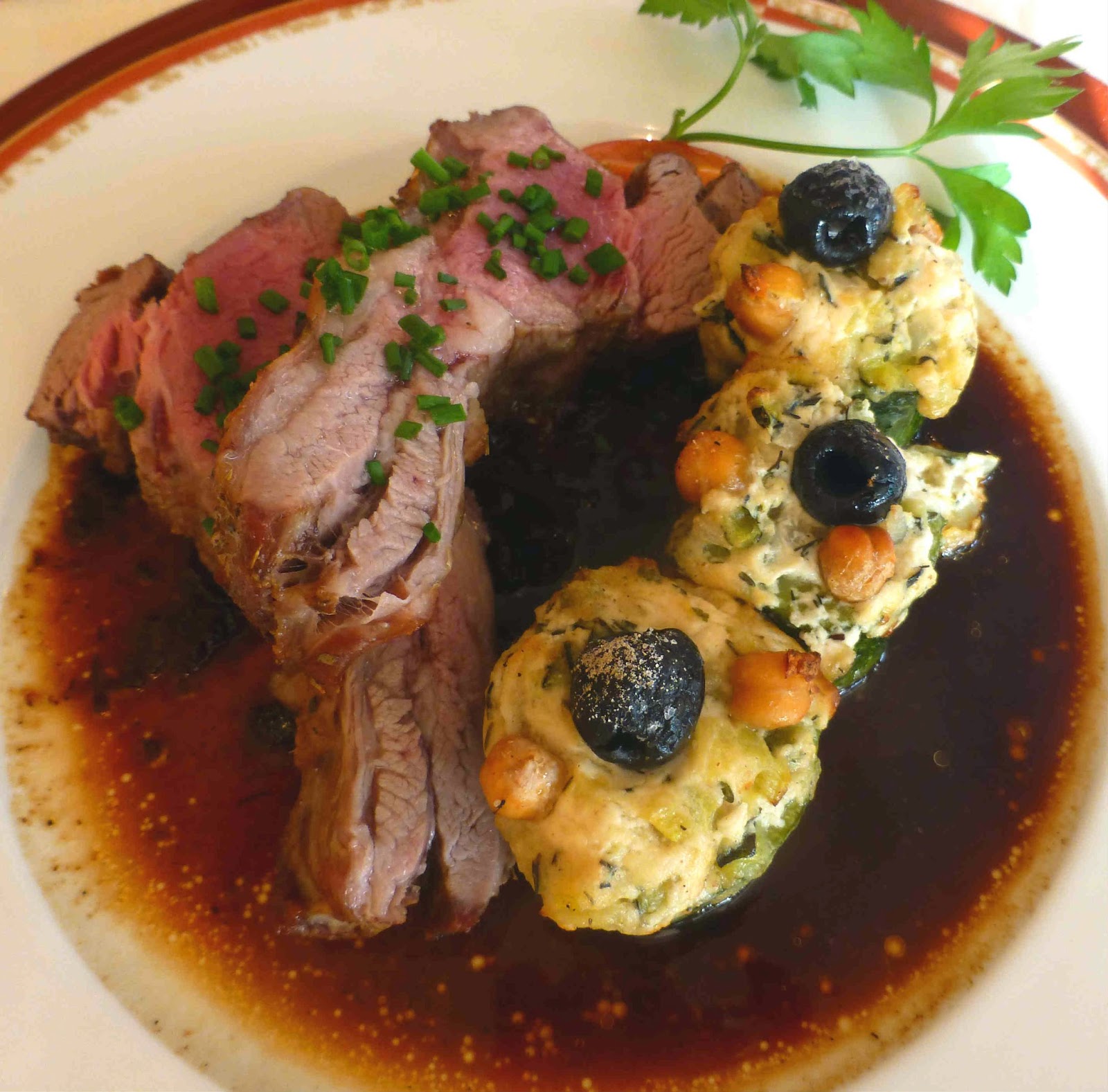 While the oh so tender beef, flambeed with Cognac, came with mushrooms and a most gorgeous jus. I have kept the French versions along side, if you want to check the flu detail. (Filet de boeuf flambé au Cognac, cèpes aux pignons de pin, millefauille du Sud et jus court parfumé à la truffe)
.

Then the cheese plate arrived on a trolley and we had our pick of Camembert, chèvre (can’t remember which), Reblochon, Pont L’Eveque, and more.

We agreed on the dessert. Again this was something different, generally not seen at home. It was Rice with a Pineapple and Rum Sorbet.

Our morning excursion on one of the well equipped boats of the UBA (Union des Batteliers Arcachonnais) was billed as a Tour de l’Ile aux oiseaux. While we didn't get that close to the island, there were highlights, such as the two well known and well photographed huts on stilts lying off the island and some of towns, including Canon and L’Herbe, and even a brief stop at Cap Ferret. There was also, for much of time, a view of the huge Dune du Pyla that dominates the landscape almost like Mont Ventoux (on a different scale of course) does in Provence.

While the island is known for the many birds that breed there, it is also, ironically, popular with hunters who lie in wait for their prey in hides. It is also an oyster farming centre and there were many beds to be seen, or at least their markers.

Overall, it was an excellent and enjoyable tour. There were about twenty people on board and the skipper gave a running commentary, all in French (I caught very very little) and it cost sixteen euro per adult and lasted just over an hour and a half.

If we didn't know that much about oysters when we arrived, we were certainly well educated at the excellent museum in Gujan-Mestras. We certainly got a great welcome and some very good pointers and an English language screening of the informative video was arranged for us.

This small town has some seven oysters ports and produces over half the oysters farmed in the Bassin. The museum is in Larros harbour and well worth seeking out as it takes you through the breeding from start to finish and you also get an understanding of the hard work that the fishermen and their families put into the process. The illustrations here are simple yet quite comprehensive, just enough information and well delivered.

After, that we took a walk among the cabanas, some of which were opening and selling the oysters, We were tempted but with dinner booked, we rebuffed the temptation! Another day, for sure!