Taste of the Week. Jack McCarthy's Ham and Outregious Lettuce 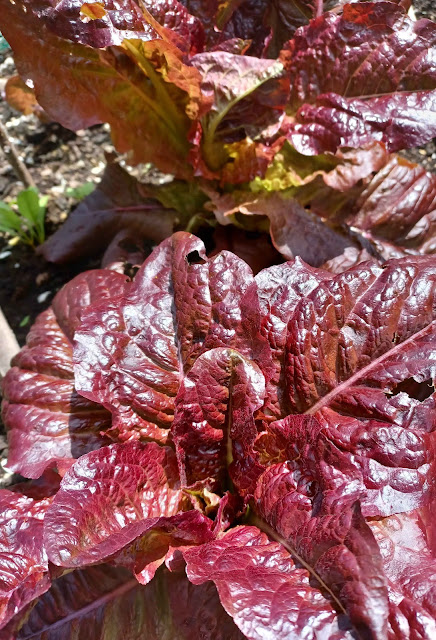 We doubled up for this Taste of the Week. Well more than just two elements, but Jack McCarthy's cooked ham via On the Pig's Back in Neighbourfood and the well named Outregious Lettuce from Brown Envelope Seeds (via the Roof Top Farm Shop) were the stars on the plate.

Jack's ham is free range. The Kanturk butcher then delivers to On the Pig's Back in Douglas and there it is "cooked in our kitchen with onions, peppers, cloves and bay and finished off with a honey and whole-grain Dijon mustard". It is a lovely ham and can be enjoyed on its own.

But we made up a salad with various leaves from the garden, tomatoes and hard-boiled eggs. One of the lettuces was the Outregious, described by Brown Envelope as "an upright salad variety which forms a loose head. An outrage of red in the salad bed". And very nice on the plate and palate as well. It certainly grew well for us.

Lots of variety in our Taste of the Week!