A Quart of Ale± #110 On the craft journey with Lineman, Brú and Dot Brew

On the craft journey with Lineman, Brú and Dot

A hazy bright light gold is the colour of this West Coast IPA. It has a lingering soft white head. More importantly, it has been “packed with a large hop load”.

And that load makes its mark first on the pungent aromas. Well balanced though on the dank palate. No shortage of flavour with pine and grapefruit prominent and bitterness galore, the hop load delivering all the way to the impressive finish. Impressive finish, impressive beer.

Not surprisingly, they’ve picked a trio of US hops for this one: Columbus (also known as CTZ), Centennial and Idaho7.

So what is a West Coast IPA? It started off as an IPA made on the west coast of the US. Nowadays, the style may be made anywhere in the states, anywhere in the world. The most important elements, according to the current Beer Bible, “are enhanced bitterness and a pronounced citrus or pine flavour”. On that basis, Lineman’s gets the green light here. I’m good to go again!

It is widely acknowledge that we owe much to Belgian brewers, not least for Amber and Blond Ale inspiration. As you can see , Lineman used a a Belgian yeast strain in their Stopover.

And they also used Golding and Saaz hops. And in what other beer do you find those two? Well in the Duval, which gets the nod “as the world’s most beautiful beer” in the Beer Bible. Author Jeff Alworth tells us the Duval Yeast is legend… and the secret to Duvel is its balance. Would be nice to compare the Belgian and this Lineman side by side!

Lineman, an independent Irish microbrewery based in Rathcoole, Co. Dublin, consistently produce quite excellent beers and this Blond Ale is one of the most recent.

It has a gorgeous gold colour and soft white head, regularly reinforced by upward streams of bubbles. No shortage of hops here and they’ve been generous with the Golding, Saaz and Hallertau. But they’ve also used a Belgian yeast strain that also contributes to the fruit as well as adding some spice flavours. And the malts also play a role here in a crisp and refreshing beer that is a bit different to the norm.

Available in cans and draught. 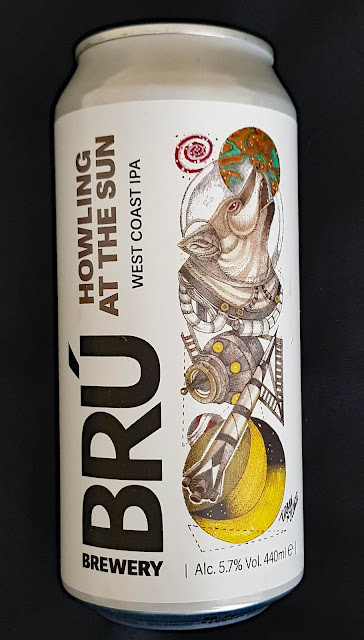 It’s a very hazy mid-orange, the haze hinting at east coast rather than west. Head is foamy, soft and white. The power of the hops jumps up from the glass. And your first sip confirms bracing bitterness, a bitterness that outguns the flavours right to the end.

No doubt, hop aficionados will go for this one. Can’t take a shine to it though; I prefer a bit more balance and its lack leaves me howling at the moon😉.

Dot Brew’s General Population, a New England IPA apparently, has a light orange colour with a pillowy white head that’s slow to sink. The hops, two from Australia and one from the US, head up the aromatics. First thing I noticed on the palate was the softness, probably down to the oats. And there’s quite a bit of fruit, mostly tropical such as Passion Fruit and Pineapple and some from nearer home like Peach and Grapefruit. A hint of sticky stuff from the pines too that those of you who have ever sawed evergreen trees into firewood, when times were tougher, may remember. Good balance though and easy-drinking.