A Quart of Ale± #104. On the craft journey with Wicklow Wolf, Boundary, Otterbank and O Brother 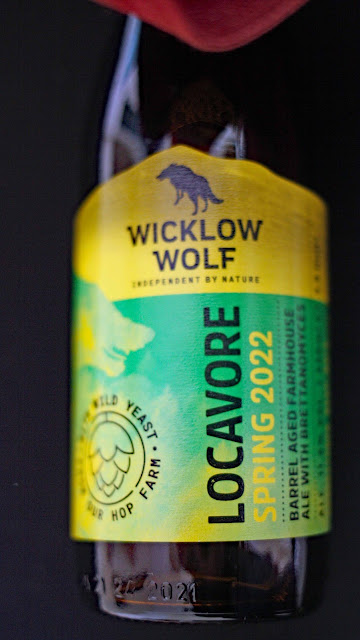 On the craft journey with Wicklow Wolf, Boundary, Otterbank and O Brother

Locavore Spring 2022 is a Barrel Aged Farmhouse Ale aged for 36 months in Chianti Red Wine Barrels. “Conditioned with wild yeasts from the brewery’s hop farm and carefully monitored by the watchful eyes of our brewing team, the beer was allowed to slowly mature over time to give a magnificent depth of complex flavours.”

The result? A wild, sour farmhouse ale that champions the wild yeasts of the Wicklow Wolf Hop Farm and the Wicklow terroir.

Colour is a black/brown with a light tan head. And yes, there is indeed a “magnificent depth of complex flavours”. And very little physical sign of the high ABV.

Three years in the Chianti Barrels, plus the wild yeast, has undoubtedly worked on the beer, giving it waves of flavour, everything from fruit flavours (sour cherry) to Balsamic  to darker (espresso), rich for sure but no shortage of a balancing tart acidity.

Brett (or Brettanomyces, to give it its full title) has a bad rep and scares the life out of many but this Wicklow Brett seems very amicable indeed, from initial sniff to aftertaste. Three years in the wood have rounded the beer into an amazing experience on the palate. Very Highly Recommended. Don’t worry too much about the details here - just sip and enjoy.

The Locavore project consists of small batch, local, experimental beers that champion terroir. Locavore was founded on provenance and pride. “It allows us to honour the landscape of Wicklow, our home, and celebrate it with small batch, local and experimental beers.” This is the 9th in the series. I’ve missed many of the earlier ones but am determined not to miss any more! 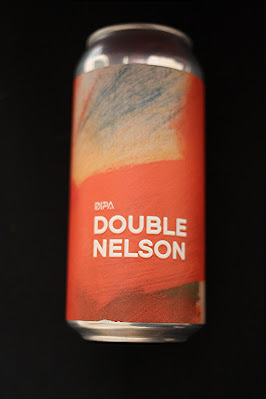 Just one hop.. but a serious hop-bomb..

That’s how Belfast’s Boundary introduced this Double Nelson DIPA last March.  Colour is a very hazy orange with a soft white head. “Juicy,” they say. “ You'll catch a hint of gooseberry, passionfruit maybe.”  The fruits mentioned are typical when Nelson Sauvin is used. Nelson’s named for the grape Sauvignon blanc and that too, especially when it is grown in Marlborough (NZ), can have the same fruit flavours.

This DIPA has been dry-hopped with the Nelson (22 g/l) and it is juicy and full of flavour and finishes with quite a bitter touch. Not too sure about the gooseberry here as flavours seem more exotic. Perhaps they have different gooseberries on the South Island!

Yet, it is a serious hop-bomb indeed and Boundary are happy: “You may have enjoyed our Full Nelson before. It's like that. But bigger.

We don't do that many single-hop beers, but this one works so nicely.”

They are also happy that they have opened Northern Ireland’s first Taproom right next door. “The Taproom will be a space for all things Boundary. Here you will be able to enjoy the freshest (and cheapest!) Boundary in the Universe…. As a Cooperative, the Taproom will also become a real community hub. We now have over 1800 members! In the new taproom we'll be able to run book clubs, running clubs, board game clubs, helping with finance classes etc.”

You may not have come across this hops before but it is in common enough use in the craft beer world (more so recently) for American Pale Ale, India Pale Ale, and Pale Ale.  Hoplist: “The variety has gained popularity in American-style Pale Ales but is definitely a hop that requires prudent and discerning application in brewing. Nelson Sauvin’s oil profile is complex and fortunately works well as an aroma hop, flavor hop and also for bittering.”

Full nelson is a wrestling term for a type of hold; you also have a quarter nelson, a half nelson and three-quarter nelson. Not too though that there is a double nelson. But Boundary’s could well get a hold on you. 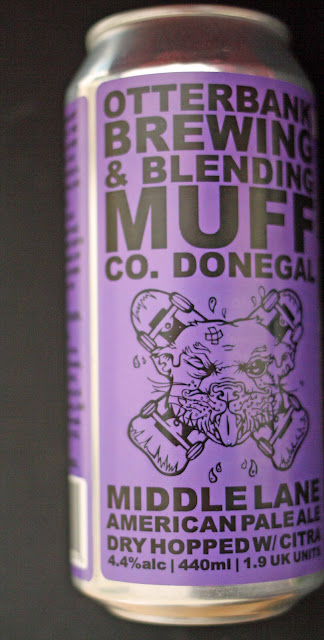 This American Pale Ale from Donegal based Otterbank has a light hazy orange/gold colour and a soft white head. Aromas, not surprisingly considering it has been dry-hopped (“generously”) with Citra, are citrusy with notes of pine. Pretty damn good on the palate, refreshingly forward-hopped but not at all over the top as they get the balance spot-on.

Otterbank is a microbrewery based at the start/end of the Wild Atlantic Way (the brewery at the other start/end is Blacks of Kinsale) in the border village of Muff. They focus on barrel ageing, mixed and experimental fermentation (as well as the odd IPA). And the odd Pale Ale too, it seems. 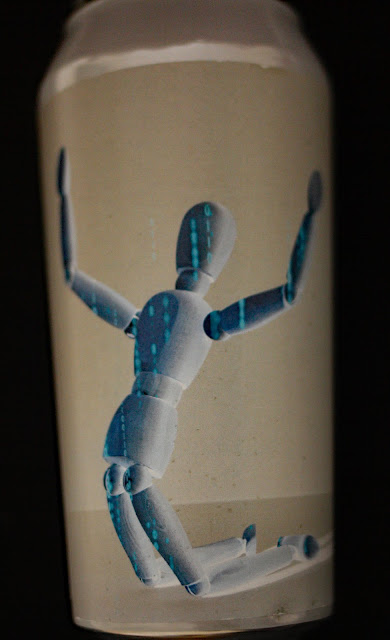 Colour of this Wicklow produced Single Pale Ale is a light orange with a big soft white head that hangs around awhile. Did the old finger test in the head and came up with pine. Also found in the aromas and in the mouth where some grapefruit, passionfruit and apricot also comes through. Noticeably dry with a muscular lingering bitterness. Not bad at all but a bit one dimensional and lacks balance methinks.

The Wicklow based O Brother are a trio of O’Neill siblings (Barry, Brian and Paddy) and they are quick to point to the contribution of their brewer Rich Barrett. On Insta, they say: “Rich is the man responsible for producing all that beautiful fresh liquid we're so proud of, and aside from being incredibly talented and a key ingredient in our success, Rich has been with us pretty much since the beginning of our journey, and is every bit one of the bros at this stage!”

Their core beers are The Sinner (American style IPA), The Dreamcatcher (session NEIPA), The Chancer (Pale Ale), The Nightcrawler (Milk Stout). Their beers are Unfiltered. Unpasteurised.