Umami Unanimously At The Glass Curtain: Making New Delicious Memories And Recalling Some Old Ones.

Umami Unanimously At The Glass Curtain.

Making New Delicious Memories And Recalling Some Old Ones. 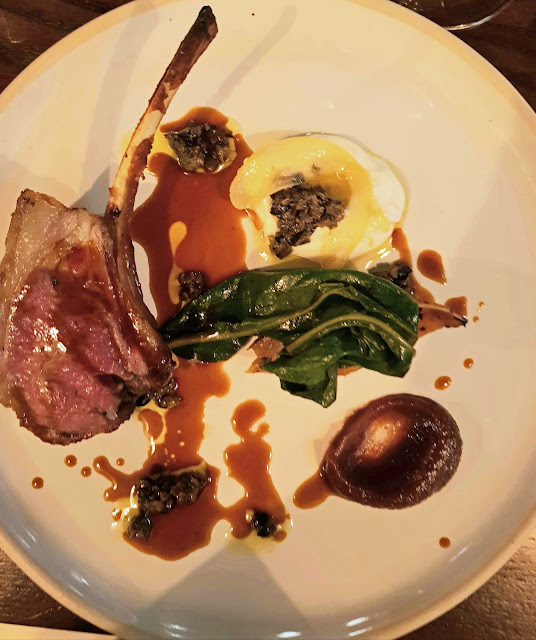 It was not just the taste buds that were triggered during last week’s fantastic Tasting Menu in The Glass Curtain in MacCurtain Street’s Thompson House. The old memory bank also had a few re-awakenings and it wasn’t just of the Thompson bread vans roaming the streets and roads of Cork. Beef Heart, Cabbage Stumps and a Frogs Attack all came vividly racing back.

The Tasting Menu here is usually detailed as of five courses but, within that, there are some courses with more than one part. That applies to the opening one where no less than three treats appear simultaneously: "Jambon" - Templegall & Lardo, pickled fennel. Beef heart toast; Langoustine tartar, spiced cauliflower velouté.

Really enjoyed that little nibble of Beef Heart. I’m pretty sure I’d have heard it called Cows Heart and remember it as a treat, beefy for sure and tender and apparently good for you. But it and lambs heart (another favourite back in the day) seemed to have gone out of favour in Ireland just like most offal.

In any case this trio was an outstanding way to get the meal off on the right foot. Our next dish was the Focaccia, salsa verde, n’duja butter. Quite a chunk of their own delicious bread and that butter, not at all overly spicy, fitted in very nicely indeed. Quite a pleasant match.

Since the friendly and efficient staff had kindly left the long menu on the table, we knew that BBQ pointed cabbage, Pork belly, Whey caramel, Black garlic, was next on the agenda. What we didn’t know was that the cabbage would be as much a star as the Pork Belly on this intriguing and superb plate. Don’t get me wrong, that pork was high quality, full of flavour but so too was the cabbage and both were lifted higher by the black garlic.

The tasty cabbage had a little bit of the stump on it and for old times sake, I tried that and of course, even if it wasn’t quite as tender, it matched the rest for flavour. Back in the day, before I was a teenager, I’d stand with my mother as she prepared dinner. Cabbage was often on the menu and regularly she pared down the stump, about where it joined the head, and handed it out as a treat. And it was a treat! Now a memory. 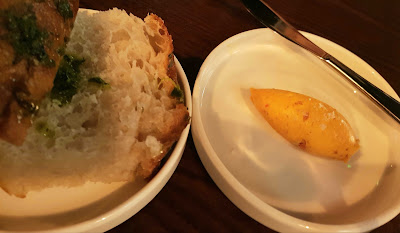 Now it was time for fish at The Glass Curtain. Soon, we had a splendid bowl of Monkfish, saffron and mussel sauce and lobster curry foam in front of us. Lots of foam and hard to make out the shapes, though we could spot those plump little mussels. The monkfish itself was white and seductive beneath the teasing cover of the foam and soon I was enjoying that pearly white fish. All together, it was umami unanimously.

The main event was next. Rack of Lamb (from Murphy’s Butchers in Midleton) was accompanied by confit carrot, labneh, black olive tapenade and date purée. Possibilities of delicious duets on this plate and all good though I think the match with the sweet date was the prime pairing. The lamb of course,  flesh and fat, was perfect! 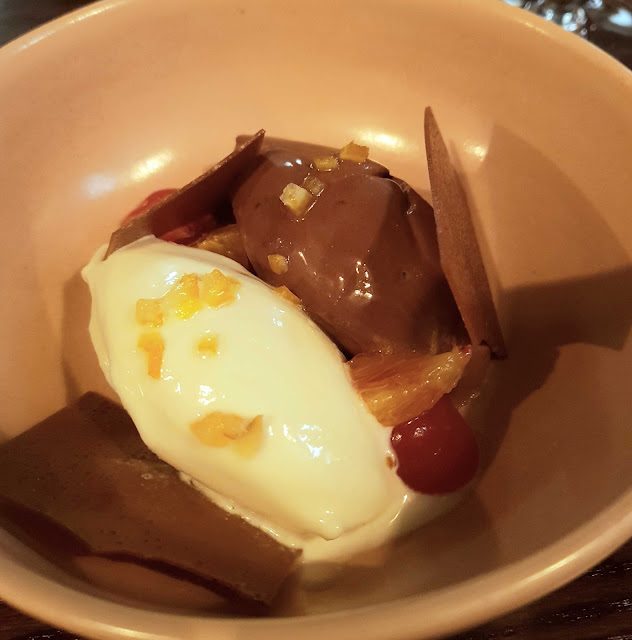 Something sweet? Of course, knowing there were two to come! Dessert was Chocolate and coffee cremeux, crème fraiche ice-cream, and blood orange. A well judged balance of light and heavy and just so at the end of this lovely multi-course meal. There was a little more to come, a generous petit fours called Hazelnut Ice-cream Sandwich, a fitting finalé.

We had been studying the impressive wine list, even before we came in and, after a bit of humming and hawing, decided to go with a bottle of a favourite wine: the Classique Morgan by Beaujolais organic pioneer Jean Foillard, a beautiful expression of the Gamay and also quite versatile at the table. 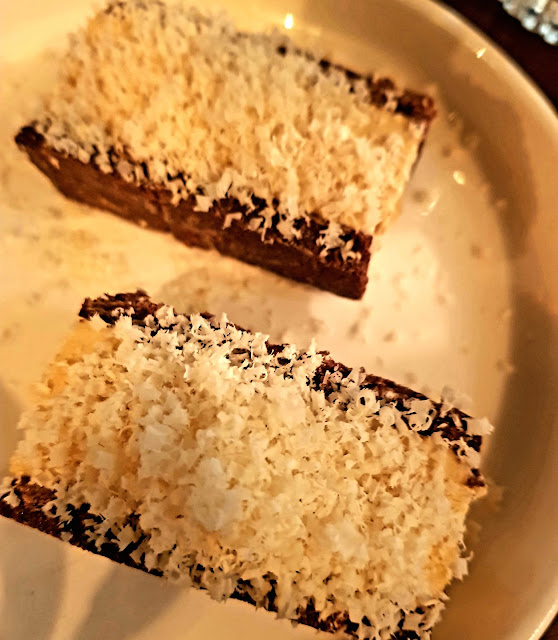 And that Morgan too brought back happy memories, though much more recent. In 2018, The Frogs Attack, being two pioneering natural winemakers (Jean Foillard and Thierry Puzelat), a guerrilla chef (Antony Cointre) and a comedian (Sebastien Barrier), cornered their willing victims in a packed Latitude 51.

They came. They saw. They conquered. Cork’s leading wine bar was the ideal venue for the French influenced evening. Beverley and her staff caught the informal spirit of the occasion perfectly and we wined and dined, and laughed a lot too.