Generous Plates At The Vienna Woods Hotel. And A Memory Of Time And Chicken Shared

And A Memory Of Time, And Chicken, Shared. 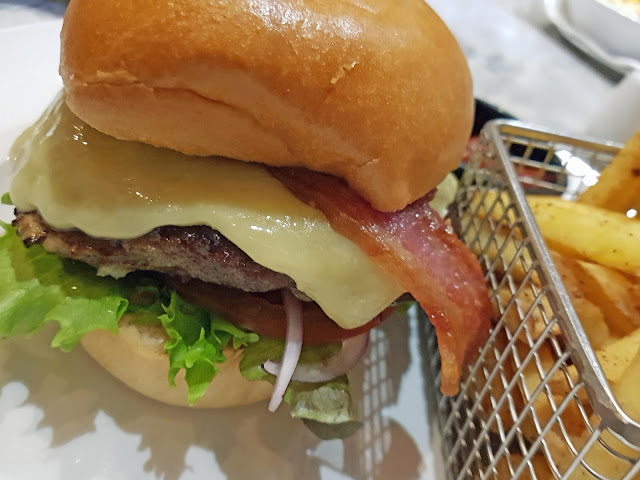 Memories came back the other night when we visited the nearby Vienna Woods Hotel for dinner. The building, surrounded by woods and perched on a height overlooking the Glashaboy River, has stood there since 1756.

My memory or at least the basis for it doesn’t go back quite that far. One school break (Easter or summer I do not recall) in the early sixties, I worked here for a week or two, helping new owner Joan Shubuek. I mostly did the washing up, and a few other odd jobs around the place. 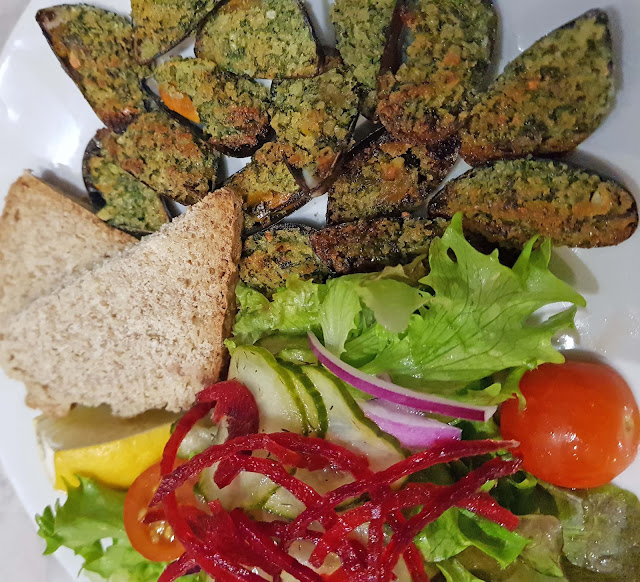 In late afternoons, she would call me, occasionally, to the kitchen and we would share a cooked chicken and have a chat about what I cannot remember, probably about my family and schooling. That over, she’d wrap up the remains of the chicken and I’d cycle up the hill and home. Shubuek it was who gave that already old building its new name and a new purpose. Perhaps, for old times sake, I should have had the chicken the other night!

There is a quite a menu here in Mabel Crawford’s Bistro, a series of connected rooms (of different sizes). The Bistro is an unusual space and reportedly long hidden until discovered just over a decade ago. “Moving an old fridge in 2009 revealed a 150 year-old kitchen, and pantry of the old house, which was transformed into a 90-seat bistro.” The Crawfords lived here from 1875 to 1946. 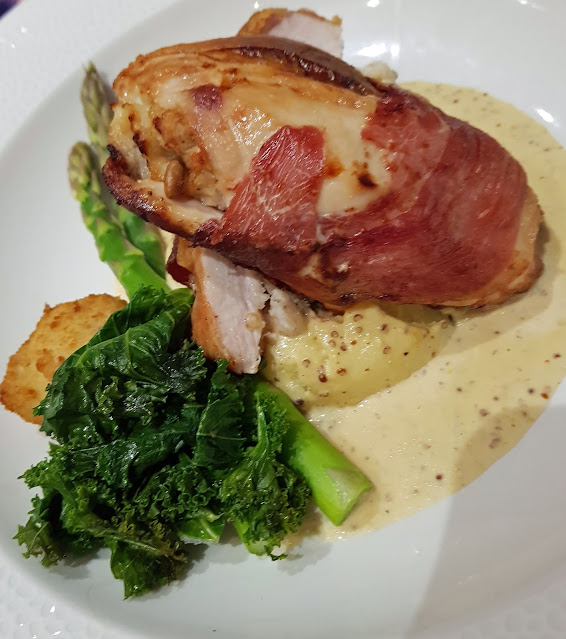 The current menu covers lunch and dinner options, everything from soups and sandwiches to slow-cooked Featherblade of Beef and Torched Fillet of Atlantic Cod. It was the Dexter beef in the 8 ounce Burger that caught my eye and it was served with Organic tossed leaves, crispy bacon, and cheddar cheese, all in a Brioche bun plus a side of Hand Cut fries. And that beef certainly had that extra bit of flavour but everything else was also excellent, including those chips!

Our other pick was the Seared Supreme of Chicken (with caramelised apple and wild mushroom duxelle, toasted pine nuts, tender stem broccoli, Parma ham, fresh thyme, and wholegrain mustard). As we ate through this, we found the broccoli has been replaced by kale and there was no visible sign of the toasted pine nuts. 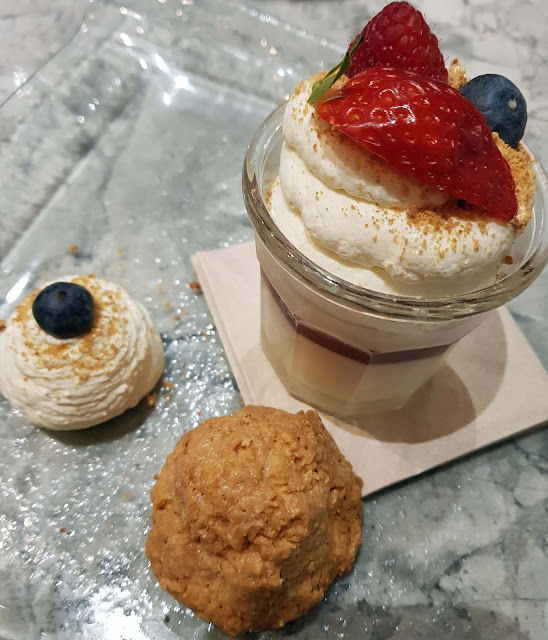 In any case, it was quite a plateful and besides, to her surprise, a generous bowl of vegetables and potato gratin arrived as well. She enjoyed the ample chicken but barely picked at the side! Other main courses included steak, fish pie, Fish ’n Chips, a curry, and a duo of salmon and Monkfish.

Starters were also on the generous side. Don’t often see a Fricassee of Wild Irish Forest Mushroom on the menu so I went for that (cooked with white wine, parmesan cheese, seasoned greens, double cream, and basil oil and served with toasted Olive bread). Our other starter was the Grilled Garlic Breaded Mussels (with fresh herb crumb, lemon, rocket, pickled cucumber, bread and a side salad). Both were enjoyed.

It seems that most dishes here are on the generous side. The Vienna Woods are not alone in that regard, far from it. Sometimes I wonder if it is an Irish thing. Maybe not. By coincidence, I am at present reading Taste by Stanley Tucci. He is talking about a favourite NY restaurant: "The Carnegie Deli took it to the extreme. Their motto was, ‘if you’ve finished your meal, we’ve done something wrong.'” From Taste by Stanley Tucci.

We’ve had a few rhubarb desserts recently so we continued that trend by trying their Irish Rhubarb & Rosewater Panna Cotta with vanilla pod, homemade cookie (coconut), honey and rosewater, and cream of course! Quite a pleasant dessert and easy-eating following the generous dishes before. Again, as was the case in other restaurants (The Glass Curtain and The Tannery), there was little enough sign of the rhubarb. The best of these desserts came at O'Mahony's Watergrasshill; no shortage of the new season rhubarb there and it was served simply with ice cream, a bit like Alice’s Peach!

It was a busy early evening here in Glanmire as quite a few confirmation parties were in full swing and they kept a team of servers going non-stop. Our server, also involved in the servings in the various rooms, kept a good eye on us and even had time for the odd quick chat and a laugh and that added to our enjoyment of the occasion.

This spectacularly sited hotel is very well decorated and comfortably furnished and a pleasure to visit. So why not call in for a drink or a bite next time you’re in the area. I can assure you it is now much changed from the 1756 structure, built in the Regency style by Davis Ducart as a summer leisure lodge for Lord Barrymore!