A Right Royal Bottle of Teroldego. Tasting the Dolomites with L’Atitude 51

A Right Royal Bottle of Teroldego.

Tasting the Dolomites with L’Atitude 51. 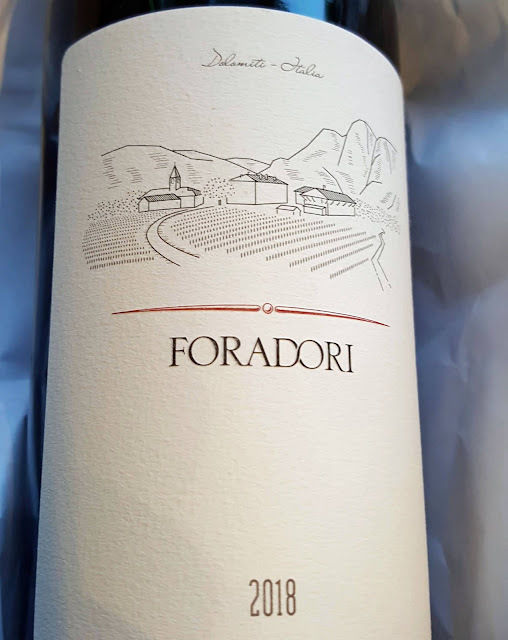 “It has beautiful colour and rich fruit, but sometimes the tannins can be a little drying. You need to hold on to it for a while or pair it with gamey foods, but the flavour is unique. And you won’t find it anywhere else in the world.” That was Elisabetta Foradori speaking to Vino Italio back in 2002 when she was already  “considered as the leading producer of Teroldego”.

And it was Foradori’s Teroldego that was the centrepiece of last weekend’s Latitude Click & Collect offering. Latitude owner Beverley expands:  “As L’Atitude is all about exploring wine and trying something new, our take-out boxes have wine at its centre, designed to bring you on a journey and discover something different. And we match tastes to the wine based on our travels and experience of food and wine pairing.”

“This week we take you to Trentino/Alto Adige in the Dolomites to sample Foradori Teroldego a delicious red wine made from a local grape variety by the "Queen of Teroldego’, biodynamic winemaker Elisabetta Foradori. Based at altitude in Mezzolombardo in the shadow of the towering Dolomite mountains, Elisabetta has been leading the way in biodynamic winemaking in Trentino for years with her visionary approach, making wines that are respectful of the soil and the local grapes she wants to honour, and using the techniques that are less invasive, and more holistic. We love everything about her wines and this Teroldego is the winery’s flagship wine. It’s fresh and pure with vivid raspberry and cherry and a supple, fresh crunchiness on the finish. Delicious! “ And so it was.

Quite a bit has changed since 2002. Foradori has embraced Guyot instead of pergolas, her "diligent use” of small oak barrels (according to the History of Modern Italian Wine), her adoption of amphoras and her embracing of biodynamic cultivation have all improved her wines. The tannins in her Teroldego are not so drying now and the finish is longer than way back then. 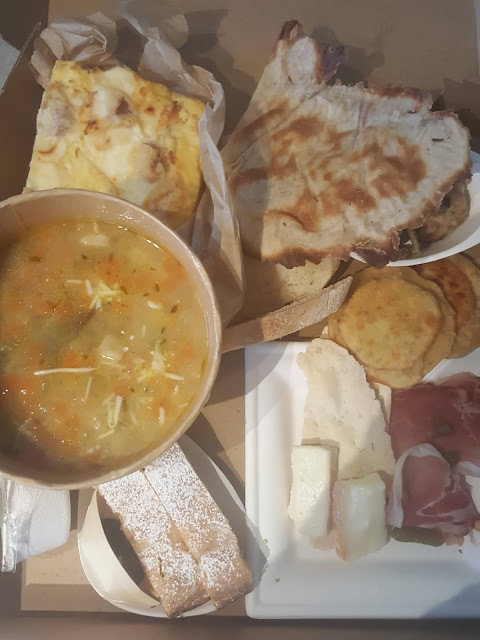 A superb wine choice by L’Attitude. And the food wasn’t bad either! Beverley: “As usual we pair tastes from the region that will bring out the flavours in the wine. So this week’s tastes will take a little of the best that Trentino and South Tyrol has to offer and will include a polenta and sausage based dish known as Smacafam, Canederli (a type of dumpling), local breads, cheese and charcuterie, as well as something sweet. The tastes are designed as an aperitif or sharing platter for people to experience different flavours with each sip of wine. There will be an element of finishing at home, to make the experience more enjoyable and bring your kitchen alive with the smells of the mountains.”

This dark ruby aromatic wine is indeed a gem, light in alcohol but full of flavour, a distinguished part of the Trentino gastronomy, as so well illustrated by the Latitude 51 kitchen, the current Takeout series a part of their defiant response to setbacks over the past two years (including Covid 19 restrictions). The wine itself is pure, precise and elegant and the weekly experience is Very Highly Recommended.

While the wine is the star, the food element is also top notch and you won’t go hungry! We nibbled on Speck (smoked cured ham) and Taleggio cheese for a start. Then moved on to the hearty Zuppa all’Orzo (pearl barley soup), eating and drinking in that bowl. I had been a little wary of the dumplings having been very disappointed with a series of Northern European dumplings a few years back. But these, packed with herbs and Speck, were in a different class altogether. Then on to another highlight, the Smacafam, a sausage and polenta pie, a hearty rustic type of pizza, full of flavour and topped with delicious cheese and that meaty sausage was just superb.

Then time for the finalé, after a decent pause! Apples are abundant in Trentino and L’Atitude included their take on an Apple Strudel, a superb take indeed, enhanced with a dab or two of crème fraîche. They even included a digestif, some prunes soaked (deluged!) in Grappa to bring the curtain down on an excellent insight into the area.

Been up there once myself, on a day trip from Austria, and remember having the best ever Spaghetti Carbonara in a high altitude restaurant in or near the vast Naturpark Drei Zinnen (Three Peaks Park) in the Dolomites and then enjoying a stroll around a nearby lake under some awesome peaks.

This is the poster for L'Atitude's offer for the coming weekend, another very tempting one! 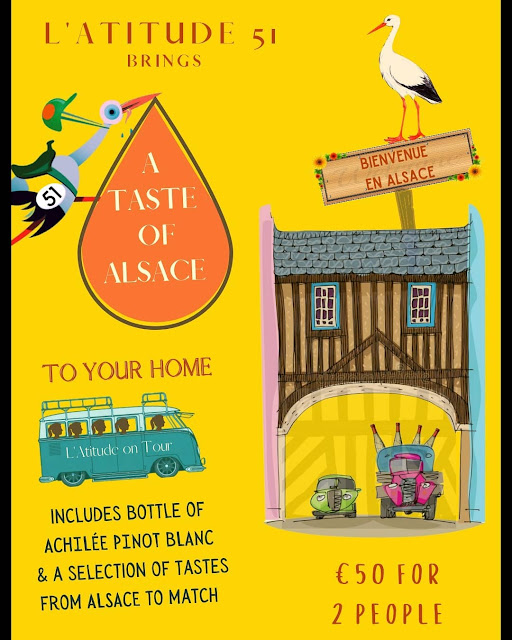