A Quart of Ale± #39. Moving on over to craft with a session of IPA.

Moving on over to craft with a session of IPA. 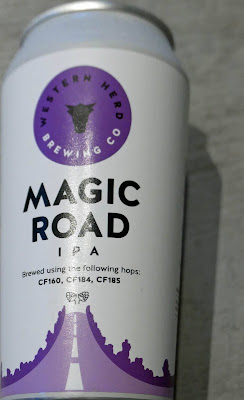 Clare’s Western Herd bill this as a New England style IPA “brewed using experimental hops from the Charles Faram development program, so new to Irish brewing, they don’t even have names yet”.  They are acknowledged though via numbers on the can label.

Colour is a hazy lemon. Quite a bit of citrus (lemon) in the aromas along with a touch of pine. And you again meet the citrus and pine on the palate, nicely balanced here all the way through to the satisfactory finalé of this quite distinctive IPA with its dry and satisfying bite.

The instigators and leads of the Western Herd are the brother and sister team of Michael Eustace and Maeve Sheridan. “Our great, great, great, great, great, grandfather farmed the land where our brewery now stands.  Every time we would visit the farm growing up we would think ‘if only we could bottle this’!!!  We aspire to brew beers that embody the charm and character of this idyllic hilltop farm on the west coast of Ireland.” Bridger Kelleher is the brewer. He’s from Montana where they know their beer.

Label tale: Those privy to the holiday episode of Father Ted will have heard about the “Magic Road” - a place on the mainland where the laws of gravity have no meaning. A physics-defying wonder where cars roll up it. So, it’s a sort of a “mad road’, according to Dougal.

Notes for the Geek: 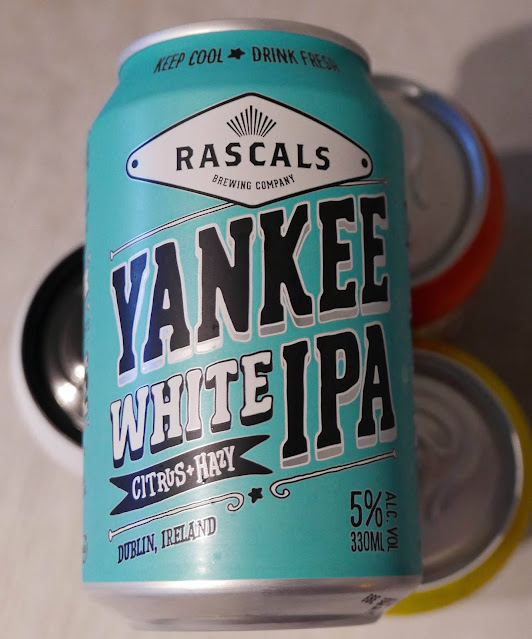 Rascals introduce this “hybrid” as: American IPA meets Belgian Witbier. Yankee is a hybrid of the two styles, hopped like an American IPA with the malt bill of a wheat beer and fermented with Belgian Wit yeast.

Mid-amber, slightly hazy, is the colour; bubbles galore and it comes with a big fluffy head that is inclined to hang about. Aromas, as you might expect from the hops used and the addition of orange peel, are heavily in the citrus spectrum, some pine and herb also in the complex mix. And you get much the same on the palate as the soft hop-loaded beer moves gently across. Soft and light but with a refreshing and crisp finish. While the touted contribution of spice from the Belgian yeast is barely noticeable, Witbier does have some presence here; however, the complex hop flavour is centre-stage and I’m happy enough to place this under an IPA heading.

FOR THE BEER GEEKS! 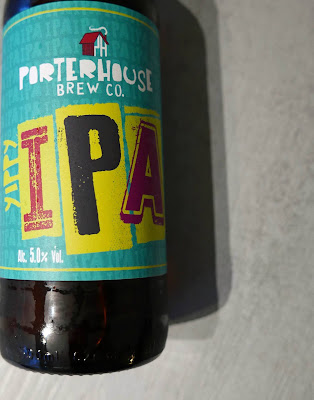 Mid-amber is the colour of this heavy-on-the-hops American style IPA from Dublin’s Porterhouse. Aromas are fresh, pine and citrus. And the hop bill too plays a prominent role in the mouth with citrus and pine to the fore. Quite an impressive presence actually and the nicely judged bitterness is another plus from this refreshing drink.

Quite a few of the newer craft breweries are keen to tout their environmental credentials and Porterhouse have quite a list to their credit.

Don’t always get along with high ABV beers but Break from the Haze is highly compatible. It is, though, quite hazy in the glass, colour is close to orange and there’s a slight head that hangs around (though briefly). Aromas are fruity (of the exotic kind), along with citrus and gooseberry.

The “stupidly big dose” of New Zealand Bruce (for the dry hop) makes an immediate impact on the palate but the tropical fruit stands out too. Dense, like most high ABV beers, but the balance works well here as heft and harmony combine to the satisfying finale. One to sip and savour as you try and work out the design on the can. Looks a bit like the fingerprint I use to sign in to the Apple!

They say: This big ass double West Coast IPA is brewed with Loral and Idaho 7 hops in the whirlpool and a stupidly big dose of New Zealand Bruce for the dry hop.

So who are They? Third Barrel is a unique concept, a collaboration brewery between Stone Barrel Brewing and Third Circle Brewing who have combined their experience, resources, love for brewing and absolute passion for beer to create one of Ireland’s most cutting edge breweries. They can be found in Bluebell (D12).