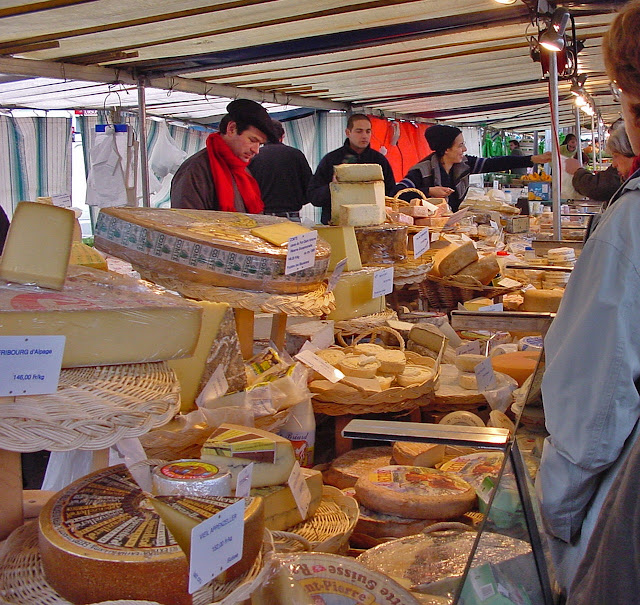 As they stood there, taking their leave of each other, the cheeses seemed to stink even more. They all seemed to stink together, in a foul cacophony: from the oppressiveness of the heavy Dutch cheeses and the gruyères to the sharp alkaline note of the olivet. From the cantal, Cheshire, and goat’s milk came the sound of the bassoon, punctuated by the sudden, share notes of the neufchâtels, the troyes, and the mont-d’ors. Then the smells went wild and became completely jumbled….. The stench rose and spread… a huge sickening mixture.