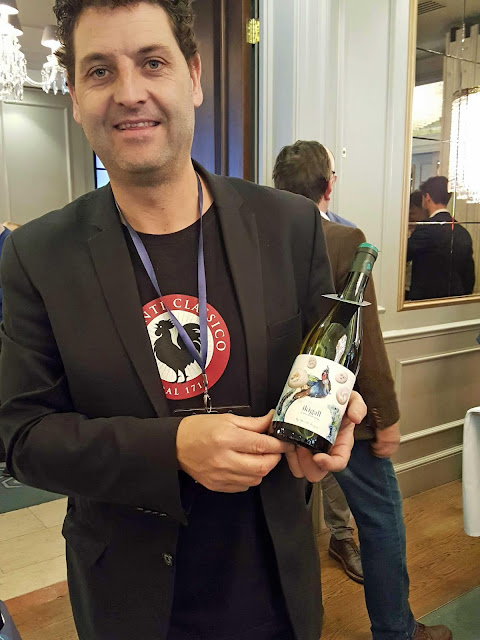 Didn’t quite realise it at the time, but the David I was chatting with at the amazing Liberty Wines Portfolio tasting in the Westbury Hotel (Dublin) last week was none other than David Seijas Vila (above), the former head-sommelier at the world famous restaurant El Bulli. David worked at Catalonia’s famous three-Michelin starred restaurant for 11 years until it closed in 2011.

He was in Dublin to promote his latest venture, the Gallina de Piel wines. This is in conjunction with Ferran Centelles (another El Bulli alumnus). The highly acclaimed Spanish duo’s aim is to create versatile wines from Spain’s gastronomic northern regions: Catalonia, Aragon and Galicia. They work with local growers, selecting the best vineyards and indigenous grape varieties.

The vineyards are located in the Penedès denomination at an altitude of between 750 and 1,000 metres above sea level on deep clay soil with pebbles on the surface. The vines are aged between 35 to 80 years old and trained on the double Guyot system.

The vineyards are located in the Penedès denomination at an altitude of between 750 and 1,000 metres above sea level on deep clay soil with pebbles on the surface. The vines are aged between 35 to 80 years old and trained on the double Guyot system.

The first thing that caught my attention when I got these two bottles a few months back were the labels and their amazing designs. Then again, I shouldn’t have been too surprised because some of the best label designs I’ve seen in recent years have come from Catalonia. 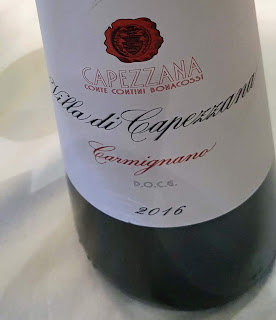 The Gallina de Piel white is `Ikigall` Penedès (DO) 2018, produced mostly from Xarel-lo, a light-skinned grape from Catalonia, perhaps best known for its role in sparkling Cava. The other grapes included here are Malvasia (10%) and Muscat of Alexandria (5%). Mid straw is the colour. Fragrant for sure, floral and citrus (lime). Immediately you note that tingly feel at the tip of your tongue, a feeling that soon spreads, right through to crisp finish. Citrus flavours are subtly influential in this fresh and rather elegant and very lovely wine.

Their red is the Mimetic Calatayud (DO) 2018. It’s a bright juicy Garnacha (98%) with an engaging freshness. Colour is a mid to a dark ruby. Dark fruits with a touch of herb (marjoram), feature in the aromas. First thing I noticed on the palate is the balance, no extremes in this graph, and that perfect harmony continues between the delicious fruit flavour and acidity. A touch of spice adds interest through to the lengthy finish. Elegant and fresh and well worth looking out for.

Another Spanish wine worth noting, for me at least, is the Xtrème Ecologico organic Rioja Crianza 2015. It is 100 per cent Tempranillo and has spent 14 months in oak. Very well made, well rounded and one I'll be chasing for sure.

I sipped the Bodega Agerre Txakoli, a Basque wine, for old times sake. Had some nice holidays down in that region and the wine in the Westbury certainly lacked nothing in acidity! Better on hols methinks than here.

Italy, like France, were very well represented here and thought a pair from Cantina di Nizza were pretty good. These were the Le Pole Barbera D’Asti 2018 and the Magister Barbera D’Asti 2017.Not much between them so both make my shortlist.

You have to visit Sicily on these occasions and I enjoyed two well-priced wines here from Vigneti Zabù (with Marco Scarinci), their 2019 Grillo and the 2018 Nero D’Avola.

Chianti of course is another must-stop and my lucky dip  was the Poggiotondo Organic Chianti Superiore. This 2016 also gets the thumbs up.

I always expect good things when Capezzana is on the label and so it proved once again. Delighted with my first wine, the Barco Real di Carmignano. Even better was the Villa di Capezzana Carmignano, not a total surprise considering it’s almost double the price.

With over 300 wines open, I was exercising discipline and operating off a short list (no sparklers to start with and nothing sweet at the end) and so tasted just a fraction of what was available. I must say though that my list worked out well and I didn’t have a dud for the afternoon in the packed room. Just shows that the Liberty buyers know what they are about.

The Domaine Corinne Perchaud Chablis 2018 was the first wine tasted and that set a high standard indeed. Never a doubt but that I was going to try a Beaujolais or two and neither the Frédéric Berne Lantignié “Pierre Bleue” nor the Dominique Morel Fleurie 2018 let me down!

The Via Caritatis wines from an old papal vineyard in France were good as was the story and there’s a separate post here.

Chile had two that I fancied, both from Itata. Surprisingly enough, I preferred the Clos des Fous ‘Pour Ma Gueule’ to the Pedro Parra ‘Vinista’ Pais, not that I disliked the latter, far from it.

There were two other quite excellent wines tasted from the Southern hemisphere. From Argentina, came the Amalaya Calchaqui Valley Malbec while the Tinpot Hut’s Sauvignon Blanc emphasised the continued excellence of Fiona Turner’s Marlborough wines.

No doubt I  missed out on some beauties but overall the feeling at the end of the afternoon was one of satisfaction and my list will be the basis for some even more satisfactory evenings ahead with full bottles instead of tasting samples! Cheers to all at Liberty for a terrific tasting and great that it was so well supported.
Gallina de Piel Liberty Wines Spain Txakoli