Foxford Mills & Cafe. The Nun. The Accountant. The Chef.


Foxford Mills & Cafe.
The Nun. The Accountant. The Chef. 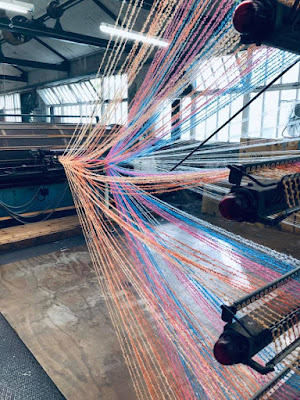 In 1892, a determined nun created Foxford Woollen Mills. And it had its ups and downs, employing a peak of 240 in the ‘50s, until 1987 when the receiver moved in. An accountant with the receiver still saw potential and made a bid and Foxford was revived. Nowadays, with over 70 employed, it is confident and thriving, both as a production unit and as a visitor centre, workers and tourists well fed by a determined chef in the kitchen who has recruited a posse of local producers, a move that would no doubt have had the blessing of the founder.

That founder was the redoubtable Sister Arsenius, originally known as Agnes Morrogh Bernard (family from Cork). At the age of 50, the sister and a few companions arrived in Westport to establish her Sisters of Charity order there. She was struck by the grinding poverty and the depressing hopelessness, the people held down by the landlord system (focus of the Land League campaign of the time). Famine was still a factor, and indeed there was a localised one as late as 1879.

The Sister still saw opportunity in the gloom and concentrated on setting up the wooden mills with water from the fast flowing Moy, labour and sheep all at hand. But she had no experience. She approached a Protestant Freemason who had a mills in Ulster for advice. He wasn’t that keen at first but the nun was not for turning and eventually he helped set up the mills.

A grant from the Congested District Board was also a big factor, local weavers were trained and soon the Foxford Mills were up and running, it’s klaxon at morning, lunch (twice) and evening, setting the agenda for the town and the surrounding farms as our enthusiastic guide Alison told us on our tour of the mills. By the way, a portion of all tickets prices is allocated to various charities.
Alison does most of her talking before you actually enter the production as there is a lot of noise in there! Setting up and operating the machinery takes much of patience and precision - not too sure I’d last too long there! But the results are fantastic, great designs and natural colours.

Did you know that some well-known phrases have come from the various stages of production in mills like these, such as Tenter Hooks and No Strings Attached. Later, during lunch, I found out for the very first time that the Mayo village of Balla is actually pronounced as Bal (like pal), the final “a” being silent.


Back to that lunch with MD Joe Queenan, the accountant who stepped in and, with various supports (including a vital Business Expansion Scheme (BES)), eventually revived Foxford Mills after the 1987 crisis. Today over 70 people are employed here and their products are sold in mid to high-end stores. Some 33% is exported mainly to the US, the UK, Scandinavia. The Asian market is being targeted but Joe expects that their internet sales will be their next big outlet. “Online is becoming more and more important.”

They have deliberately retained the quality in design and product, innovation is also key, and have found their niche in the mid to high-end. They recognised early on that there is no way they could compete with the major manufacturers in Asia.


Joe and indeed the people of Westport know that the founding Sister pursued “a holistic approach, …founding bands, …helping farmers get their products to market, …the kids to get an education.., and more”, a point also emphasised by Alison.

And you sense he is quite proud now of the mills and indeed of the café (which has a come a long way in the last ten years), proud to lead a company that does real work, produces real products and serves real food.

In the bright and airy upstairs café, we meet head chef Kathleen Flavin, an articulate chef with a vision that translates beautifully to the plate as we would soon find out.

She loves that she gets to work every day in the bright place, a luxury not afforded to that many chefs! In this recently renovated and updated room, Kathleen has a great rapport with her customers, answering their queries and helping with recipes - check out the cafe’s Facebook page here.

After a hearty greeting, Kathleen immediately told us that the food is local and seasonal and called out a long list of local suppliers, many of whose photos are to be seen on one of the walls. These include Dozio’s Cheese, the Reel Deel Brewery, Killary Fjord Shellfish, John Clarke’s Smoked Salmon and Clive’s Butcher Shop.

Most of the herbs and leaves come from their own gardens and both Kathleen and Joe are rightly proud of that as well. As many of us are now beginning to realise, the shorter the journey, the better your food.
The focus is very much on healthy but that doesn’t mean you can’t enjoy a delicious dessert here. We did, just after two of the very best salads we’ve ever tasted. 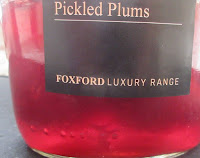 And if you’d like to take something home with you, that’s not a problem as Kathleen and her crew have various jams and preserves (how about pickled plums?) prepared and packed in jars. Oh by the way, she loves baking too. Yes, the Christmas puddings are ready and on the shelves. And there’s a great selection of cook books on offer here as well in the shop, underlining Joe’s words about a seamless connection between the two.

So there you are. A great place to visit. A great place to eat. Great products to buy. And great people too. I think Sister Arsenius would be rather proud of the accountant and chef and the team that are carrying Foxford Mills into the future. 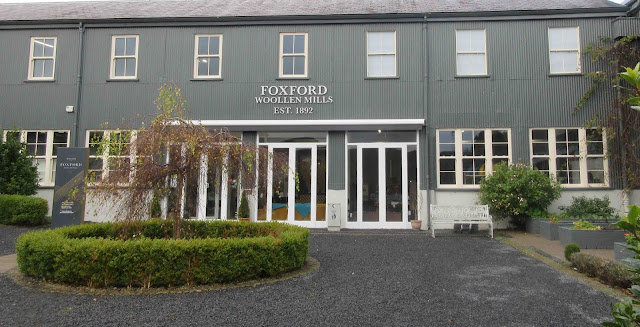