Eight Degrees Brewing Up A Black Christmas With Badger & Dodo 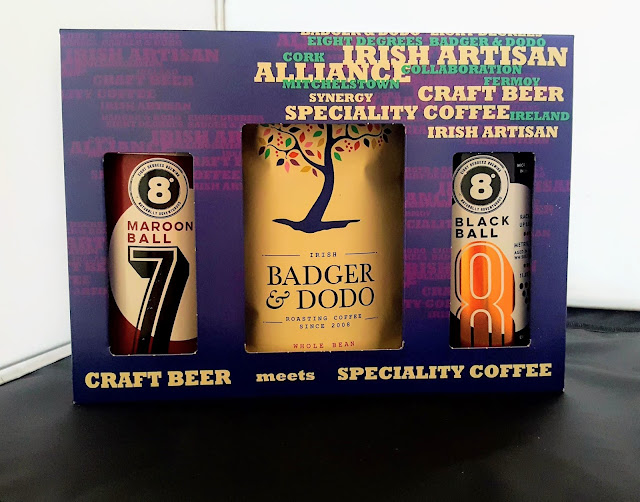 
GIFT PACK
For Christmas 2019, Eight Degrees Brewing have teamed up with local coffee roasters Badger & Dodo to release a limited edition beer and coffee pack. People who love great beer also love great coffee so we’re bringing two of our favourite things together for you in one gorgeous gift box. 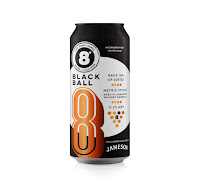 #8 Black Ball Metric Stout aged in Jameson whiskey barrels, is the culmination of our 2019 RACK ‘EM UP Series. This is a big bold stout. There’s a touch of sweet vanilla in there from the oak and lots of cocoa and dark chocolate to combine with smooth, spicy whiskey notes. Pair it with some funky goat cheese, Christmas pudding, or a box of your favourite chocolates. Deep, dark, rich and rewarding, celebrate sinking a Black Ball this winter.
More information: https://www.eightdegrees.ie/black-ball-metric-stout/

Chances are you will have tasted one, or both, of these iconic Irish brands in a café, a pub, or even at home. Badger & Dodo and Eight Degrees have had similar journeys over the past decade, blazing trails in two parallel movements in Ireland: speciality coffee and craft beer. By concentrating on quality and innovation, we have found ways to take small, everyday moments - an everyday cup of coffee, a simple glass of beer - and turn them into something exciting and memorable.

We are all based in North Cork and are familiar with each other's products. So, when the opportunity came for us to collaborate, we jumped at the chance. The first release of this partnership was in early 2019. Beer #2 in Eight Degrees’ RACK 'EM UP series, which celebrates eight years in business, was a collaboration with Badger & Dodo, who had just celebrated 10 years of roasting coffee beans in Ireland. We couldn't resist taking it a step further.
Enough words. It’s time for you to sit back, relax, and enjoy the fruits of our labour.
Brew. Sip. Repeat. 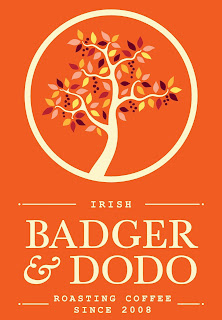 About the beer:
Eight Degrees Brewing celebrated eight years of brewing with a series of exciting and innovative beers for the RACK EM’ UP Series. This pack features two of those beers: #7 Maroon Ball Kveik Double IPA and #8 Black Ball Metric Stout.
RACK ‘EM UP Series: #7 Maroon Ball Kveik Double IPA with WHC Lab
There's nothing bigger or more modern than a double IPA with Kveik and Philip Woodnut from WHC Lab in Wicklow has been developing a new strain of Kveik called Valkyrie from an isolate that comes from Norway’s Ebbegarden region. This tropical fruit-forward ale has lots of tutti frutti flavours, which we've further accentuated by dry hopping with the dynamic Enigma. Kveik it out.
RACK 'EM UP Series: #8 Black Ball Metric Stout aged in Jameson whiskey barrels
The culmination of our RACK 'EM UP Series, this is a big bold stout. There's a touch of sweet vanilla in there from the oak and lots of cocoa and dark chocolate to combine with smooth, spicy whiskey notes. Deep, dark, rich and rewarding, celebrate sinking a Black Ball this winter.
About the coffee: Available in ground or wholebean.
Blackwater Blend: This is Badger & Dodo’s most popular national blend of Arabica coffees from Colombia, Brazil & Guatemala presenting Chocolate, Praline & Orange in the cup.
Jam Jar: Badger & Dodo’s premium sweet blend of Colombia, Brazil & Ethiopia. Dark Chocolate, Cherry & Butterscotch in the cup.
Guatemala Buena Suerte: Caturra, Catuai & Bourbon farm blend Arabica. Washed Process. Notes of Almond, Orange & Chocolate in the cup.
Peru El Palto: Caturra & Typica farm blend Arabicas. Washed Process. Notes of Apple, Honey, Lemon in the cup.
Brazil Yamava: Yellow Catuai single variety Arabica. Naturally processed. Cocoa Nibs, Red Apple & Hazelnut in the cup.
About Badger & Dodo
badgeranddodo.ie
Australian Brock Lewin is the Badger in Badger & Dodo, Broc being Irish for badger. Brock first pulled a shot of coffee in 1993 while at Uni in Sydney but really came to terms with speciality coffee while living in Melbourne from 2005-08. He relocated to Fermoy, Co Cork, with his wife Claire and they established their roastery Badger & Dodo on Claire’s parents’ farm in July 2008. Dodo is the father-in-law!
About Eight Degrees Brewing
eightdegrees.ie
Eight Degrees is an award-winning Irish microbrewery renowned for its innovation and experimentation. It was established in 2010 at the foot of the majestic Galtee mountains by Kiwi Scott and Aussie Cam, who were lured to Ireland by two Irish cailíns. The crew at Eight Degrees Brewing are passionate about producing exciting and adventurous beers using only natural ingredients. Sláinte!
More information: www.eightdegrees.ie
Get social: Twitter: 8degreesbrewing  ¦ Facebook: eightdegreesbrewing  ¦ Instagram: eightdegreesbrewing