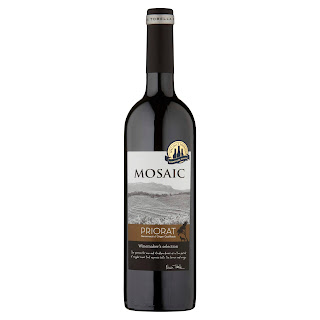 Full bodied red Priorat wines from a small region in Catalonia (north-eastern Spain), have been finding a much wider audience in the past few decades. So I was expecting good things from this Mosaic “Winemakers’ Selection”. And I got them.

Many Priorat wines are based on Garnacha (Grenache across the border). This excellent blend, while having 15% Garnacha, is mainly composed of Syrah (58%) while Carignan (20) and Cabernet Sauvignon (7) complete the mix.

Colour of this very accessible wine is purple. There are complex aromas with red fruits and spice featuring. Intense and full-bodied, moderate spice all the way, fresh and dry, tannins silky smooth with hardly a bite at all in a deliciously lingering finish. High quality here, and now at a terrific price.

A few tips from the winery:
We advise decanting the wine a few minutes before serving.
Suggested wine temperature: 15-17 ºC.Excellent with roasted meats.
Ideal to match with pasta and rice dishes 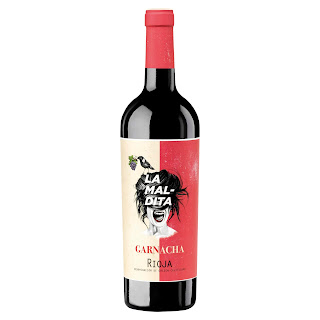 La Maldita refers to the difficulty of growing Garnacha and apparently means “little cursed one”. Don’t think our local translation would be that mild. If indeed, it is that hard to raise. I hadn’t heard it before. Wine-Searcher has a good opinion of it: “It is particularly versatile both in the vineyard and the winery, which may explain why it is one of the most widely distributed grapes in the world”.

As you know, it is a regular part of the blend in Tempranillo dominated Rioja and is grown all over Spain with great success, particularly in Priorat.

In any case, what we have here is a really quaffable young wine. Colour is ruby and the aromas are fresh with balsamic and herbaceous notes. On the palate it is fresh and juicy with a terrific mouthfeel, the smooth tannins almost unnoticeable. Young and fruit driven, it has charm and drinkability. You’ll enjoy a glass of this, even a second one.

Say “hola” to this impressive youth from Ribera Del Duero where they’ll tell you they make better wines from the Tempranillo grape than their Riojan counterparts.

Wine has been produced in this beautiful wine region since Roman times, though it became well known outside of Spain only in the 1990s. Nature can be a tough taskmaster here where temperatures in summer can see big variations between the heat of the day and the cool of the night. And even more so between the summer (up to the mid 40s) and winter (down to minus 20).

Just two hours north of Madrid, there are about 300 vineyards following the banks of the Duero River in the Castilla y León region, a flowing swathe of land that’s approximately 115 kms long and 35 kms wide. A few years back, Larousse Wine described the DO as “truly the queen of the Iberian peninsula and the cradle of the greatest wines”.

This Condado de Oriza is one hundred per cent Tempranillo (also known here as Tinta del Pais) and has been aged in new American oak for six months, a style known as Roble. After the oak, it is kept in bottle in the cellar for another six months.
It has a dark ruby colour. Ripe darker fruits (plum, cherry) in the aromas, plus spice and fresh herb notes. Rich fruit flavours fill the palate, muted spice, hints of the oak, full bodied and the finish is strong and long.

Serve it at 16 to 17 degrees and pair, the vineyard advise, with lamb chops, pies, cured or semi-cured Manchego or Gouda cheese, as well as dates wrapped in bacon. 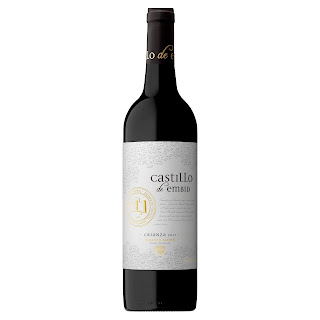 From the family vineyards of Ignacio Marin comes this invigorating blend of Temranillo and Garnacha.  It is a bright ruby and the legs are slow enough to clear. Cherry features in the aromas, with a touch of oak also. Fruity and juicy on the palate, velvety with excellent acidity plus a long-ish finish with smooth tannins. Quite an engaging amalgam of the two grapes. Another good value drink from the Specially Sourced list.

Cariñena is just one of several DO titles used for the wines of Aragon, northern Spain. A wine labeled crianza has spent one year in oak barrels. The producers suggest serving at between 16 and 18 degrees and pairing with red meat roasts, strong cheese.

Liked the colour of this immediately, an inviting medium gold. It is hand-harvested and ideal with shellfish and fish and also recommended for lightly spiced Asian chicken dishes. The medium intense aromas are of white fruit. It has a smooth character on the palate, intense fruit (pear, apple and peach) with refreshing minerality. It is zesty and well balanced and a favourite of mine. 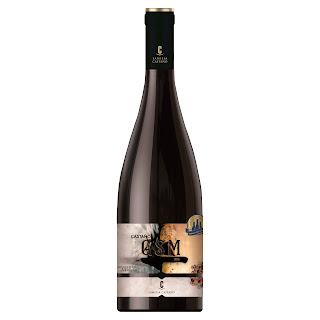 This is another of Supervalu’s Specially Sourced series and a most enjoyable one. Smooth and restrained throughout, the fruit comes from the winery’s family owned vineyards in Yecla in south east Spain.

it is a blend of the Mediterranean varieties, Garnacha (15%), Syrah (25) and Monastrell (60), the GSM you often see in southern France. Monastrell, known as Mourvedre in France, is the most widely grown red grape in the small Yecla DO.

This GSM has a dark ruby colour. Ripe fruits on the nose. Balanced and rounded on the palate with juicy fruit (plum, cherry), a touch of spice, good acidity too, and a lingering finish. This barrel aged blend (4 months), was one of the best of my samples and is well worth a try.

On the Case!
As usual the Supervalu buyers have come up with a very attractive case deal, featuring a velvety Crianza from Rioja. Normal price for this six bottle deal is ninety euro but during the Spanish sale you can get it for €50.00. Not to be sniffed at! Though you probably will have a nose or two at the aromas before enjoying!