A Smooth Vermouth Lesson at Dalcassian Tasting. Much More Too!

February 20, 2019
A Smooth Vermouth Lesson at Dalcassian Tasting.
Much More Too! 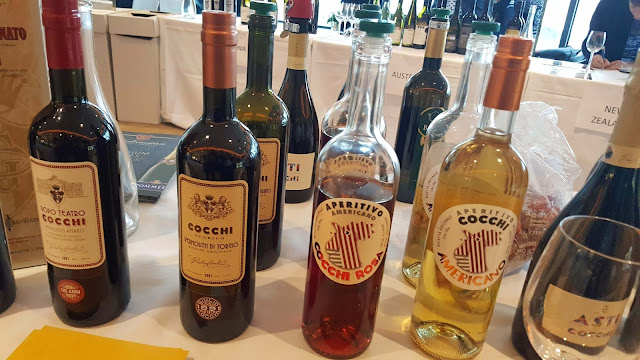 Vermouth? Do you know any? You probably do. Perhaps the best known is Martini, made in a number of styles. And then there’s Cinzano. Vermouth may be used as an aperitif. And widely used in cocktails, most notably perhaps in Negroni (usually a mix of equal parts of gin, Campari and sweet red vermouth). Many are produced in Turin but can come from all over. Quite a few are made in Spain and even the venerable Lustau sherry company produce a few.

I got something of a lesson in this particular drink at the very impressive Dalcassian wine and spirits portfolio tasting in the River Lee Hotel last week where the Cocchi firm displayed their range for tasting. They are based in Asti, about an hour’s drive from Turin, and have been making vermouth since 1891. Vermouth is based on wine and is essentially an aromatised wine to which sugar, herbs, spices and other ingredients like gentian, cinchona, wormwood and bitter orange peels have been added.

Our first taste was their Americano which has an abv of 16 degrees. The name “Americano” is both due to the alcohol made bitter (“amaricato”) by the addition of herbs and spices and to the American habit of drinking vermouth with ice and soda. I’ve read too it was rebranded for the American ex-pats - Ernest Hemingway was a noted fan of the drink - who came to love it during Prohibition.

Cocchi have been making this since their foundation, to the same recipe. Drink it with ice, soda and zest of orange, we were told, the we being myself and Beverley from L’Atitude. It is also very successful in cocktails (including a white Negroni) and in combination with spirits such as gin, vodka and Mezcal. They also produce a Rosa that, you’ve guessed it, contains rose petals.

On to the reds now and the introduction was via their Storico, “a little bit more bitter… used as a digestif”. Great for Negroni. Then we had the Vermouth Amaro Cocchi which has been always been made according to the original recipe by Giulio Cocchi where Artemisia is a key ingredient and it is further enriched with rhubarb, quassia wood, chiretta and a double infusion of cinchona.

The final one, Barolo Chinato, a special wine produced with Barolo DOCG. It is aromatised with cinchona, calisaya bark, rhubarb and gentian root and the precious cardamom seed. Characterised by balance and harmony in the aromas with an immediate pleasant taste and a pleasant aromatic persistence. This is really something else and my favourite. Of course, the Barolo base is a big help! So there you are, over to the cocktail moves and shakers!

There were quite a few spirits at the River Lee. Most of you know about the excellent gins coming from Drumshanbo, especially their Gunpowder Irish Gin. They also do a vodka intriguingly entitled Sausage Tree Pure Irish Vodka! But did you know they now produce whiskey. Des Ring, who looks after Munster Sales for Dalcassian, introduced me to the whisky, a very promising one, not yet on the market but do look out for it. Watch out too for Drumshanbo Gunpowder Irish Gin’s unique new glassware which should now be in limited stock in your local independents and O'Briens Wine.

Dalcassian had wines on display from all over the world, from France of course, and from lots of European countries including Spain, Austria, Portugal and Italy. And from further afield we had Sileni from New Zealand and Bodegas Bianchi from Argentina. There were a few representing Australia and also Chile (including Luis Felipe Edwards) with the Taub family doing the honours for the USA.

Enjoyed some excellent whites at the Jaffelin stand (never got back for the reds) from the Petit Chablis to the Viré-Clessé right up to the Meursault 2017, I was well impressed. But if you really want an excellent white at  very good price then do try and get your hands on the Carlos Reynolds Branco from Portugal (still great value there but for how much longer?). I presume their top of the range reds bearing the Gloria Reynolds name are also excellent but again, with a Panel Discussion about to get underway, I missed out on quite a few reds. It was a major portfolio show and there were some 30 pages of wines plus about 20 of spirits! 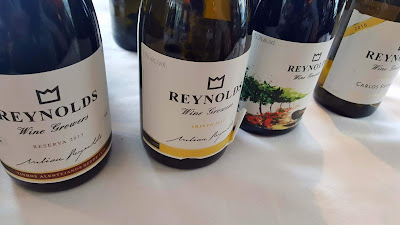 I rarely miss out a chance to sample Bordeaux though and Alexandre Truffaut took us through the Géricot wines. We began with two very drinkable whites from Entre Deux Mers, one the 2016 Pierre Lurton and the other the 2017 Chateau Des Trois Tours.

Lurton is a well known name in  Bordeaux and his 2016 Rouge gave us a good start on the reds. The old vine Les Dames de Haut Vigneau was even better. Listrac is one of the smaller appellations in the Médoc and one I enjoyed visiting a few short years ago. The excellent Le Grande Demoiselle d’Hosten from 2010 is very high quality indeed. No doubt about the best drop Alexandre poured and that was the Les Fiefs de Lagrange (2016), a still young St Julian but packed full of promise. 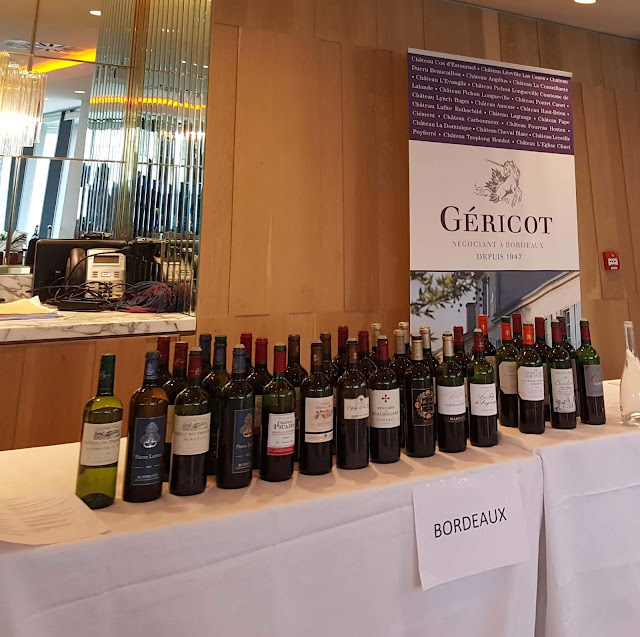 The Tenuta Ulisse had quite a strong line-up of both whites and reds and noted were the Sogno di Ulisse Montepulciano D’Abruzzo IGT along with the Tenuta Ulisse Pecorino Terrie di Chieti IGT.

By then though the Panel Discussion was getting underway and I headed there. It was on the future of the restaurant wine list and you may read all (well, a bit) about it here.