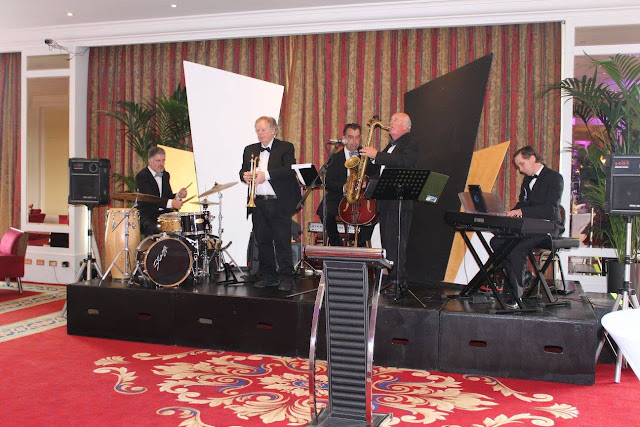 “McCurtain Street is back on the map. Is Grand Dame, the Metropole Hotel, never went away and, in appropriate style, she celebrated her 120 anniversary at the weekend. The hotel and especially the ballroom, where so many couples met and married over the decades, was looking splendid as the many guests arrived.

And there were many of the couples who got married here along with former staff members among the invited guests. Newly elected Lord Mayor Tony Fitzgerald recalled a wedding occasion in his speech. He was a page boy at his aunt’s reception in the Met in the early sixties but admitted to spending most of the day checking out the lift! Indeed, that very lift was a major attraction in the very early days of the hotel when it was owned by the Musgrave family. 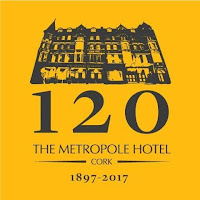 “Cork,” he said, “is a great city to work and live in. And also a great city to visit.” He told us that mayors from two of our twin cities will visit this year and he is also looking forward to a visit from the World Health Organisation to mark Cork's designation as a healthy city. “The Metropole has played its part in the development of the city. Long may it continue.”

General manager Roger Russell was next to address the guests and said it was a great opportunity to look back through the memories. “The response has been phenomenal, especially from former team members. What a story she, the Grand Dame, could tell, of the city, of the world. After starting in 1897, the Metropole, which was a temperance hotel owned by the local Musgrave family, quickly established itself."

"In more recent times, just forty years ago, it began its relationship with the Cork Jazz Festival and we’re looking forward to the new Oyster Festival in September. I'm very proud to be manager here this evening.” And he finished with a big thank you to the team.

Aaron Mansworth, Group General Manager and Director at Trigon Hotels (they also include the Cork International Hotel and the Cork Airport Hotel in their portfolio), extended a big welcome. “It’s wonderful to be here. I spent five years working in the Waldorf Astoria in New York and there are certain similarities. We had a great team there and a great team here. 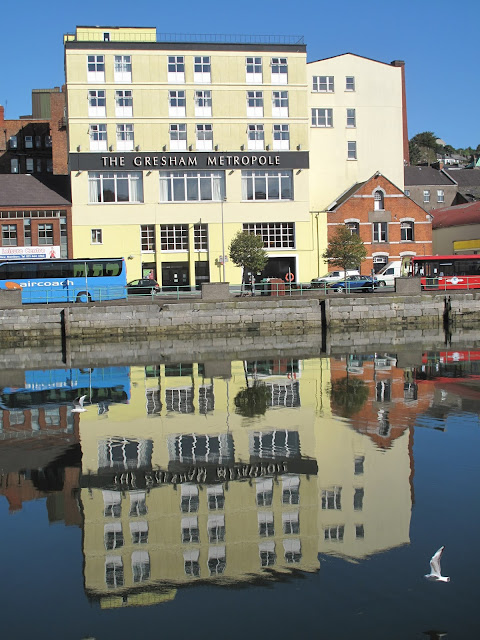 And he spoke of the exciting plans for the area and their new “M” hotel to be built nearby on the old PJ O'Hea site. “It is a wonderful project. Will be a huge benefit to the area, especially in terms of jobs. I’d like to acknowledge the local  business people who have put McCurtain Street back on the map. Here in the Metropole, we hope to continue creating memories for life! So please join with me in raising a glass to the wonderful Grand Dame!”

And that we were all glad to do. The hospitality was terrific. All kinds of drinks: bubbles, beer, wine, cocktails. And chef Shane O’Sullivan sent out a constant stream of delicious canapés. And all the while the band (jazz, of course) played. A lavish party, they promised. And that is exactly what the Grand Dame and the team delivered. Here’s to another 120.


Let us take a  few “flashbacks” to incidents in the hotel’s history before we finish. Edward VII is reputed to have had tea on the roof of The Metropole when he visited Cork in 1903 for the city’s Great Exhibition. Down the years many more famous personalities have been guests of the Metropole, and included Gregory Peck, James Mason, Frank O’Connor, John Steinbeck, Vittoria de Sica, John Huston and Walt Disney.

However it was Dawn Adams, the 1950’s British film star, who created the greatest stir when she stayed at The Metropole. When she was attending the Cork Film Festival she requested a bath of milk. Douglas Vance, the famous hotelier of the Metropole, refused such a request as the people of Cork were finding it hard to makes ends meet. The story made headlines around the world at that time.

It wouldn’t be Cork without someone taking the pee!  According to a weekend Facebook post, one Cork comedian said that Dawn Adams eventually had her milk bath and while it was being poured a porter knocked at her door and she told him to go away as she was having a milk bath. He asked if it was pasteurised and she replied "it isn't past my ass yet“. 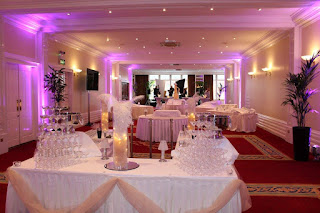 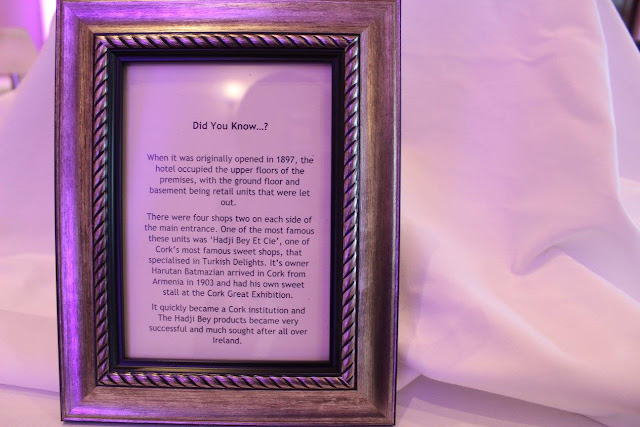