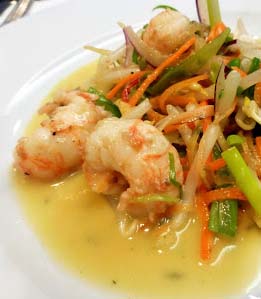 This time two waiters appeared. One placed a cocktail in front of each of us, while the other set down on the table an array of appetizers, traditional fare from the fabled bar upstairs - ’21’ Club mini-burgers, crispy chicken wings, jumbo shrimp cocktail, and a large charcuterie.
“Nobody’s mentioned the mob,” Mike said, dredging a shrimp in the sauce and moving it to his mouth without a single drip. “You know something we don’t?”