Cork Summer Show 2017. Town and Country Get-together in the sun.


Town and Country Get-together in the sun.


The organisers of the Cork Summer Show got the weather they, and it, deserved this weekend and once again it proved to be a very enjoyable occasion, a chance to catch up with old friends, to try something new (like the Cotton’s Ball’s Cascade beer), to pick up info from the County Council tent on the many things to see and do from Mitchelstown to Allihies, from Youghal to Newtownshandrum. 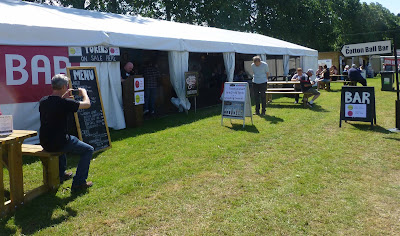 First friendly face we recognised was Sandra Murphy. She had been up late at the previous night's fashion show in the Cork International Hotel but was in bubbly form as always at their desk. We entered a competition there, so fingers crossed!

Then we met Rebecca at the Taste Cork tent, all busy preparing for the day-long schedule of cookery demos. Up and down the rows of trade stalls then before arriving at the County Council stands where we collected quite a few information leaflets on places like Spike Island and Camden Fort Meagher, along with those handy town maps for places like Clonakilty, Youghal etc.


It was getting busy at the western section as owners (often with the whole family) prepared the cattle and horses and more for the judges. The equine judges were first in action and I must say I was taken with the side saddle event even if there were just two competitors.

Something cool was now in order and we got a delicious ice-cream from Clonakilty Ice-cream (I recommend the honeycomb!) before moving on to see the petting section. Luckily for the pigs and hunting dogs (there were two packs) here, the tops of their cages were partially covered so that they could enjoy some shade. 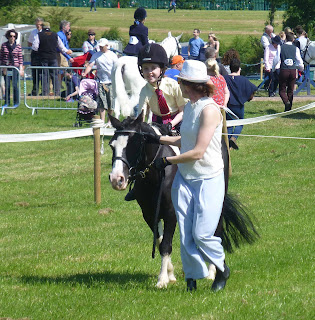 The poultry section had quite a few exotic breeds including a big line-up of bantams. The owner of one helpfully opened the cage door for me and I was able to get a close-up of his Polish Bantam hen; the cock was next door but that cage stayed shut! “A high maintenance couple,” the owner confided. The newly elected City Lord Mayor Tony Fitzgerald was being shown around as we got back to the entertainment area where many families were sitting on anything from long wooden seats to bean bags) having a bite and a drink and listening to the music or enjoying the magician.

A bit early perhaps but we did enjoy a glass of that Cascade, a well hopped deliciously flavoured beer from the Cotton Ball, with an abv of just 3.8%. Lots of other choices here too, including local gins and whiskeys. 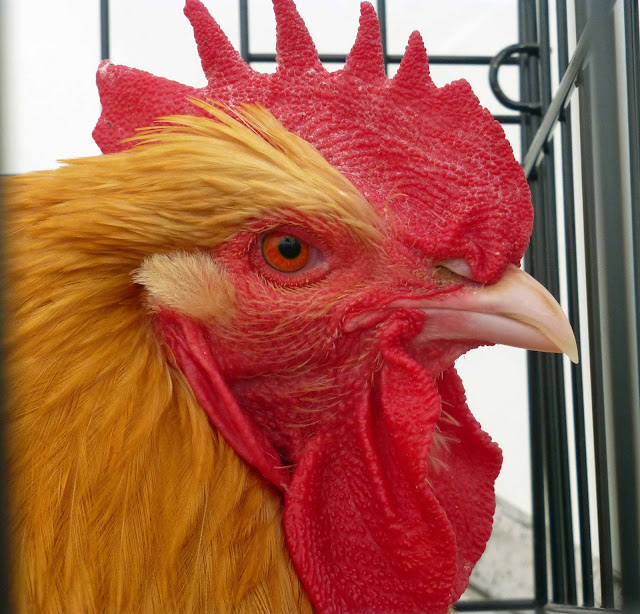 By now, lots of old Ford vehicles were motoring into the grounds, cars, vans and tractors, as the show organisers recognised the company’s 100 year old links with the city and county. Some lovely old, and not so old, vehicles here and we got a personal run-down on a 1947 Prefect, even info on courting in the back seat! My Dad had one of these in the early 60s


How about a bit to eat? The only problem here was making up your mind; there were so many stalls, big and small, selling food to eat on the spot. A few months back, I got some Peri Peri sauces to sample from Athula and when I saw he was doing food here, I had to try it. And yes indeed, his Peri Peri Chicken Pitta was delicious and nicely spiced (I had asked for medium!). That and a glass of water was dispatched while standing at a barrel table as the sun beat down. 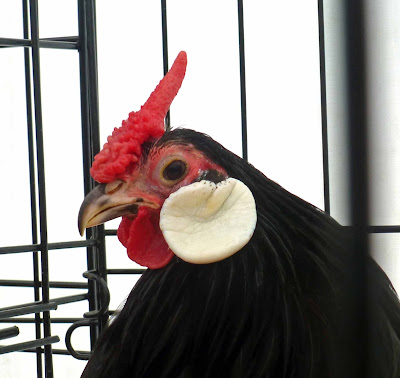 We were into the afternoon now and, having arrived early, stamina was running out. Besides, the dog, who had been left at home, would need to be walked, so we retreated from Curraheen, meeting many people on the way in. This is a huge attraction for town and country and deserves all the support. And they came in record numbers. It is estimated that 27,000 people attended the show on Saturday and a further 33,000 attended on Sunday.