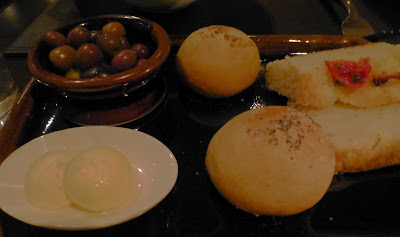 Walked in off the cold of Henry Street to the warmth of Mulcahy’s Restaurant one evening last week. For a second or two, thought there was no one home but that was just the dim lighting in the Kenmare restaurant.

The cold outside was soon forgotten and, after a warm welcome, we were shown to our comfortable seats and, now accustomed to the lighting (it wasn't that dim!), began to study the menu, with the helpful staff reminding us of the specials board and also advising us of one or two minor changes. 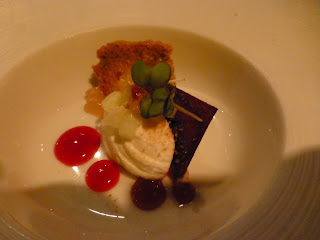 Sampled a couple of tasty breads as we began to make our minds up and indeed there was also a lovely Amuse Bouche, goats cheese and beetroot, delivered to the table.

There were seven or eight starters to choose from, including the soup at €5.50. I picked the Hen Egg, twice cooked, Asparagus, Iberico Ham and Garlic Hollandaise (€7.50). Quite a combination of tastes and textures but really well balanced. The other starter also went down very well indeed. It was that bit different: Cannelloni, Prawn, Salmon and Lobster, Bisque, and Parmesan (11.00). 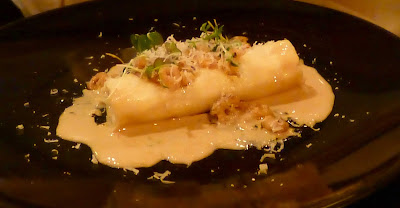 They use a great deal of local produce here and fish is obviously going to feature strongly. Again there were seven of eight choices for mains and three were fish: Halibut, Scallop and Lemon Sole. We weren’t complaining. On the contrary!

Halibut doesn’t feature that much on local menus so this was my pick: Roast Halibut, Mussel, Bacon and Clam Cream (26.00). Excellent, as was the side dish of vegetables and potato, included in the price. 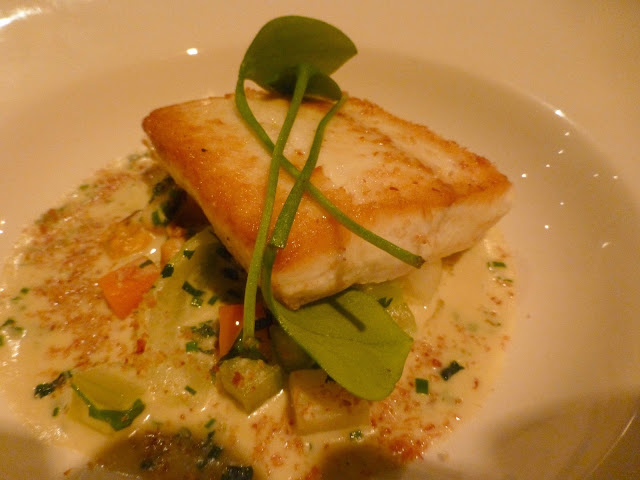 The same veg was included in CL’s choice: Lemon Sole with Tomato Brown Butter (22.00).  This is cooked on the bone and served whole. Takes a bit more “work” with the knife and fork but well worth it!

Each of the desserts on the short list costs seven euro, though you’ll pay two more for the cheese plate. Some interesting choices here and I gave it a bit of thought before picking the Rhubarb Mille Feuille. The photo will give you an idea with the rhubarb, in a form of ice cream, between the pastry layers. Very enjoyable, a kind of low key sweet and sharp! CL went for the equally delicious Passion fruit Soufflé with Honeycomb ice cream. 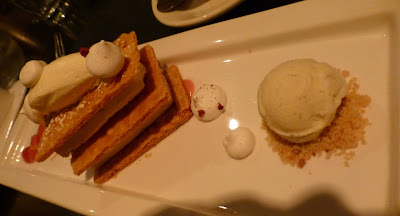 Finished off with a cup of tea. They were out of my favourite Rooibos so I switched to Earl Grey and that was no hardship! There is a big enough wine list here, with some expensive ones, but I settled for a glass of a crisp De Martino Sauvignon Blanc (Chile) that went well with the fish.

Head Chef Bruce Mulcahy is back and Mulcahy’s are once again known as Mulcahy’s with the short-lived Wild Garlic title now redundant. So there you have it. To find them, go to Henry Street, Kenmare, though you may have to park some distance away as the town is short on parking spaces.