While in Bradley’s recently (always recently!), I had an enjoyable chat with Michael Creedon about the amount of Irish beers now on the market and we began to discuss our favourites and also the top selling beers from the dozens and dozens available in the North Main Street store.

So we went to work on a few lists but decided to leave out seasonal beers, which we both enjoy. In the past couple of months, I was delighted whenever I had a glass of A Winter’s Ale (8 Degree Brewing) or one of the Dungarvan Coffee and Oatmeal Stout in my hand. Draught beers – the Tom Crean lager and the Franciscan Well’s Friar Weisser are among my current favourites – were also left out of these lists.

When it comes to bottled Irish, I have a grá for the black stuff. The boys out in Blair’s introduced me to the Blackrock Stout by the Dungarvan Brewing Company the best part of a year back and it has been a firm favourite since.

And it was in Blair’s also that I met the folks from the West Kerry Brewing Company. I had already made the acquaintance of their Carraig Dubh porter and that too is building up into a long term relationship.
When it comes to ales, I have a preference for the wheat beers. Not too many bottled in Ireland but one that is and one that I really like is Curim by the Carlow Brewing Company.

Don’t think I’ve really made up my mind about a favourite among the regular ales. The current top choice is the Galway Hooker Irish Pale Ale but I’m open to offers! 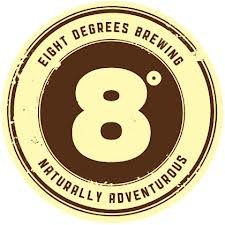 In any case, I mustn’t be drinking enough of them as none of mine have made the best sellers list in Bradley’s where the current top four selling Irish craft beers are:

O’Hara’s Irish Pale Ale (abv 5.2%)
This pale ale has a light malt base with just the right mouth feel to allow the hop character to predominate. Grapefruit like bitterness is full and lasting and is balanced by a zesty citrus burst of aroma from the late addition of cascade hops. The Citrus flavours give way at the end to the floral, spicy bitterness of Amarillo hops.

Eight Degrees Howling Gale Ale (abv 5%)
It pours a pale golden colour and the malty sweetness is well balanced by the American Chinook, Amarillo and Centennial hops. Howling Gale has a pleasant grapefruit and citrus aroma and goes well with fish, chicken or anything off the barbeque.

Dark Arts Porter, 500ml (abv 4.4%)
A dark, almost black porter, named for the part of the brewing process not quite covered by science.
Dark Arts is brewed using a healthy dose of Black malt and Chocolate malt, to add to the flavour as well as to give the beer its dark colour. This unfiltered porter has a clear roasty flavour, but with hints of caramel and chocolate, while maintaining enough bitter hop presence to preserve its balance. 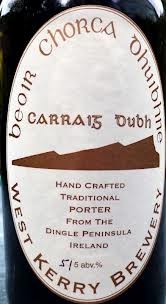 I wasn't letting Michael Creedon off the hook and asked him to pick the “house” favourites: “Our favourite Irish craft beers and the ones we like to recommend change with the seasons and even with our mood! Ones we’re really enjoying at the moment include -

Dungarvan Brewing Helvick Gold Blonde Ale (abv 4.9%)
A great introduction to the world of craftbeer, this blonde ale is not a bland ale. There is a complexity at play here with a fruity aroma balanced by a hoppiness that makes it a slightly challenging but still quite easy to drink beer.

Eight Degrees Brewing Knockmealdown Porter (abv 5%)
A robust malt-driven ale balances dark malts with some old world bitter hops. It won’t weigh you down like a stout and offers a rich chocolaty aroma with a burst of espresso.

Now, what are your top four?