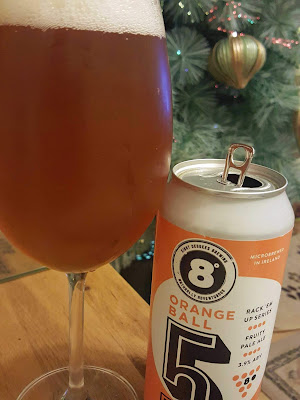 Very much into seasonal when it comes to my food. Not so much when it’s beer. Especially when there’s a can handy, a can from Eight Degrees called Orange Ball 5. It’s part of their 8th year anniversary celebration series called Rack ‘Em Up and intended to be a summertime sup.

But I come across it late-ish, on a December night on the run-in to Christmas, spot the 3.9 abv and I say to myself that this Fruity Pale Ale fits the bill. Athgarret Malt, Ireland’s newest maltsters, as suppliers of the wheat and oats, get much of the credit. Credit too though to the brewers at the Mitchelstown brewery who came up with this fruity sessional pale ale, silky sunshine on a cloudy day. Just the job to fit this Bill, late on a windy Friday night. A juicy wet sunshine-ey kiss, declares the label. A kiss for all seasons, methinks.

Staying a bit out of sequence here, all the better to draw your attention to the Blue Ball, number 2 in the series. This one’s a coffee infused Vienna Lager (4.50%). You usually come across coffee in stouts but the Eight Degrees boffins went outside the box - they usually do - when they got together with local coffee roaster Badger & Dodo.

I admit to be being a little sceptical when I pulled this one. So it was quite a pleasant surprise when I found the combination worked a treat both on the nose and on the palate. The balance is just spot-on, another winner racked up in North Cork. By the way, who is Dodo? I have met the badger, better known as Brock. 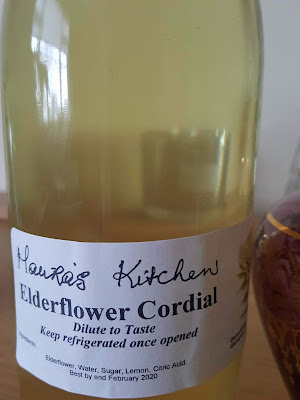 The Christmas dinner was excellent, both food and company, and gave me a chance to pot the black. The  #8 Black Ball Metric Stout that is! Aged in Jameson whiskey barrels, the big bold (11.5%) stout proved quite a match for the Christmas pudding.

For all the excellent beers in the Rack ‘Em Up eight, my favourite remains the Howling Gale Irish Pale Ale. It is the first beer Eight Degrees ever brewed, back in 2011. Perfect then. Perfect now. 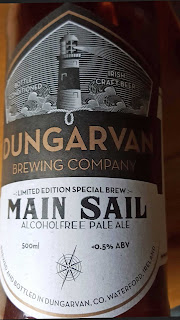 Just going back to Christmas Day. We had quite a few visitors. Some were driving so I made sure to have a few non alcoholic beers in the house. The newish Dungarvan Brewery Main Sail was one and that went down well. One guy enjoyed the Erdinger but no one tried the Russian Baltica.

The big alcoholic attraction though was the Chateau Turcaud "Cuvée Majeure" Bordeaux blanc, a beautiful wine in an impressive magnum, a present for our 50th earlier in the year!

As usual there were bubbles - of various types. And here a local Elderflower cordial, made by Maura’s Kitchen and bought at Killavullen Market, came into its own, drawing lots of compliments. Sometimes, it was mixed with sparkling wine and, where the request was for no alcohol, with sparkling water. Really made quite a favourable impression all round. 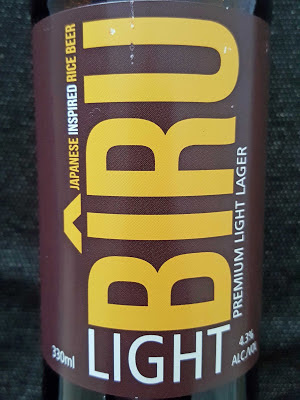 Bīru, appropriately enough since it is the Japanese word for beer, is the name of a premium light lager with an abv of 4.3%, which also proved a favourite. It is a Japanese inspired rice beer;  ingredients also include water, malted barley, maize and hops and is also gluten free.

It certainly tastes pretty well with a very smooth mouthfeel. Easy-drinking, light and refreshing, with very little bittering, it is an ideal session drink. It is contract brewed by Cork’s Cotton Ball Brewery.

As you probably know, the 9 White Deer Brewery, from Baile Bhúirne, have a full range of Gluten Free beers and their Stag Bán ale was very popular with our guests.

So there you are. More than one way to a Happy Christmas! Now here’s to a happy 2020.