Oh What A Wonderful Morgon At La Bonne Tonne 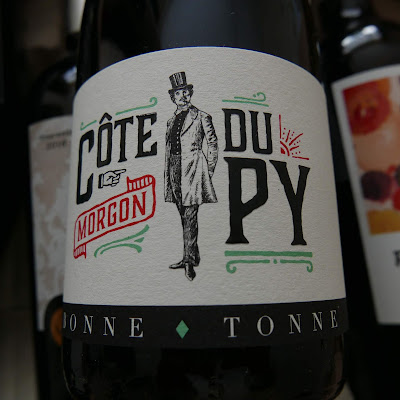 Robert Joseph, whose French Wine was a bible for many of us, wrote in the 1999 edition: “There is something deliciously androgynous about Beaujolais that somehow sets it between red and white, with the colour of the former and the easy drinkability of the latter. The region’s unique ménage à trois of the Gamay grape (a variety that never performs as well elsewhere), granite soil, and the macération carbonique process,…. combines to produce wines with vibrant fruit and almost no perceptible tannin.”

Think he’d have been well pleased with Domaine de la Bonne Tonne, who farm a small area of Beaujolais. The Grillet family have been winemakers for 7 generations in Morgon and their vines are of an average age of 65 years. 1.10 ha is grown in Beaujolais appellation including 50 ares in Gamay and 60 ares in Chardonnay. The wines of the area possess a lot of finesse and a wonderfully expressive fruit.

Here is how the Grillets sum it up: “This is the challenge we have embarked on. To come to live off our profession by producing a small quantity of grapes for a great quality of wine and to make finally express itself this soil so rich which does not require less. The 'black gamay with white juice', the only grape variety authorized for red wines in Beaujolais, can thus translate all its complexity of aromas.”

Did you know that the Gamay grape is an exile? In 1395, it was outlawed by Royal decree as being “a very bad and disloyal plant”. Sixty years later another edict was issued against it. And so it was pushed out of Burgundy and south into neighbouring Beaujolais where it has thrived on the granite based soils. Wonder what those royals, Philippe the Bold and Philippe the Good, would make of these beautiful authentic wines from Bonne Tonne. 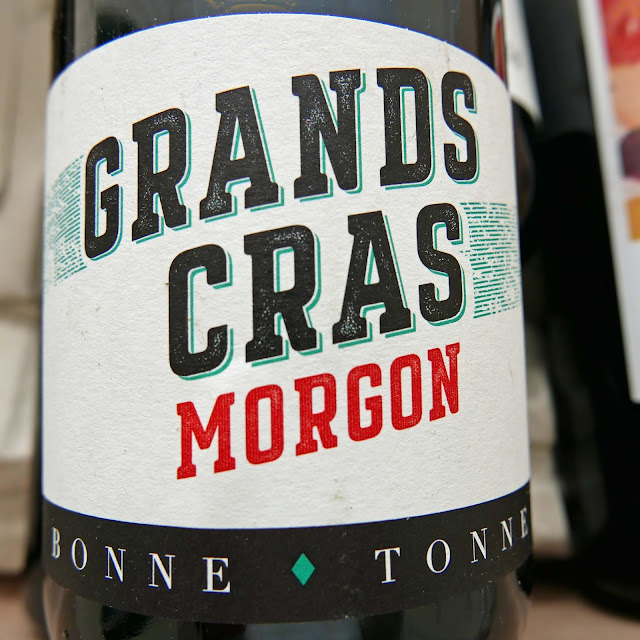 Colour is mid-ruby with the tears reluctant to disappear. Inviting aromas of freshly crushed strawberry and blackberry, floral notes also. All lead to an expected big kiss of concentrated sensation on the palate. A perfectly harmonious experience though, thanks to the acidity and those silky tannins. Loveable all the way to a very satisfactory finish indeed. Very Highly Recommended.

Wine Enthusiast gave this 93 points saying: “The Grillet family's organically grown wine shows delicious, pure flavors of jammy blackberries cut with acidity. It comes from old vines in one of Morgon's cru vineyards, giving both concentration and a mineral structure.”

Grands Cras is one of the three climats in which the the Grillet family operate in Morgon, the others being Cote de Py and Charmes. Les Grands Cras is at the foothills of Cote de Py.  Charmes is a granite area in the west part of the cru Morgon. 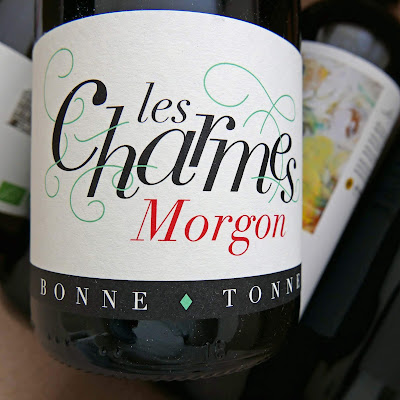 Again mid-ruby is the colour. Rich jammy aromas of dark berries. And again we get those pure and delicious flavours of the fruit, plus the usual fresh acidity, smooth and velvety all the way to the excellent finish, a harmonious trip from initial attack to the finalé.

Made from 100% Gamay grapes from vines with an average age of 65 years, it is vinified naturally with natural yeast and no added sulphur in the wine making. This wine, like all the Bonne Tonne bottles, is made with authenticity and aplomb, and little else. No herbicides, no pesticides here. No filtration and a minimal dose of SO2 is added to the bottling to avoid any degradation of the wine during transport.

Colour: Mid ruby, tears slow to go. Intense and rich and inviting dark berry aromas, fresh and complex. And that all follows through to the immediately loveable palate, rich and rounded, seamless harmony all the way through to a long intense finish. Very Highly Recommended.

The Morgon "Côte du Py", is the most famous climate of the vineyard. There are ten crus in the Beaujolais region and Morgon, as you probably know, is one of them. With the typical acidity, these wines can match a range of foods. One suggestion that I fancy is Moroccan Lamb Tagine with apricot.

World famous for its exceptional soil resulting from ancient volcanic activity, the soil of the Py hill is composed of decomposing volcanic elements, with the presence of iron oxide and manganese. The blue rock is friable, and so the locals have been known to claim that the best Morgon are made on this land of  terre pourrie (rotten rock)! 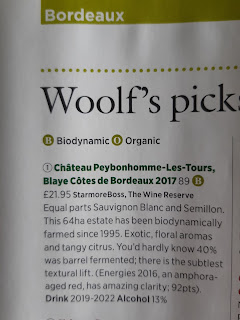 Mary Pawle will soon have this gem (due by end of the month); she already has the Energies on her list. I'll be ordering! The review above is from November's Decanter.