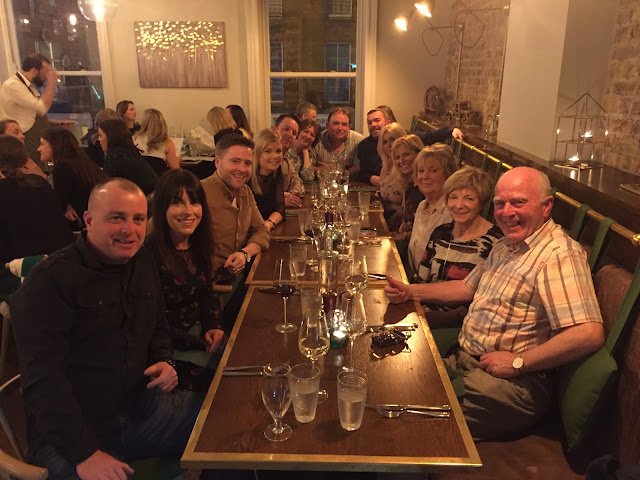 Over a dozen of us descended on The SpitJack last weekend to celebrate a significant birthday (and also the 70th anniversary of Ireland's 1st ever Triple Crown win!). We were seated upstairs in one of the most delightful dining rooms in the city and, with the aid of a confident crew, both in the kitchen and front of house, enjoyed a delightful meal and a lovely evening.

We worked off the regular dinner menu where there are many choices and while the group were studying their options, I decided on a couple of wines, my first time having wine here. The red was Leda Truffle Hunter Barbera D’Asti while the white was La Mariniere Muscadet Sevre et Maine. I'm getting back into Muscadet, after a bit of a lay-off, and enjoyed this creamy lees aged bottle. Indeed, the white was slightly more popular on the night. The fresh and fruity red though also went down well.

Great buzz at the table and indeed a great buzz in the restaurant as a whole. The place was packed, upstairs and downstairs, and as soon as a table became free it was filled again. Hard to beat good food, good friendly service and all at fair price in impressive surroundings.

Now for the main event. Nine main dishes were listed along with two specials.  I've enjoyed the Lamb Shank here before and not surprised that it was the most popular choice though the cod and the  chicken ran it close. The Lamb came braised and rotisserie roasted with Red Wine Glaze, Pearl Barley & Winter Vegetable Cassoulet, Crème Fraîche, Mint Oil, Braised Lamb & Brandy Jus. By now, the SpitJack newcomers in the group were well impressed and checking around to see what they’d order next time.

In the meantime, I was enjoyed my Monkfish special and sipping the Muscadet, the wine a long way in terms of quality from the 7 or 8 franc bottle that I used buy on early visits to France away back when! Another highlight at this stage were the side plates of Rotisserie Potatoes, enhanced by the juices dripping from the meat cuts above.

Not everyone stayed the course for dessert. Among those that did, the Vanilla Crème Brulée with Pecan Shortbread was the most popular. They serve it in a large-ish shallow dish so you get a large caramelised disc, very tasty as I confirmed once again! Coffees galore and soon we were ready for road. The night, after all, was still young, just like the evergreen guest of honour! 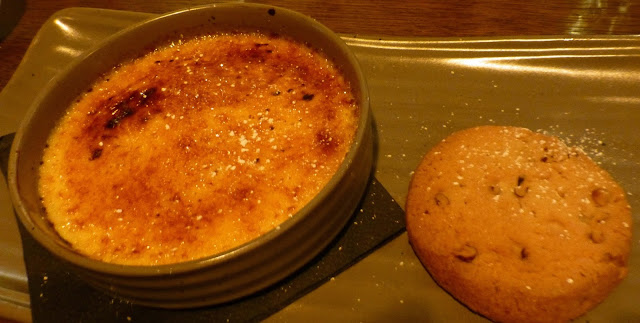