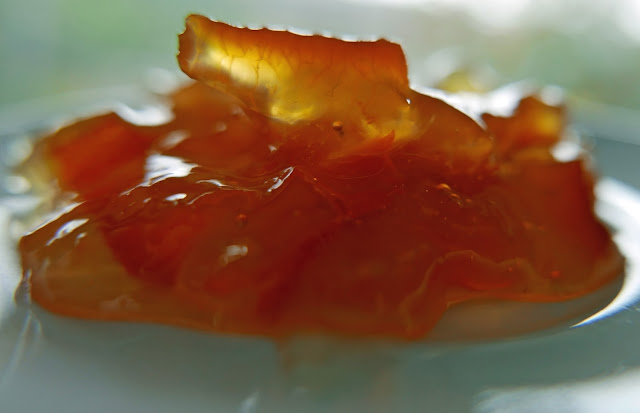 This is going to be short as I have very little information on Claire Trihy, the producer of our Taste of the Week, an outstanding Seville Orange Marmalade.

I was in Mahon Farmers Market the week before last and realised I was running out of marmalade when I saw this pot on a stand - can't even remember which stand! 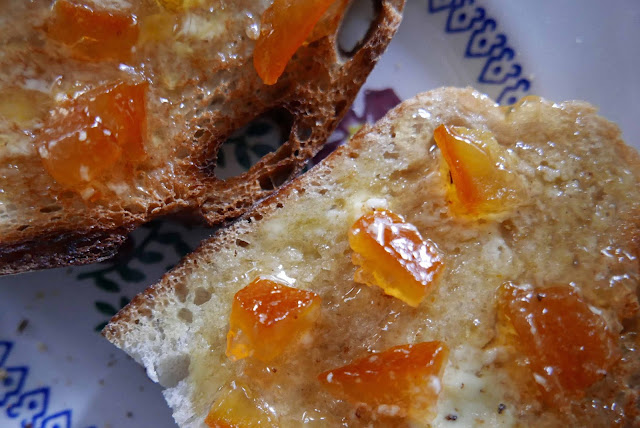 But I bought it straightaway. When I opened it up a few days later and tried it on some Arbutus sourdough, I just had to stop and savour the magnificent tangy flavour - lots of peel in here! It is one of the very best Seville marmalades I've ever come across and just had to make it Taste of the Week!

The small label attached to the jar gives the ingredients and little else. The address though is there: Whitfield, Butlerstown, Waterford. Might be easier to find the marmalade in Mahon next Thursday.