Best of the Wild Atlantic in Quinlan’s Seafood Bar Killarney 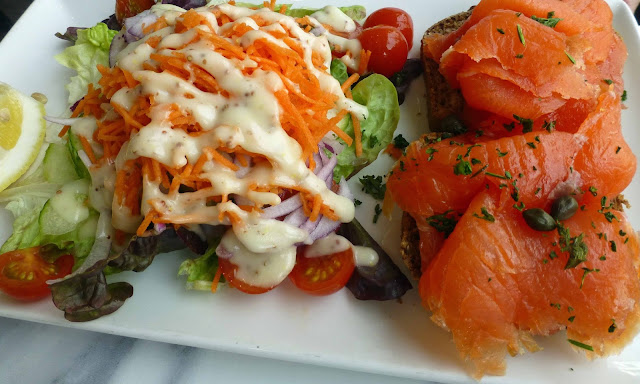 Best of the Wild Atlantic in
Quinlan’s Seafood Bar Killarney

Got a lovely welcome and a lovely lunch as well when we stepped into the bright and airy Quinlan’s Seafood Bar on High Street Killarney on a recent wet Thursday. It was quite busy, but the one or two bottlenecks were dealt with capably by the friendly front of house lady, working calmly on her own. 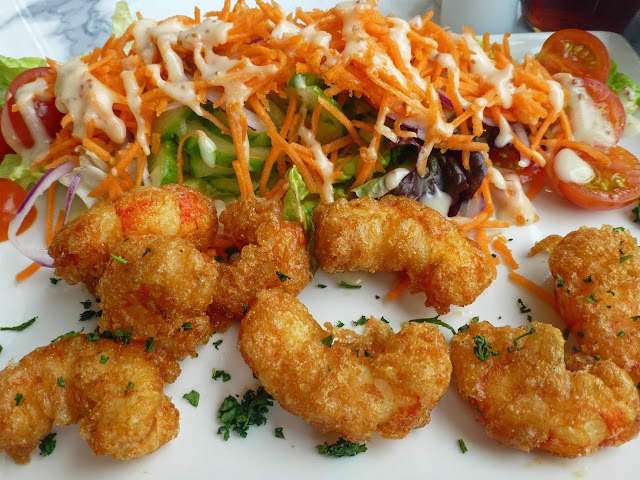 We got a seat by the window that looks out on to the street in this long narrow restaurant that also does takeaway. A banquette, at right angles to the street, provides much of the seating up the long side and opposite that you have the counter for service and takeaway. By the way, there is no wine or beer licence here but you’ll get plenty of water, teas, coffees and soft drinks.

Soon we were studying the menu. We needed no more than the main course so skipped, a little reluctantly, the promising Valentia Chowder. No shortage of fish and chips here - they are famous for them. You have quite a choice of fish: Whiting, Plaice, Haddock, Cod and Hake. No shortage of sides either: chips, onion rings, garden salad, mushy peas.

CL had heard only good things about their own smoked salmon for which the family has won quite a few awards and she picked the Open Sandwich. Here the salmon is served on brown bread and comes with a straightforward salad and lemon wedge, all for €11.95. The amount of “smoking” is nicely judged and the flavour of the salmon itself is not diminished but rather enhanced by its engagement with Irish oak. A lovely dish indeed. And do watch out for that smoked salmon at the Quinlan's fish shops.

Most of the fish here comes from the nearby Atlantic coast, much of it caught by Quinlan’s own boats. They have been at it since 1963 and export fish “all over the world”.  They have had fish shops in Killorglin and Caherciveen since the late 1980s and added two in Tralee and Killarney in 2009, with the Tralee shop winning National Seafood Specialist of the Year in 2011. Now, with the fish-bars, it is out of the blue and straight to you from people who know what they are doing.

Now back to my lunch. I could have had Portmagee Crab Claws, Dingle Bay Wild Squid, Homemade Fish Cakes, an Open Shrimp Sandwich but, in the end, couldn't resist the Deep Water Atlantic Prawns (14.95) in a light tempura batter. Chips were an option but I choose the salad. The Prawns were magnificent. Indeed, there was so much looking across the table at the other’s dish that we swapped plates half-way through, both of us very happy with this very tasty lunch.