In 1977, the New York Times sent Mimi Sheraton, their restaurant critic, to France for a month where, among others, she lambasts the renowned Paul Bocuse. 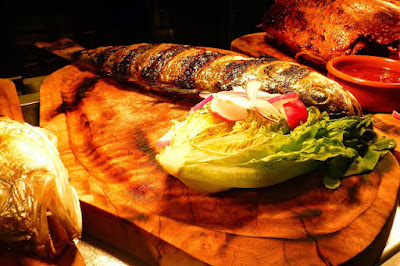 Eventually she appears on a French talk show, masked by a veil… She tells Paul Bocuse that, in the interest of quality, he should perhaps start to spend some time in his restaurant’s kitchen. When the show is over and the cameras are turned off, the gourmet chef becomes violent. He tries to rip of Sheraton’s mask, she pushes him away, Bocuse stumbles and falls. Afterwards, Sheraton feels regret. That’s what she tells People magazine. Regret that she didn't slap him in the face.

from In the Restaurant (2016) by Christoph Ribbat. Very Highly Recommended.